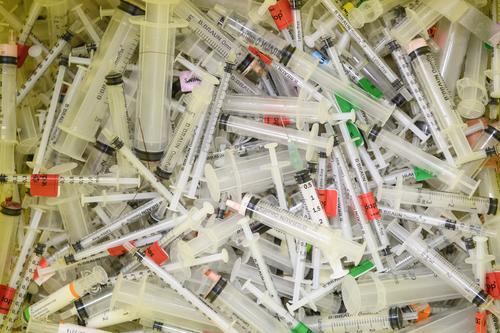 Philadelphia is trying to become to first American city to open safe injection sites for drug users, in a bout to combat the destructive and widespread opioid crisis that has torn through many towns and metropolises. Public Health Commissioner Dr. Thomas Farley reveals that these sites could turn out to be “a life-saving strategy and a pathway to treatment.”

However, Farley claims that “no one here condones or supports illegal drug use in any way,” but rather “we want people saddled with drug addiction to get help.”

These safe injection sites will come equipped with doctors and nurses who will supervise the proceedings, as well as administer an overdose antidote if required. The city hopes to hear back from operators who are interested in establishing these sites, as the city can also provide outreach services to try and help addicts seek the proper care in order to curb their destructive habits.

Officials from Philadelphia visited already-established safe injection sites in both Canada and Europe, which have helped to reduce the number fatal overdoses, stop the spread both HIV and hepatitis C, as well as create safer neighbourhoods free from littered and biohazardous needle waste.

Philadelphia Police Commissioner Richard Ross once vehemently opposed the idea setting up safe injection sites for drug users. However, Ross has since had a change heart towards the notion, especially if these stations can have a positive impact on the community, revealing how “we cannot just throw our hands up and say, ‘That’s not my problem.””

Philadelphia has been hit harder than any large American city by the ever-thriving opioid pandemic, as 1,200 fatally overdoses occurred throughout 2017.