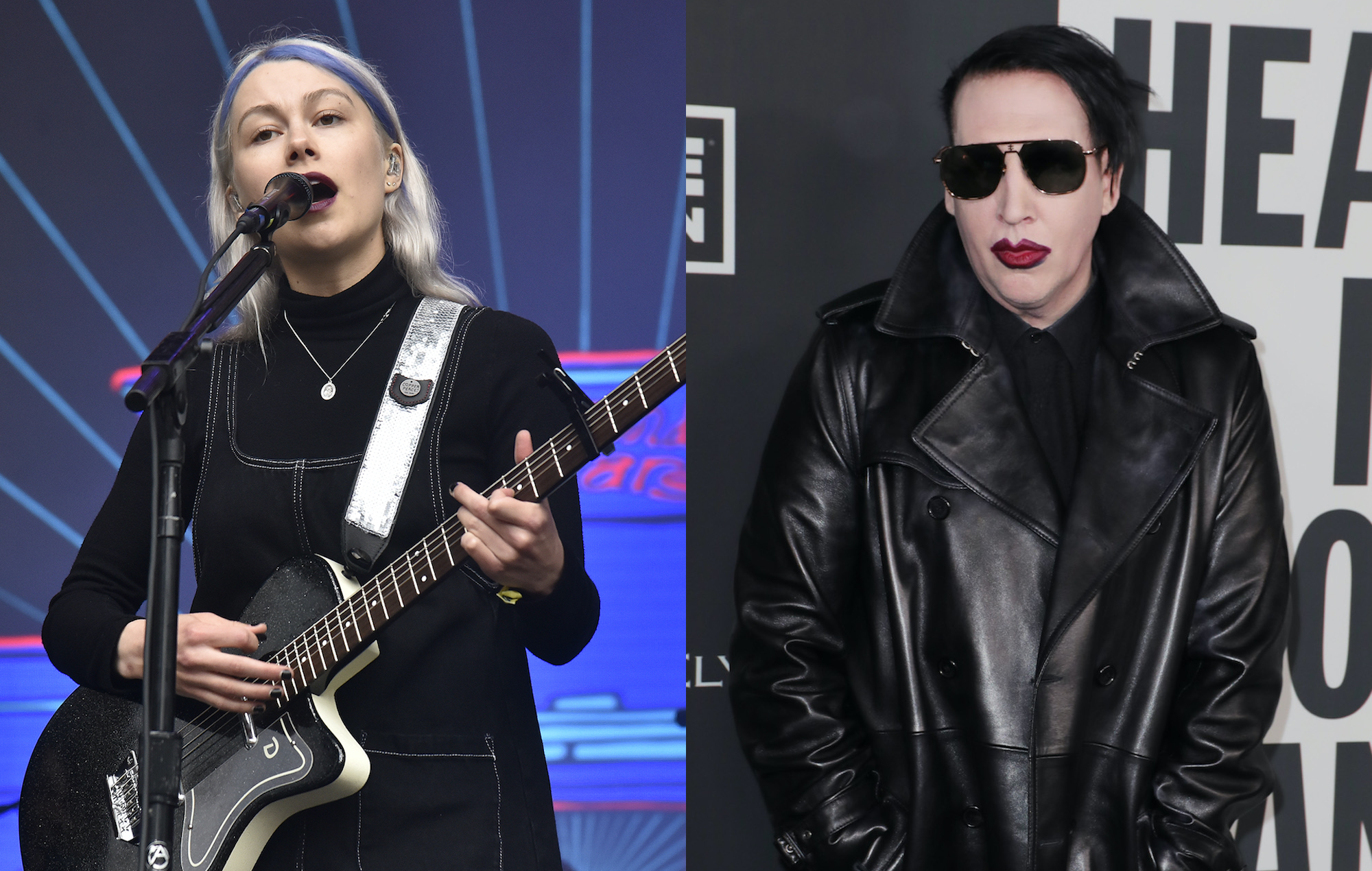 Phoebe Bridgers has spoken out about her own experience with Marilyn Manson in the wake of the musician being accused of sexual assault.

Actor Evan Rachel Wood and four other women claimed on Monday (February 1) that Manson had abused, groomed and manipulated them.

“He started grooming me when I was a teenager and horrifically abused me for years,” Wood wrote on Instagram. “I was brainwashed and manipulated into submission. I am done living in fear of retaliation, slander, or blackmail. I am here to expose this dangerous man and call out the many industries that have enabled him, before he ruins any more lives. I stand with the many victims who will no longer be silent.”

Manson denied the allegations in a statement posted to Instagram, writing: “My intimate relationships have always been entirely consensual with like-minded partners. Regardless of how – and why – others are now choosing to misrepresent the past, that is the truth.”

Bridgers shared her own experience with Manson on Twitter earlier today (February 4) and claimed those around him were aware of his alleged behaviour before the allegations were made public.

“I went to Marilyn Manson’s house when I was a teenager with some friends,” the singer-songwriter tweeted. “I was a big fan. He referred to a room in his house as the “r*pe room”, I thought it was just his horrible frat boy sense of humor. I stopped being a fan.”

I went to Marilyn Manson’s house when I was a teenager with some friends. I was a big fan. He referred to a room in his house as the “r*pe room”, I thought it was just his horrible frat boy sense of humor. I stopped being a fan.

I stand with everyone who came forward.

She added that she “stand[s] with everyone who came forward”.

Since the allegations from Wood and the other women were made public, Manson has been dropped by his label Loma Vista and his booking agent CAA. Loma Vista announced they were no longer working with the musician in a statement that read: “In light of today’s disturbing allegations by Evan Rachel Wood and other women naming Marilyn Manson as their abuser, Loma Vista will cease to further promote his current album [‘We Are Chaos’], effective immediately.

“Due to these concerning developments, we have also decided not to work with Marilyn Manson on any future projects.”

NME has contacted Manson’s label and management company for comment on Bridgers’ claims the companies and his band were aware of his alleged behaviour.

He has also been axed from his planned TV roles, with his appearances cut from American Gods and the Creepshow anthology.

Manson has also been condemned by his former collaborator, Nine Inch Nails’ Trent Reznor, and Limp Bizkit’s Wes Borland – who played guitar for Manson for one year – since news of the allegations broke.