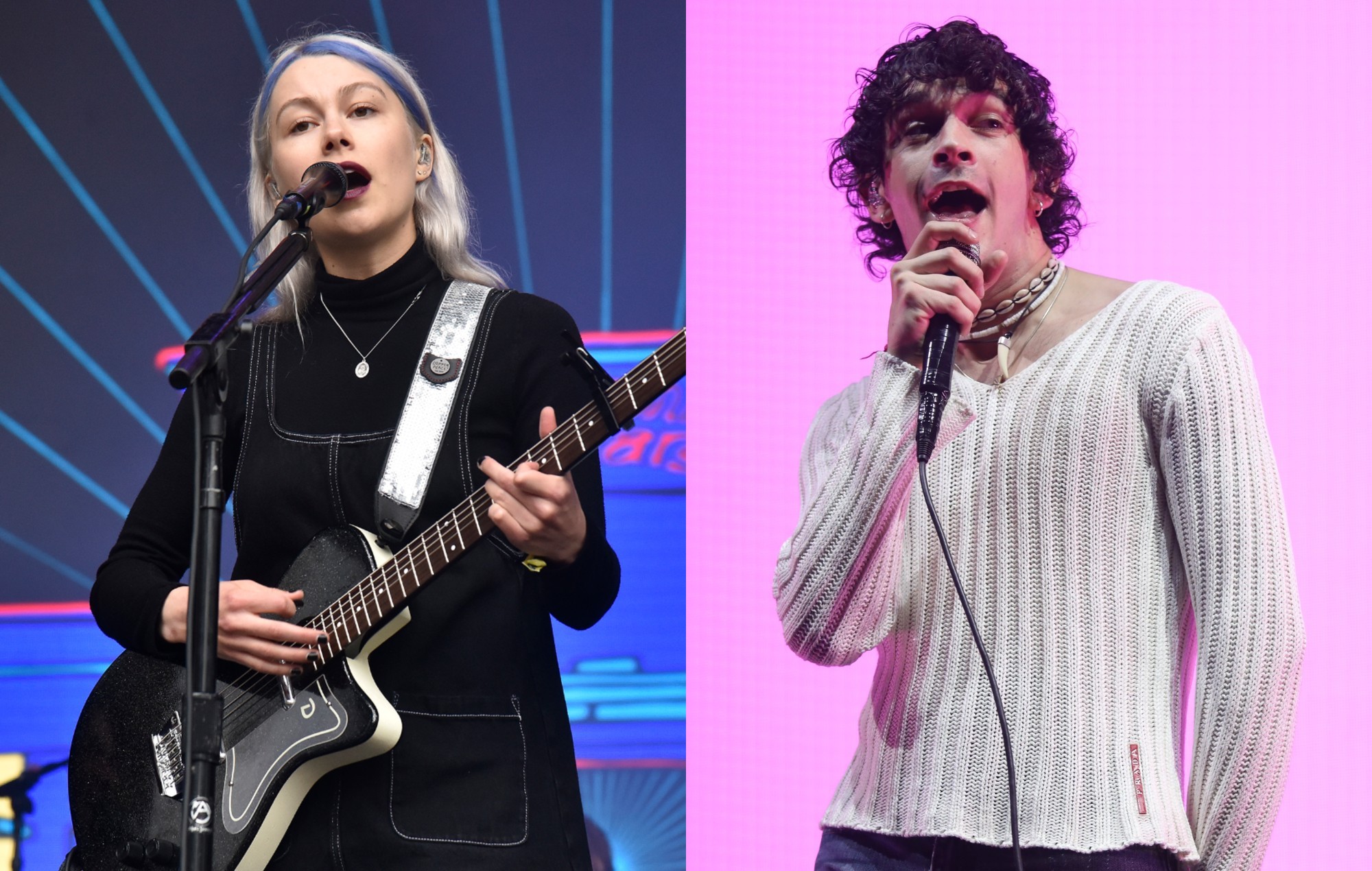 Phoebe Bridgers, who collaborated with The 1975 on their recent record ‘Notes On A Conditional Form’, has said that hating the band is “sexist”.

Bridgers contributed vocals to the track ‘Jesus Christ 2005 God Bless America’, which she describes as “a duet, but the people in the duet don’t want to fuck each other. It’s a love song of two lonely people.”

Asked about critics of the Matty Healy-fronted band, Bridgers told The Forty-Five: “Hating The 1975, I feel like, is sexist.”

Adding, on the subject of musicians being ‘cancelled’, Bridgers said: “People trying to cancel Billie Eilish is my favourite. It’s just like, you can’t handle how cool she is. Or people saying that female indie rock stars were invented by a trust fund or something. It’s like, you know where The Strokes came from? Nepotism and wealth has always informed music. It has never not.

“You get more opportunities or whatever, it doesn’t mean that their music is bad. And if we’re gonna shine that light on women, fucking look around at the men whose parents bought them music as a career.”

Meanwhile, Bridgers recently released her latest album ‘Punisher’, which NME described as “atmospheric indie with an undercurrent of anxiety” in a five-star review.

The musician, who also appeared as the star of NME‘s Big Read earlier this month, recently gave ‘Punisher’ track ‘I See You’ an airing for a solo edition of ‘Carpool Karaoke’.