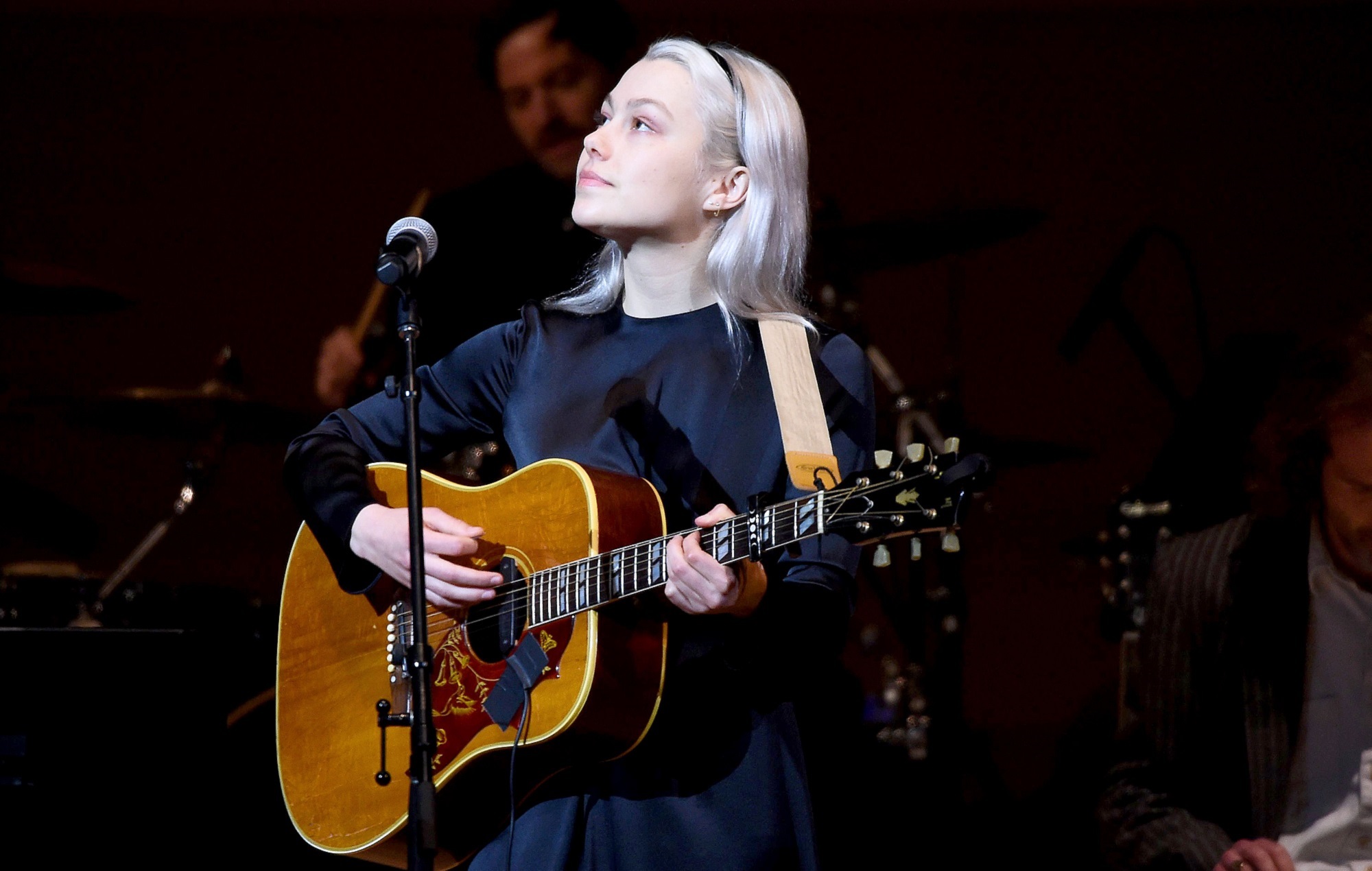 Phoebe Bridgers reflects on SNL guitar smash: “It’s hilarious to me that people care so much”

Phoebe Bridgers has reflected on her decision to smash a guitar during a performance on Saturday Night Live last month.

Bridgers’ actions sparked debate online, with some calling her action “disappointing”, “extra” and an “unjustifiably awkward display of white privilege“. Others, however, claimed such comments were sexist and that a male artist wouldn’t have been criticised for the move.

“I stand by it!” Bridgers said when asked about the controversy in a new interview with Variety.

“The fact that it made people so mad is kind of what’s punk rock about it. No thought whatsoever went into what it represented or meant: I’d never done it before, so might as well do it [on SNL], where it’s gonna be immortalized.”

She continued: “It’s hilarious to me that people care so much, but, I mean, there’s a video of a steamroller crushing a bunch of Gibson [guitars] as a tax write-off because they weren’t selling all of their stock. Let that piss you off!”

Bridgers has previously said that guitar manufacturers Danelectro were informed ahead of time that she was going to do break their instrument – and they even wished her luck.

Among those to criticise Bridgers was veteran rocker David Crosby. He called the stunt “pathetic,” causing Bridgers to label him a “little bitch”.

Foo Fighters‘ Dave Grohl, meanwhile supported her smashing of the guitar, saying “It feels good to do it.”

He also compared Bridgers’ actions to his early days in Nirvana: “It was every fucking night,” he said. “My drums had holes in them from Kurt fucking chopping my drums.”