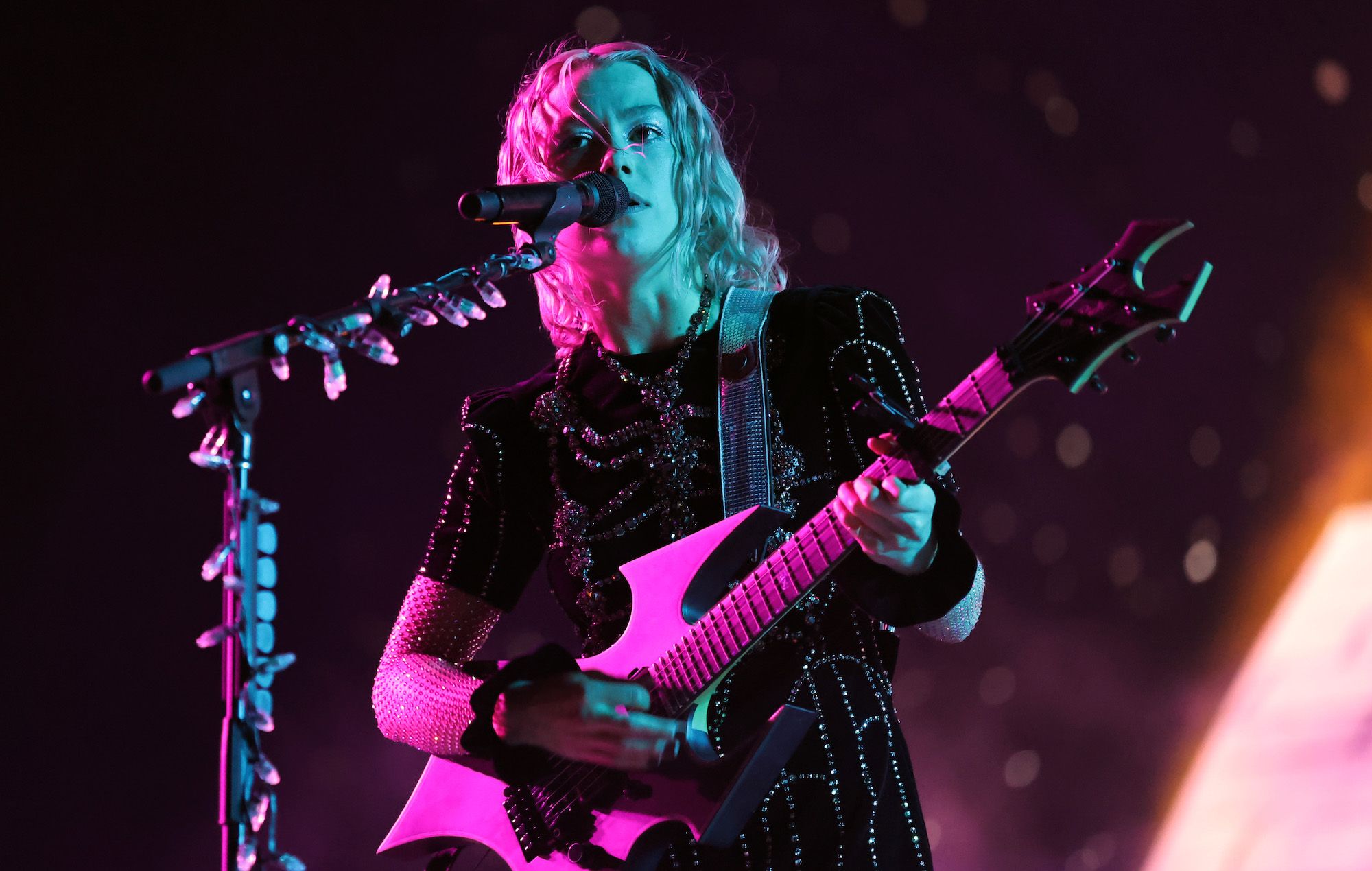 Phoebe Bridgers stopped by The Tonight Show Starring Jimmy Fallon last night (June 15) to deliver a performance of her recent track ‘Sidelines’ – you can watch it below.

The song – which the singer-songwriter released back in April – features on the soundtrack for Hulu series Conversations With Friends, the TV adaptation of Sally Rooney’s novel of the same name.

Notably more optimistic than 2020’s ‘Punisher’, Bridgers recently explained to Variety that her new sound is the result of a shift in focus.

“I’m striving to do more stuff like that. I think it’s more challenging to sound smart and write well about happiness than it is about sadness. In the interest of not seeming trite, I lean toward darker subject matter, just out of comfort. And I think a challenge to myself, now, is being articulate about things that are good.”

Bridgers released an official video for ‘Sidelines’ earlier this month, featuring behind-the-scenes footage from her current ‘Reunion Tour’ shot by her brother Jackson.

For her performance on Fallon, Bridgers donned a black American football jersey emblazoned with her signature skeleton print. You can see the performance below.

Bridgers is currently on her North American ‘Reunion’ tour in support of ‘Punisher’. She will head out on a string of European shows starting next week. She’s also slated to perform at a number of music festivals this summer.

Her UK and Ireland run starts on June 20 at Fairview Park in Dublin. She will then take in shows in Glasgow and Birmingham, followed by her previously announced Glastonbury performance, before heading out to mainland Europe.

Bridgers will then come back to the UK on July 22 for Latitude Festival and couple of dates in Manchester and London.

Meanwhile, Bridgers recently paid tribute to Bruce Springsteen while performing in his home state of New Jersey by covering his 1980 song ‘Stolen Car’.