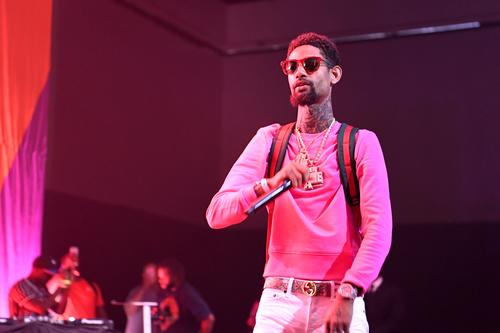 PnB Rock is taking his talents on the road this Winter. On Wednesday, the XXL Freshman & Philly artist decided to hop on Instagram and announce his upcoming “Catch These Vibes” Tour with Quality Control’s own Lil Baby.

The announcement comes just hours after PnB Rock teased an upcoming new song on Instagram, which he said he would drop once his album, Catch These Vibes, goes gold, and that’s happening soon. So peep that preview right here, and look for the full song to be dropping very soon. And if that’s still not enough, look for another collab with Ski Mask The Slump God & Lil Yachty to be on the way as well as a joint project with Desiigner. 2018 about to another monstrous year for PnB Rock.

Until then, check out PnB Rock & Lil Baby’s tour dates (below) and let us know if you’re trying to see these two live.