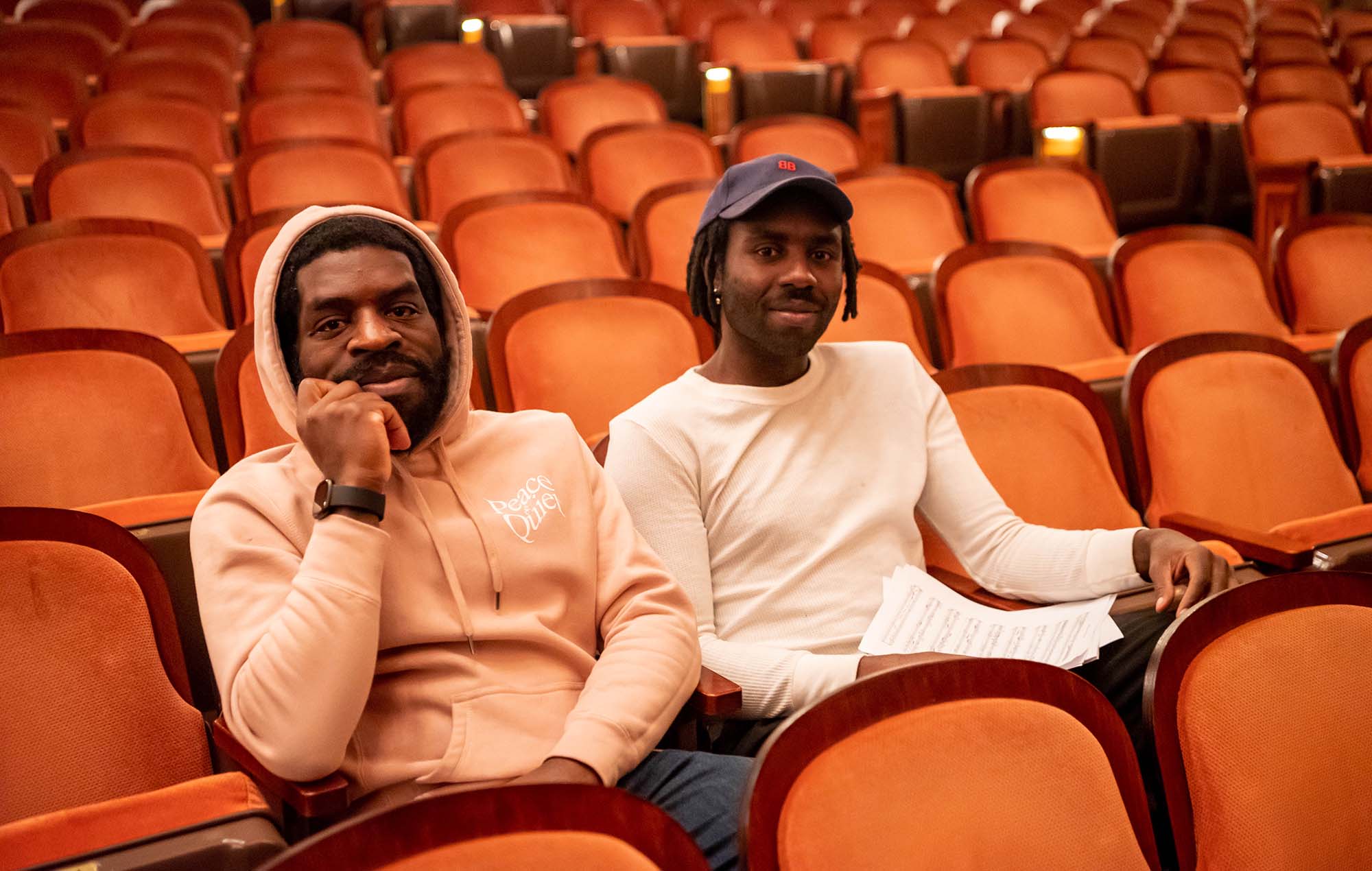 Poet Hanif Abdurraqib on curating at Brooklyn Academy of Music: “We’re building a world around the vastness of Black performance”

Poet Hanif Abdurraqib has spoken to NME about curating Brooklyn Academy of Music’s spring 2022 music series to “build a world around the vastness of Black performance”.

Through multiple books, including Go Ahead in the Rain: Notes on A Tribe Called Quests and A Little Devil in America: Notes in Praise of Black Performance, the National Book Award finalist and MacArthur “Genius Grant” recipient has built a career focused on extending the “understanding of the multitudinous and global nature of Black performance.”

With the intention of highlighting Black musicianship, celebrating the return of in-person communal experiences, and “expanding my imagining of what a live music concert can be”, the essayist and critic organised America’s oldest performing arts centre’s first foray into live music since the start of the COVID pandemic.

The intimate and creative shows, which kicked off on February 25 and run until June 11, have featured Abdurraqib’s hand-picked selection of artists, including Moses Sumney, Bartees Strange, Devonté Hynes, and L’Rain, with performances from Mavis Staples, and the premiere of Omar Offendum’s hip-hop musical, Little Syria taking place later this month, and a show featuring Nikki Giovanni set for June.

“It’s interesting to be in a position where you can do anything, because my initial response was, ‘Well I don’t wanna do anything’,” Abdurraqib told NME. When BAM reached out and said, “We’ll give you Howard Gilman Opera House and this budget and the rest is up to you,” he found the proposition exciting – but also daunting – because, “That kind of freedom comes with an expectation that you will not mess it up.”

However, once he “took that freedom and offered it to artists”, he wanted to see perform, asking them: “What would you do if you had time and a space to build something creative and challenge yourself without the constraints of a typical touring schedule or a touring set list?” he was able to shake himself “free of anxieties”.

For Abdurraqib, putting on the series of shows was his “wildest dream”, and he wanted to “live up to the enormity of that dreaming” once BAM gave him the opportunity to make it a reality.

“I remember the first show, I was so nervous,” he recalled of the February 25 performance, which featured Mdou Moctar and Bartees Strange. “It had sold out, but part of me was still like, are people going to come to this? I also hadn’t been to a show of that scale in a long time and had been slowly easing myself back into live music.”

During the performance, he decided to stand side stage for Strange’s “wonderful” set, before heading to the box seats for the rest of the show.

“I kind of looked down on the entire crowd and there was a point where they started playing the album in acoustic, and then moved to electric and he asked people to stand up,” he said, noting how that moment in the show stood out to him. “It wasn’t a demand or a command but people were so eager to move, to stand and dance in the aisles.”

The author also told us that each evening had been a “singular” experience, adding that for Moses Sumney’s two-hour ‘Blackalachia in Brooklyn’ performance on March 30, which saw him playing music amid projections of his live concert film, the audience was “sitting in awe and in reverence of what was happening.”

On April 4, Devonté Hynes [AKA Blood Orange] did something he’d “never done before”, according to Abdurraqib. Through a night of solo and collaborative performances from Third Coast Percussion, pianist Adam Tendler, and the String Orchestra of Brooklyn, Hynes relied completely on instrumentals, without adding any lyrics or even spoken words to his songs. Between each selection, the audience would erupt into clapping. Hynes would clap towards the attendees thanking them as well.

“These audience reactions have been a real delight for me to be a witness to,” Abdurraqib told us. “My hope was always that these shows would act as an exchange between artists and audience.”

He continued: “I believe live music, or any kind of live performance to be an active exchange. Not just a place where people take from the performer or the performer takes from the audience. We all have a duty within that exchange, even if the exchange is being transported and being in awe of that transportation.”

For singer-songwriter, L’Rain, who took the stage before Sumney’s performance, playing at BAM with artists she admires was “something so incredible I never even thought to include a show like this on my dream list.” She added: “It would have seemed too out of reach.”

Last year, the Brooklyn-raised artist (born Tara Cheek) released her second album ‘Fatigue’ where she experimented with ambient noise and leaned into lush orchestration among her hushed vocals.

“I never would have thought that this strange music, some of which I made in my literal bed, could make sense on a stage this epic and historied,” the songwriter and multi-instrumentalist told NME.

For Cheeks, the “show, in particular, felt like such a beautiful full-circle moment,” for her music and a city coming back to life.

“In general, the L’Rain live show is intense,” Cheek told us. “Sometimes it feels like I’ve absorbed the energy of the city over the past few years and poured it back out all at once. It’s like my music is a vessel for all of the anxiety, the frustration, and the fear, but also the hope and sense of togetherness, all at once.”

When asked about working with Abdurraqib, L’Rain said she admired him because, “Sometimes it feels like there are a lot of people in the music industry who don’t actually like music” but that “talking to Hanif it becomes extremely clear that he comes to music, first and foremost, from a place of love and deep study.”

According to Abdurraqib, that deep love and study, is what led him to curate a show that answered the question, “What can I be a witness to that will surprise me?”

“I’ve been to so many shows in my life,” the music critic said. “Honestly, even before the pandemic, my enthusiasm about going to shows dwindled. Not because people aren’t putting on incredible live shows, but, there was a point in my late teens and early 20s where I was going to six shows a week.”

He added: “I’m at a point now where I would like to see someone willing to take a risk. How can someone do something that pushes them beyond a place of comfort? Not in a way that’s unsettling, but in a way that breaks through to the other side. I believe live performance is an exchange, so we all breakthrough that side together.”

The series of curated concerts continue from May 19 – June 11 with Omar Offendum’s musical Little Syria, followed by a performance from Mavis Staples joined by Amy Helm on May 20, and a performance by Nikki Giovanni on June 11. You can view ticket more details and ticket information here.