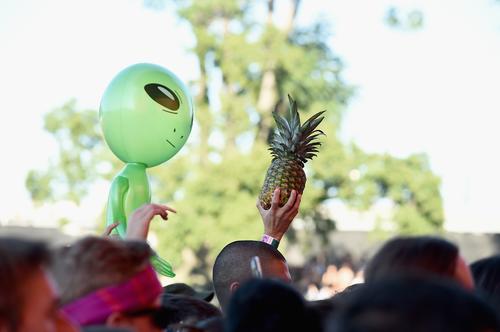 Nine gang members have been arrested after police seized hundreds kilograms cocaine disguised in fresh pineapples, Business Insider reports. Police tell the publication that the findings are the result an investigation that began in April last year.

RELATED: 9 Rappers Who Are Quitting Drugs In 2018

To be exact, 1,600 pounds white stuff was pulled from the delicious fruit. The crew that loaded up the pineapple even went to the extent coating the drugs with a yellow wax to resemble the inside a pineapple, if one was accidentally smashed.

The shipment was found in Portugal and Spain after coming from South America. Apparently, the gang had the cocaine stored in Terrassa, Barcelona and transported it to Madrid laboratories every 15-20 days. Along with the discovery the smuggle, feds busted a lab that found cocaine being cut with additives. Hydraulic presses, packaging machines and over 400,000 Euros in cash were also seized in the raid.

RELATED: $53 Million Worth Of Cocaine Found Tangled Around Sea Turtle

Watch the video below that shows the authorities and their shocking find.