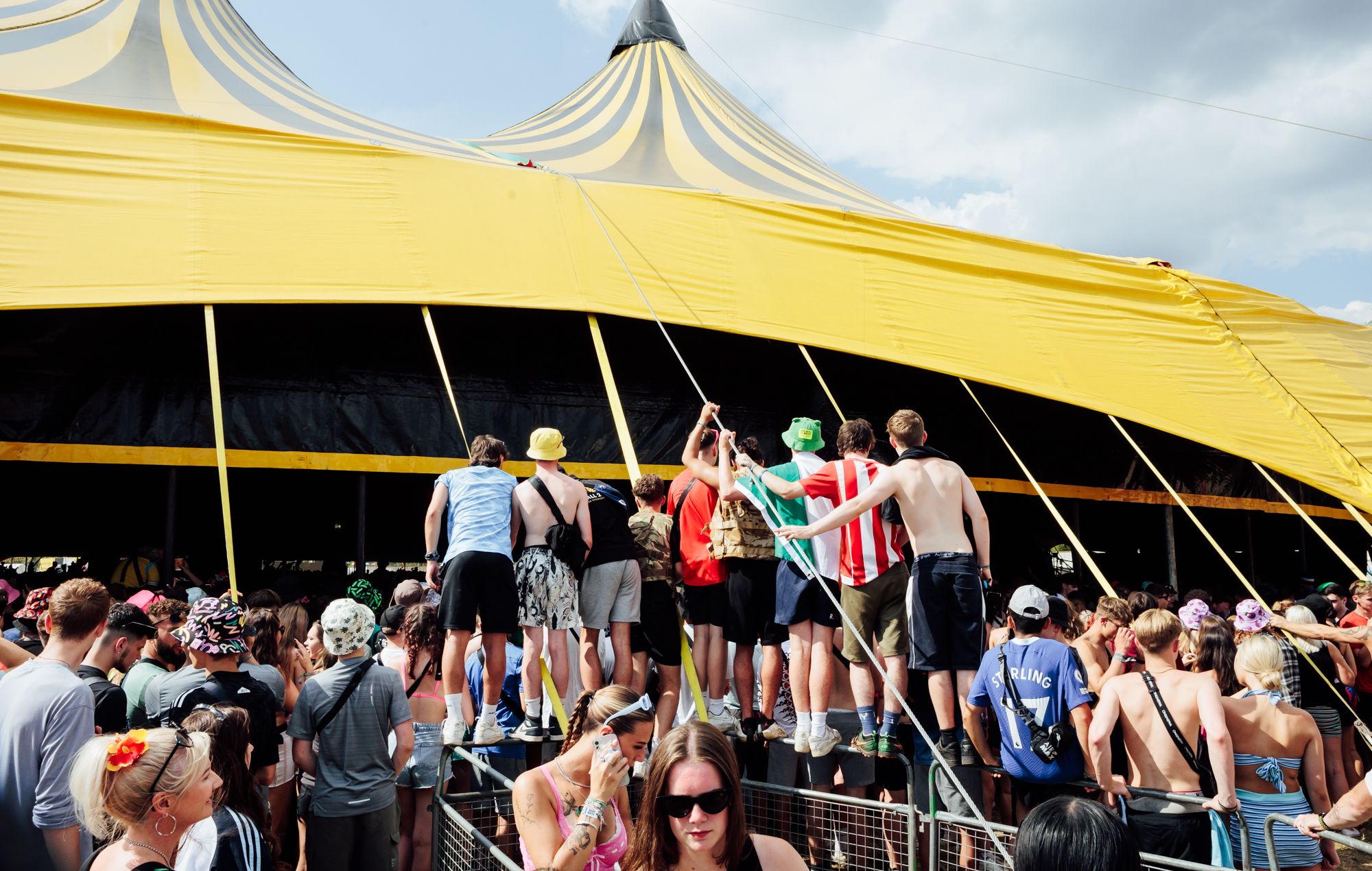 Police have responded to claims of “disorder and tent-burning” at both Reading & Leeds festival sites over the weekend.

Over the Bank Holiday weekend, tens of thousands of music fans flocked to Little John’s Farm in Reading and Bramham Park in Leeds to see performances from the likes of Arctic Monkeys, Megan Thee Stallion, The 1975, Bring Me The Horizon, Halsey, Dave and many more.

Footage from both sites was shared on social media showing tent-burning across both sites, with other reports of objects being thrown and other incidents of disorder.

This is next to my tent. Another 3 or 4 within 50 metres pic.twitter.com/AU9N1NXtPa

When approached, representatives from Reading & Leeds pointed to statements from police forces in both areas.

Thames Valley Police said that the matter was dealt with, and that about 50 people had been expelled from the site after disorder on Sunday afternoon.

“There were some fires in the campsite on Sunday, but festival security had water pumps and extinguished these within minutes,” a spokesperson said.

“There was some disorder in the campsite at about 4.30pm on Sunday, but this was dealt with within minutes by festival security and about 50 people were ejected from the site. Those ejected were safeguarded by the festival organisers, Thames Valley police, and British Transport police to ensure they could get home safely.”

“We are aware of sporadic tent fires, which were dealt with by fire marshals on site, with persons then ejected. Police assistance was not required.”

This comes after news that police are investigated the death of a 16-year-old boy who died after reportedly taking “a grey or black oblong shape” ecstasy tablet and falling ill at Leeds Festival over the weekend.

The tragedy comes after Reading & Leeds Festival issued a statement ahead of the twin events (which both commenced on August 26), warning of the use of drugs at their festivals.

Reading & Leeds had been regularly showing adverts on the big screens at stages showing messages against sexual harassment and spikings and promoting the charity Safe Gigs For Women, as well as environmental messages from No Music On A Dead Planet.