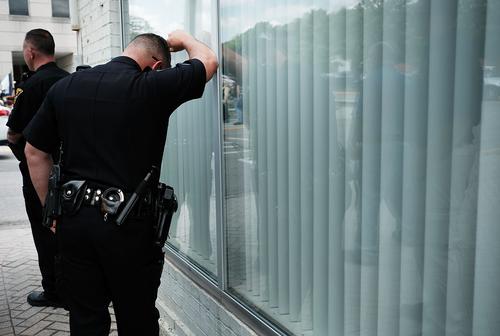 On May 6th, 2016, Stephen Mader was called to a domestic disturbance by R.J. Williams’ girlfriend in Weirton, West Virginia. When Stephen arrived on the scene, he was met by R.J. holding his hands behind his back. When Stephen asked him to show his hands, he complied, revealing a gun.

Instead shooting at R.J. (who was a Black man) Stephen attempted to de-escalate the situation and told R.J. that he would not shoot and just needed him to put the gun down – even after R.J. told him to “just shoot.” As Stephen continued to calm R.J. down, two other ficers arrived on the scene and within minutes fired four shots into R.J., killing him.

“He wasn’t angry,” he explained to The Guardian, talking about R.J. “He wasn’t aggressive, he didn’t seem in a position to want to use a gun against anybody. He never pointed it at me. I didn’t perceive him as an imminent threat.”

Stephen has been awarded $175,000 and was promised that his past employer cannot stop him from getting a job at another law enforcement. “At the end the day, I’m happy to put this chapter my life to bed,” he added.