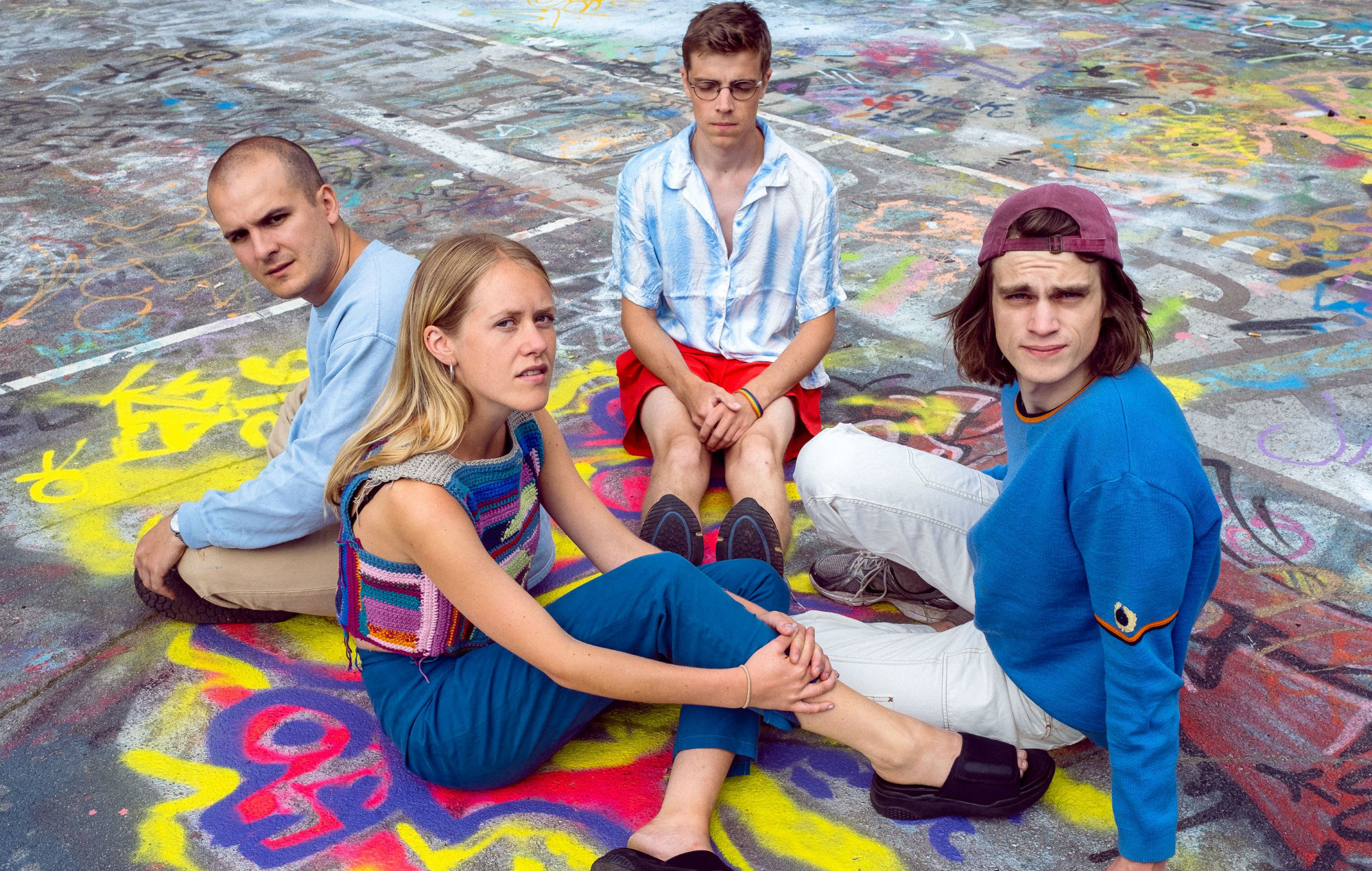 Pom Poko have debuted their new single ‘Andrew’, the first track to arrive from their anticipated second album ‘Cheater’. Check out the track out first on NME.

The new record from the Norwegian group follows 2019’s ‘Birthday’, with the first single providing a glimpse of the band’s spikier new direction.

Describing ‘Andrew’, the band said: “’Andrew’ is a cool example of how our collective songwriting process allows us come up with stuff we’d never be able to come up with if we were just writing individually.

“The song started with an idea Ola [Djupvik, drums] had for some sort of rhythmic and melodic pattern, and Martin had wanted to do some back-and-forth intertwined stuff with guitar and bass but nothing had really come of that.

“We started playing around with all these things and eventually ended up with something we thought was cool that had basically nothing left in it of the specific original ideas.

“The song has three very distinct parts that are quite different from each other, but after kind of building the song up block by block it ended up feeling very natural to stick all this weird rhythmic stuff together with a sort of nursery rhyme-like chorus. We really love how the song turned out! And we love writing music together.”

Describing the sonic change on their second album, singer Ragnhild Fangel said: “I think it’s very accurate to say that we wanted to embrace our extremes a bit more.

“In the production process I think we aimed more for some sort of contrast between the meticulously written and arranged songs and a more chaotic execution and recording, but also let ourselves explore the less frantic parts of the Pom Poko universe. I think both in the more extreme and painful way, and in the sweet and lovely way, this album is kind of amplified.”