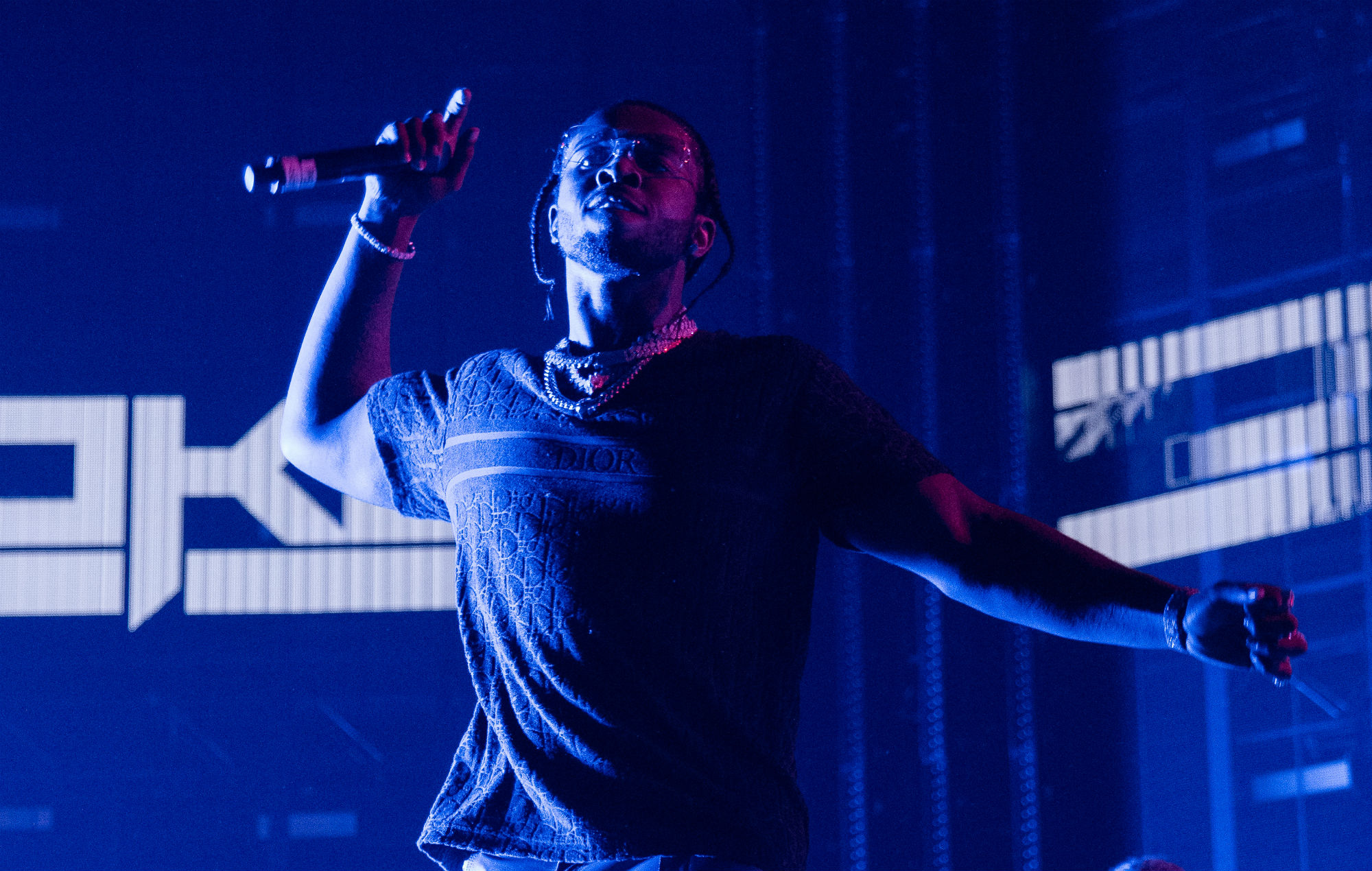 The posthumous new Pop Smoke album will have its artwork changed after fans reacted negatively to its unveiling, the late rapper’s manager has confirmed.

The debut studio album by the rapper born Bashar Barakah Jackson, who was killed on February 19 this year at the age of 20, is set for release on Friday (July 3).

The original artwork for the album was shared by Steven Victor, the head of the Victor Victor label imprint who worked closely with Pop Smoke during his career, last night (June 29).

Victor explained on Instagram that designer Virgil Abloh “designed the album cover and led creative” as per Smoke’s wishes while he was alive.

you were always shootings for the stars and aiming for the moon. everything we talked about is happening, the only thing is you’re not here in the flesh to see it all come together. you wanted Virgil to design your album cover and lead creative.. Virgil designed the album cover and led creative.. we love you and miss you more and more each day ❤️

However, the album artwork was greeted with ridicule on social media by a number of the late rapper’s fans, and a petition to change the artwork, which also accused Abloh of laziness, has since attracted over 17,000 signatures.

I’m not for cancelling people man, but Virgil needs to be stopped. We’ve had enough. He was better off doing this. pic.twitter.com/s52HEx5S0X

Imma keep it two virgils … Virgil Abloh needs to be arrested for this pic.twitter.com/Kzy5qUxoMD

Victor later tweeted “heard you”, “making a change” and “Pop would listen to his fans!” and added in a since-deleted Instagram post that “as pop’s label & as his friends/family, it is our obligation to bring his vision to life. He wanted Virgil to lead creative, we fulfilled his wishes however, unfortunately, he’s not here to give his final approval his fans, are.

“You know why you love pop, your voices are loud and clear he loved his fans and listened to his fans, pop and us at victor victor h e a r d you l o u d and clear – changes will be made see you July 3rd 2020.”

POP WOULD LISTEN TO HIS FANS ❗️

While the record is still officially untitled (although ‘Shoot for the Stars, Aim for the Moon’ has been widely rumoured to be the choice of title), its full tracklist has now been announced. As well as guest features from Quavo, Future and Roddy Ricch, the record will also see collaborations with the likes of DaBaby, Swae Lee, 50 Cent and Lil Baby.

You can see the tracklist for Pop Smoke’s debut album below.

Last week, 50 Cent told fans that “you’re going to see that we really just lost something big” in regards to the passing of Pop Smoke.

“He said to me he wanted to take his mother to an award show,” 50 continued. “I would like to be able to do that.”