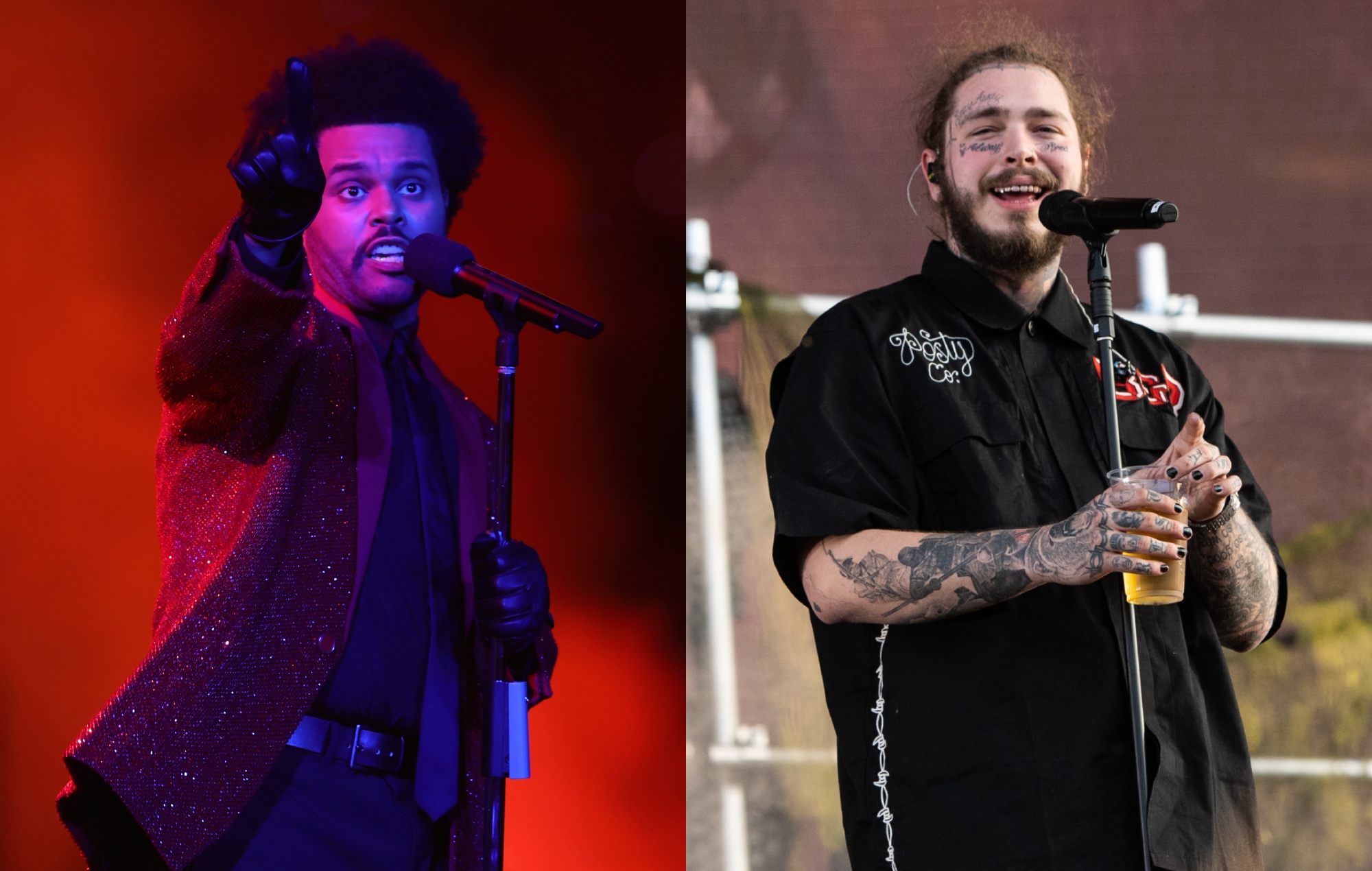 Post Malone and The Weeknd have shared the official video for their recent collaborative single, ‘One Right Now’ – tune in below.

Arriving earlier this month, the synth-driven team-up serves as the first taste of Post’s upcoming fourth album. His latest studio effort, ‘Hollywood’s Bleeding’, came out in 2019.

The dramatic official video for the song begins with a shades-donning Abel Tesfaye getting embroiled in a shootout before throwing a grenade to finish off his enemies who are left standing.

Later, Post gets involved in the bloody battle after grabbing a large firearm. The clip ends with the two artists fatally shooting each other in the forehead. You can tune in here:

‘One Right Now’ sees The Weeknd address a romantic partner who’s been “fuckin’ with my feelings“. Elsewhere, Post sings: “Don’t call me ‘baby’ when you did me so wrong.”

Tesfaye adds in his second verse: “You’re a stain on my legacy/ We can’t be friends, can’t be family (Oh)/ You probably fuck all my enemies (Oh)/ I can’t let you be next to me/ Oh, you belong to the world now/ So just me leave me alone now/ We’re not in touch no more.”

Post released the song ‘Motley Crew’ over the summer. He has since contributed to numerous other artists’ tracks, including Ozzy Osbourne cut ‘It’s A Raid’, a remix of Saweetie’s ‘Tap In’, Big Sean‘s ‘Wolves’ and Ty Dolla $ign‘s ‘Spicy’.

Post Malone’s festival Posty Fest 2021 was cancelled last month due to “logistical issues”. It was set to be the first Posty Fest since 2019, as last year’s event was shelved due to the coronavirus pandemic.