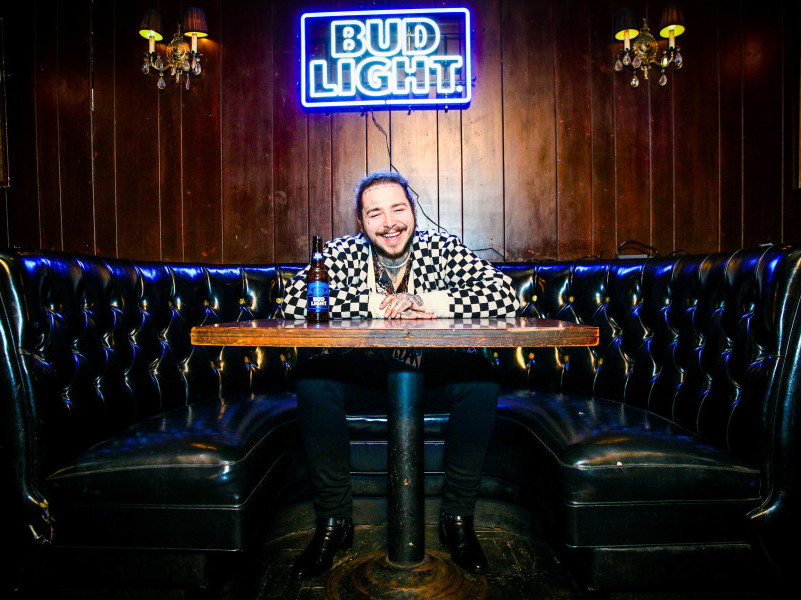 Nashville, TN – Post Malone may hail from Texas but this coming Wednesday (April 4), he’s out to show the people Nashville his inherent talent.

The Bud Light Dive Bar Tour is aiming to be the perfect launching pad leading up to the release Beerbongs & Bentleys.

Using the brand’s “Famous Among Friends” motto, Malone picked a handful unsuspecting patrons to game called The Bud Light Friendship Test where friends test the limits their BFF’s to bring them the most random objects to prove their loyalty.

Their participation earned them tickets to the upcoming Bud Light Dive Bar Tour show, which will be streamed on their Facebook and Twitter, and HipHopDX will also be in the mix the action.

“It feels super cool to be the next artist to perform on the Bud Light Dive Bar Tour. If you know me, you know I love my Bud Light.” Posty says. “I can’t wait to get weird with y’all in Nashville.”

Andy Goeler, Bud Light’s VP, chimed in stating, “Post Malone has been a long-time friend and supporter Bud Light, so when we were thinking artists to collaborate with in 2018, it was a no-brainer to look into working with Post.”

“We worked with Post Malone and his team on a program titled ‘One Night Only’ last year and we were thrilled with the fan response and we love that he always has a Bud Light in-hand while performing. We can’t wait to see what he brings to his Dive Bar Tour performance in Nashville.”

Watch the Stoney One’s Bud Light Friendship Test up above and keep it locked to HipHopDX’s socials as well for more the tour greatness.