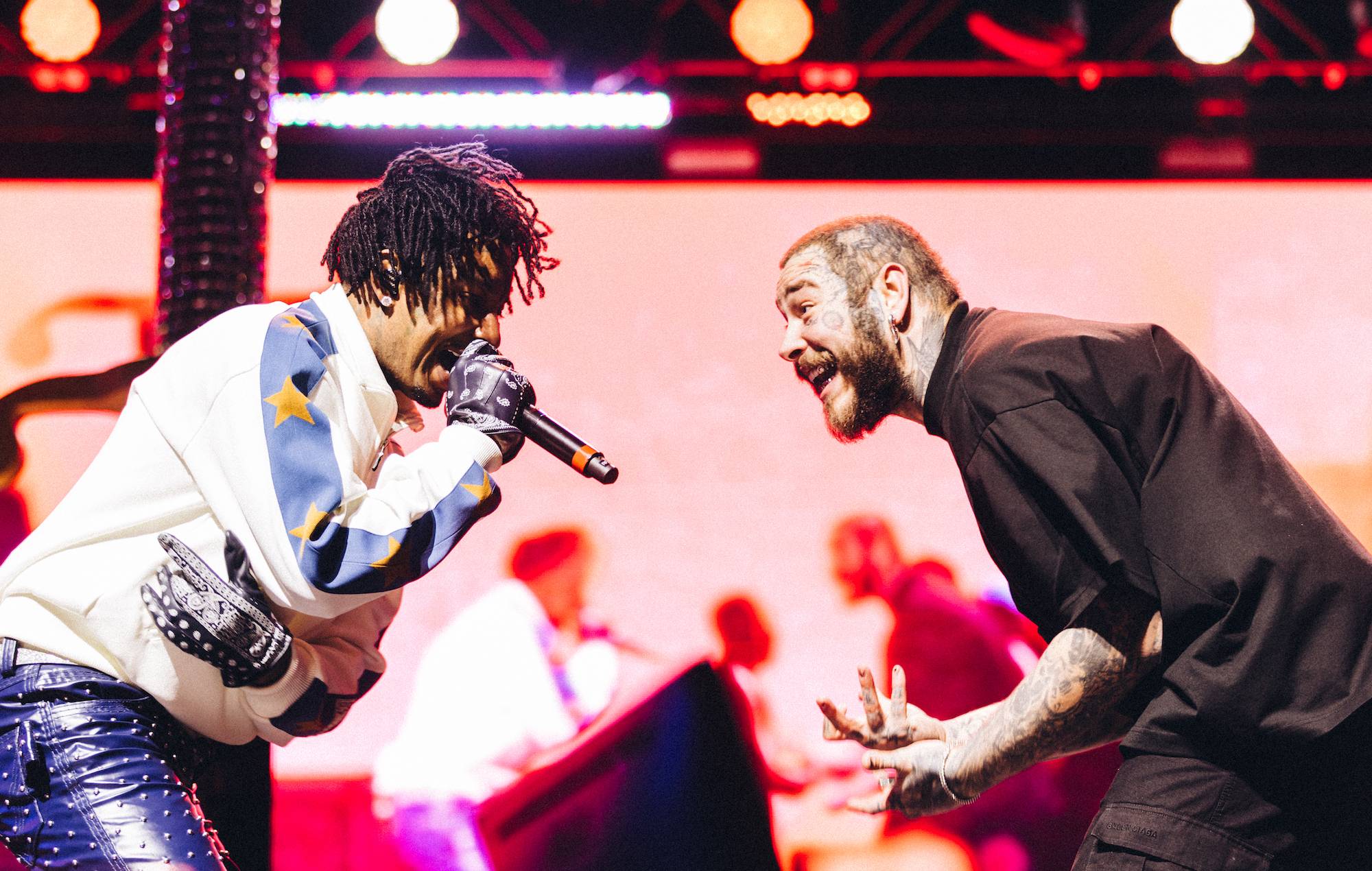 21 Savage played at Coachella last night (April 16) and was joined on stage by Post Malone – see the moment unfold below.

Savage was playing a set in the Sahara Tent on the Saturday of the festival’s first weekend, and Post Malone joined him to play their huge 2018 hit ‘Rockstar’.

According to reports, Post Malone also smashed a guitar onstage during his cameo performance.

Watch the rendition of ‘Rockstar’ below.

Elsewhere at Coachella, Arcade Fire played a secret set on the first day of the festival, performing tracks from upcoming new album ‘WE’, due out next month.

Harry Styles headlined the night and was joined on stage by Shania Twain, who performed her hits ‘Man! I Feel Like a Woman!’ and ‘You’re Still The One’.

During his 18-song set, Styles gave a live debut to record-breaking comeback single ‘As It Was’ as well as live debuts to new tracks called ‘Boyfriends’ and ‘Late Night Talking’.

Carly Rae Jepsen also debuted a brand new track called ‘Western Wind’, which she had been teasing for the past few weeks; Justin Bieber teamed up with Daniel Caesar for a performance of their collaborative single ‘Peaches’.


Friday also saw Phoebe Bridgers joined by Arlo Parks for two songs during her set, while Saturday’s proceedings were headlined by Billie Eilish, who was joined onstage by Damon Albarn for a two-song cameo.

Elsewhere on Saturday, K-pop icons 2NE1 reunited on stage for their first performance together in seven years and Megan Thee Stallion debuted a brand new song.