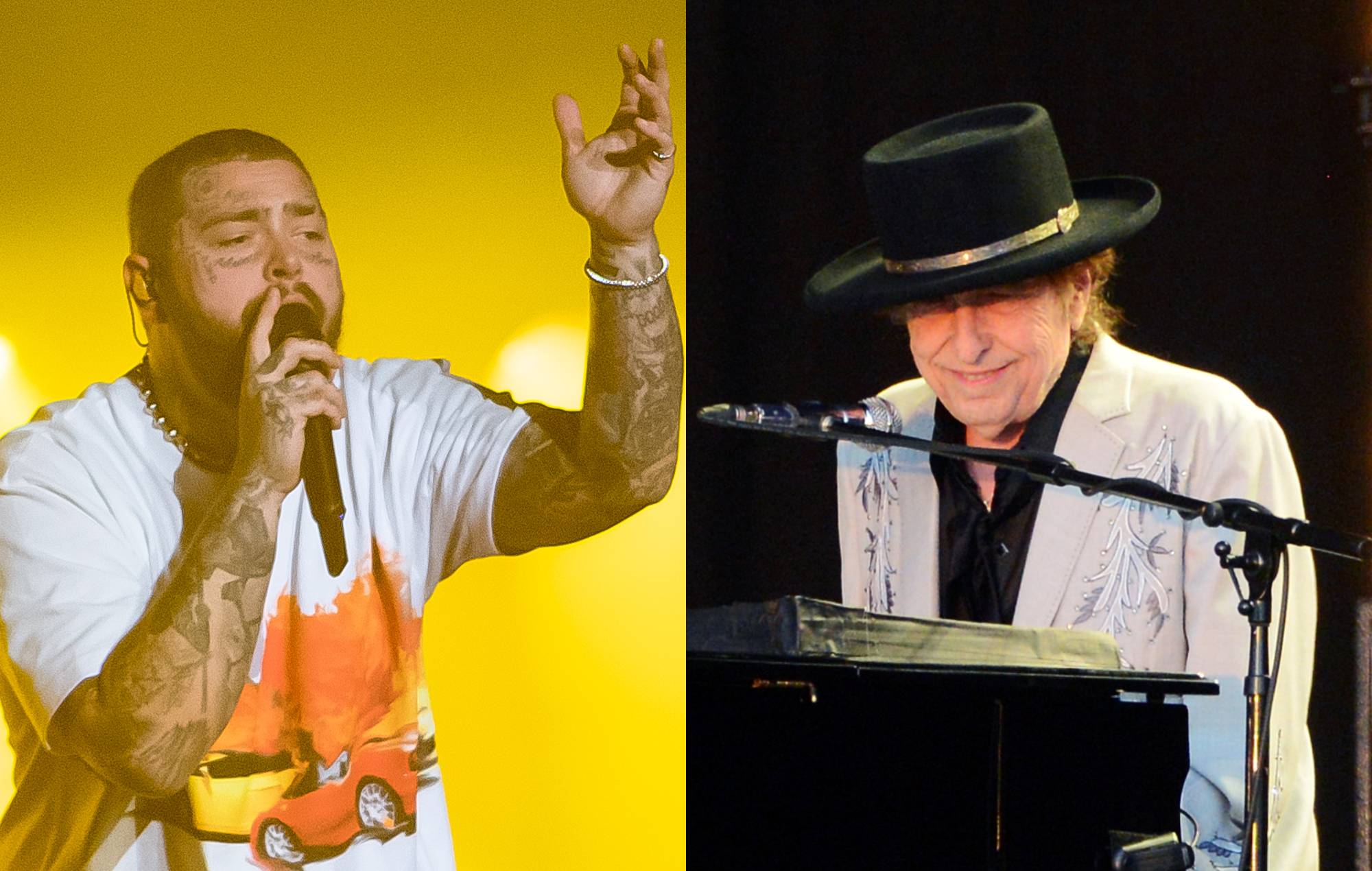 Post Malone has claimed in a new interview that he and Bob Dylan have recently struck up a friendship.

The rapper/singer disclosed the information during a new interview on The Tonight Show Starring Jimmy Fallon, which aired in the US yesterday (May 12).

After a brief video clip of a teenage Malone covering Dylan was screened to the audience, Fallon asked Malone if he had yet had the chance to meet the legendary singer/songwriter.

“I have not met Bob Dylan,” Malone told Fallon. “But we have been – I don’t know how much I’m at liberty to discuss. But we’ve been chatting. We’ve chatted.”

“So he slid into your DMs?” Fallon asked. “Yeah, he kind of slid into my DMs,” Malone jokingly replied.

Malone, who will be the musical guest on tomorrow’s episode of Saturday Night Live (May 14), will release his fourth studio album ‘Twelve Carat Toothache’ on June 3 via Republic.

A new video for Dylan’s classic song ‘Subterranean Homesick Blues’ was released last week to celebrate his 60 years as a recording artist.