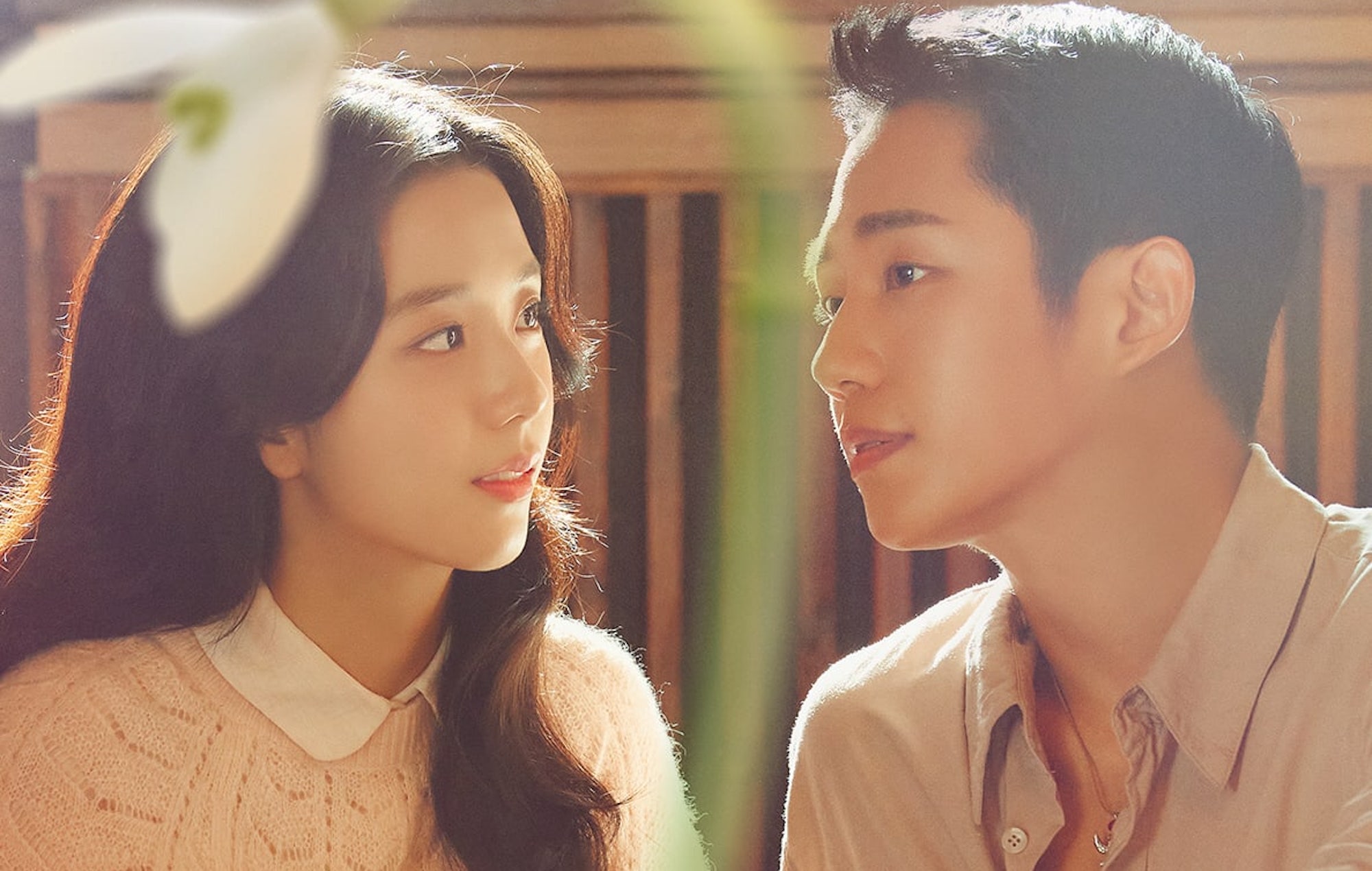 In the latest promotional poster released by JTBC, the two leads are seen sitting together in a warmly lit room with a snowdrop flower in between them. Meanwhile, the tagline in the corner reads, “Must not get caught. Both love and fate”, as translated by Soompi.

In addition, the text below the poster, as well as the caption on JTBC’s social media posts, confirms that Snowdrop is slated to premiere on December 18 at 10:30pm KST. Ahead of its launch in South Korea, Disney+ has revealed that they will also be streaming episodes of Snowdrop as part of its forthcoming expansion into Asia-Pacific content.

Snowdrop follows two students – played by Jisoo and Jung Hae-in – caught up in a whirlwind romance in South Korea. The television series is set in 1987, a pivotal year in the country’s history that saw a nationwide mass movement that forced the ruling government to hold elections.

In the forthcoming series, Jung will portray a graduate student with a secret past, while Jisoo plays a university student who lives in an all-female dormitory. The two cross paths when Jung’s character seeks refuge in a female dormitory after a protest at the Hosoo Women’s University.

In other BLACKPINK news, member Lisa recently linked up with DJ Snake, Megan Thee Stallion and Ozuna for their highly-anticipated collaborative single, ‘SG’.