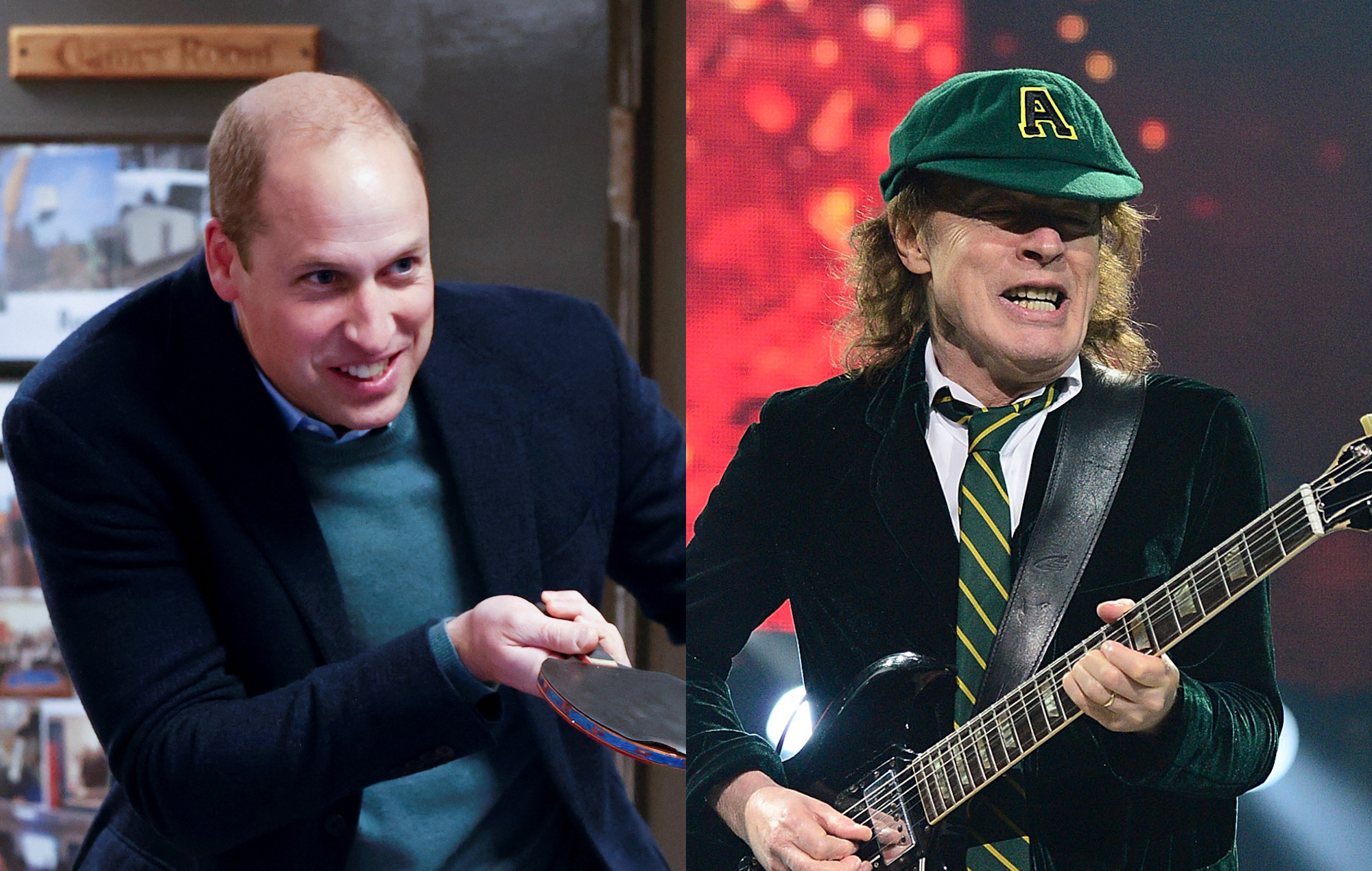 Prince William starts the week by headbanging to AC/DC: “It’s the best tonic for a Monday morning”

Prince William has revealed himself to be to be a fan of AC/DC, vouching first-hand for the energising powers of their 1990 hit ‘Thunderstruck’.

The revelation came in the Duke of Cambridge’s forthcoming appearance on Time To Walk, a new podcast series offered through the Apple Fitness+ service. The full episode will debut tomorrow (December 6), and will air a number of other times on Apple Music 1 over the coming weeks.

The episode hears William take listeners on a stroll through the Queen’s Sandringham estate. Touching on his morning routine, the Duke explained that he likes to start with a healthy dose of rock’n’roll. He said (via Blabbermouth): “There’s nothing better than, on a Monday morning, when you’re a bit bleary-eyed after the weekend and trying to get yourself back into the grind of the week, listening to AC/DC, ‘Thunderstruck’.

“I have to say the first time I put it on, and I’ve heard it a million times now, I was kind of, like, ‘Well, this is quite heavy for a Monday morning. But now, when I listen to it, it’s the best tonic for a Monday morning. It absolutely wakes you up, puts your week in the best mood possible, and you feel like you can take on anything and anyone.

“I’d imagine you’re going to walk quite fast listening to it, maybe with a skip in your step, with the headbanging. It’s a difficult song not to dance to or to nod along to.”

The Duke of Cambridge also revealed he often listens to Tina Turner‘s 1989 cover of Bonnie Tyler‘s ‘The Best’.

William also noted that his love for music carries on throughout the royal family – his children, Prince George (aged eight), Princess Charlotte (six) and Prince Louis (three) all enjoy a solid tune, the Duke said, as he continued: “What I’ve been amazed by is how much my children already have inherited my family’s love of music.

“Most mornings, there’s a massive fight between Charlotte and George as to what song is played in the morning. And I have to, now, basically prioritise that one day someone does this one, and another day it’s someone else’s turn. So George gets his go, then Charlotte gets her go. Such is the, the clamour for the music.”

According to William, one of the kids’ current go-to tracks is Shakira’s single ‘Waka Waka (This Time For Africa)’, initially released as the official song of the 2010 FIFA World Cup. “There’s a lot of hip movements going along,” William said. “There’s a lot of dressing up. Charlotte, particularly, is running around the kitchen in her dresses and ballet stuff and everything.

“She goes completely crazy with Louis following her around trying to do the same thing. It’s a really happy moment where the children just enjoy dancing, messing around, and, and singing.”

In lieu of paying William for his Time To Walk appearance, Apple will make five-figure donations to three charities of the Duke’s choosing. The Mirror reports that such charities are Shout (William’s own text-based helpline service), Crisis Text Line (a similar organisation that operates internationally) and Lifeline (an Australian crisis support service).

AC/DC released their 17th album, ‘Power Up’, last November. In a four-star review of the album, NME‘s Nick Reilly said: “AC/DC devotees will no doubt revel in the sheer joy of just hearing the band preaching to the choir once more after one of the most uncertain periods in their history – including the death of founder Malcolm Young in 2017.”