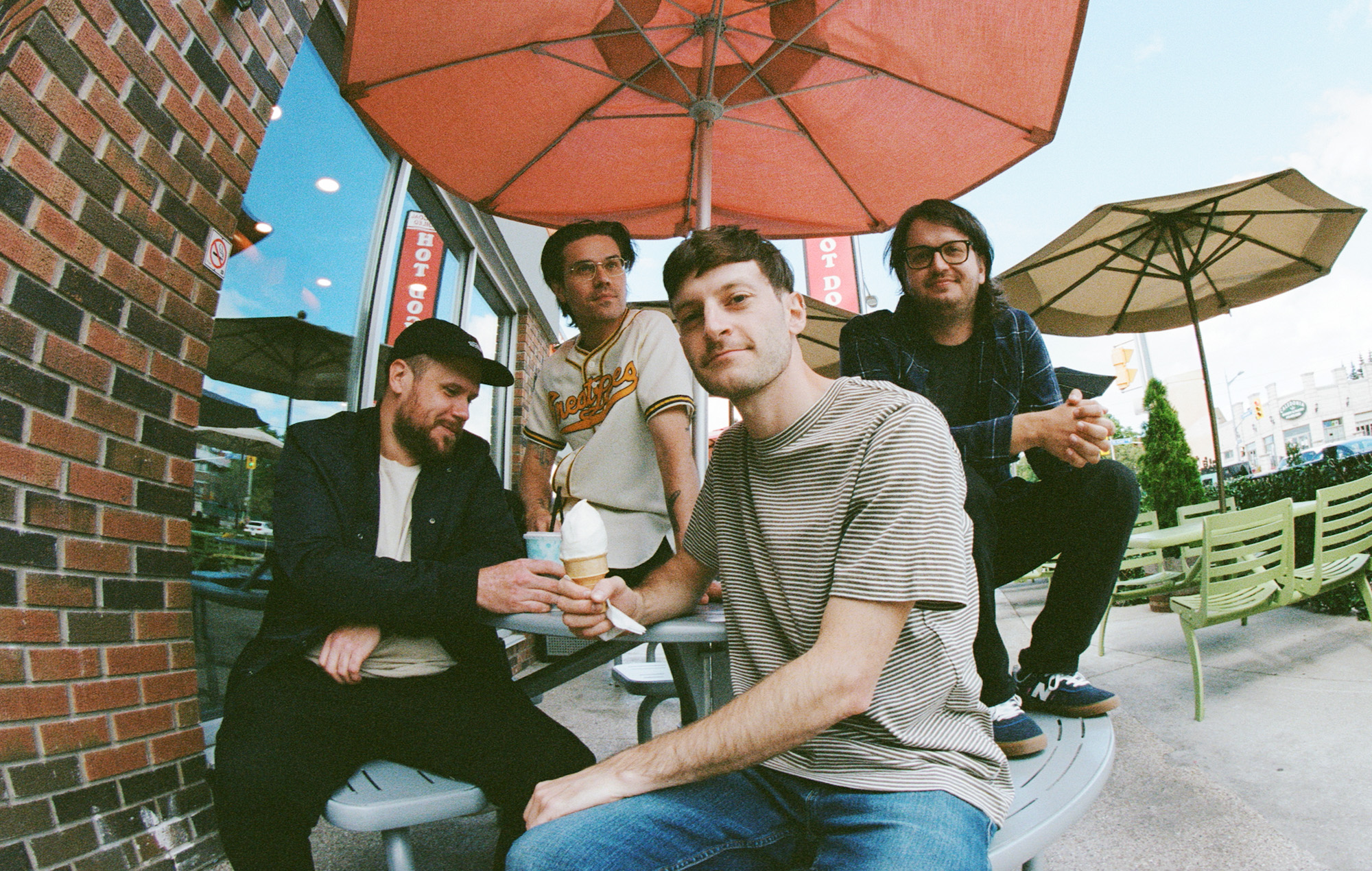 PUP have shared two new singles, ‘Waiting’ and ‘Kill Something’, as well as details for their long-awaited return to the stage.

One of the band’s heavier cuts, ‘Waiting’ is an explosive punk rager driven by a tearing lead riff and wailing distortion. That’s levelled out with a bright and lively vocal performance by frontman Stefan Babcock.

In a statement, Babcock explained that the track “came about by smashing the heaviest riff Nestor could write with the simplest, most uplifting chorus I could write, just to see what would happen”.

“The results were very quintessentially PUP,” he continued, “in that the song is a flurry of darkness and anger through the joyous lens of four guys just happy to be here, four guys who don’t take themselves seriously enough to make music that doesn’t feel like fun, regardless of the subject matter.”

‘Kill Something’, on the other hand, is a pensive and poignant ballad that makes use of a scuzzy, roughed-up soundscape and soaring guitar solos to aid in its emotional impact. A press release notes that ‘Kill Something’ is about Babcock’s dog Moose, “who loves to destroy his favourite things, and then is sad that those things are destroyed”.

Listen to ‘Waiting’ and ‘Kill Something’ below:

Alongside the new songs comes details for PUP’s first headline shows in over two years, with a North American tour set to kick off next April. The band have 23 shows on the itinerary, with support coming from Pinkshift, Cloud Nothings and Sheer Mag on selected dates. Tickets for the run are on sale from the band’s website – check out the full list of shows below.

‘Waiting’ and ‘Kill Something’ – both out on PUP’s own label, Little Dipper – are the band’s first new songs for the year. Last year saw them drop a six-track EP titled ‘This Place Sucks Ass’, flanked by the singles ‘Anaphylaxis’ and ‘Rot’, as well as a Christmas single with Charly Bliss called ‘It’s Christmas And I Fucking Miss You’.

Babcock also shared a solo track titled ‘Waiting For Something To Happen’, which he said was inspired by quarantine being “boring as shit”.

Earlier this year, PUP performed a career-spanning set for NPR’s Tiny Desk series. Lead guitarist Steve Sladkowski also teamed up with members of Touché Amoré, Vein.FM, Bloodbather and Twitching Tongues for a cover of the Pixies‘ 1988 hit ‘Where Is My Mind?’

Speaking to NME ahead of the album’s release, Babcock opened up about the emotionally raw lyrics he wrote for it: “I’m proud that I was able to verbalise a lot of the shit that I’ve been going through in a way that at least made sense to me. I am my own reckoning… I mean, it’s hard to talk shit about me because I’ve said it all already. Just being at peace with that part of myself is something to be proud of.”

^ with Pinkshift
* with Cloud Nothings
+ with Sheer Mag