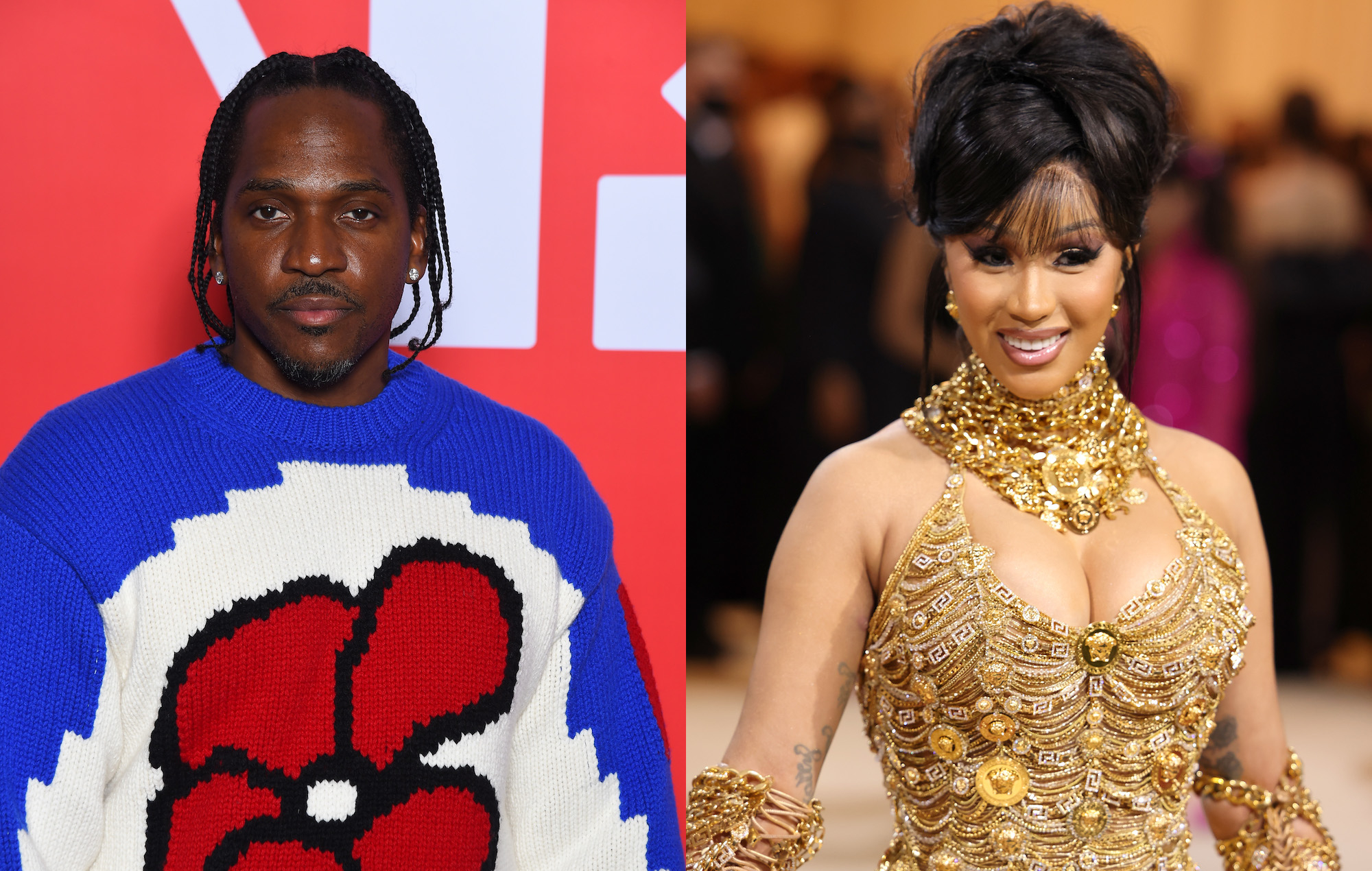 Pusha T has commented on losing out on a Grammy to Cardi B back in 2019, saying that the New York rapper deserved to take home the trophy.

Both artists were nominated for Best Rap Album three years ago, Pusha for his album ‘Daytona’ and Cardi for her debut LP ‘Invasion Of Privacy’. Travis Scott, Mac Miller and Nipsey Hussle were also on the shortlist.

Cardi ended up being named the winner of the category, which caused controversy with some fans. However, Pusha has now explained that he thinks the Grammys “got the rap nominations and the rap winner right” that year.

“Cardi deserved that,” he said in a recent interview. “When you look at the line-up… you had Cardi B, you had Travis Scott, you had Mac Miller, you had Nipsey’s ‘Victory Lap’ and you had ‘Daytona’. Anybody could’ve won and I couldn’t have argued.

“I was actually going to the gym with her joint in my headphones like, ‘Oh yeah, she killed this joint’. It was just about what the final voters gravitated towards, but it was fair. The line-up was fair.”

The rapper went on to explain that his popularity in the mainstream wasn’t as strong as it is now, particularly not compared to Cardi. “I endured so much in hip-hop, just in these past few years,” he said. “I’m embracing it. I have really watched people be scared to be next to me. I’ve watched people be really shaky about everything. I’ve been through a lot, bro. A lot. And I don’t care. I don’t care, but I’ve actually been through it.”

Last month, Pusha released his latest album ‘It’s Almost Dry’, the follow-up to ‘Daytona’. In a five-star review, NME said: “Pusha T has managed to elevate his art to new heights, signalling that the artist is nowhere close to being done. Despite being longer than ‘Daytona’, there is succinct preciseness to ‘It’s Almost Dry’ with Pusha’s lyricism, in particular, never left wanting. Alongside the outstanding production, it makes for an instant hip-hop classic.”

Meanwhile, earlier this week, the rap legend commented on a supposed beef between himself and Eminem, explaining it is a “misinterpretation”.

“I saw just recently on Twitter people saying myself and Eminem,” he said. “I’m like, bro! It was a misinterpretation of something I don’t even remember. Something I said or whatever. But you know, people decode, and they have their own thing.”