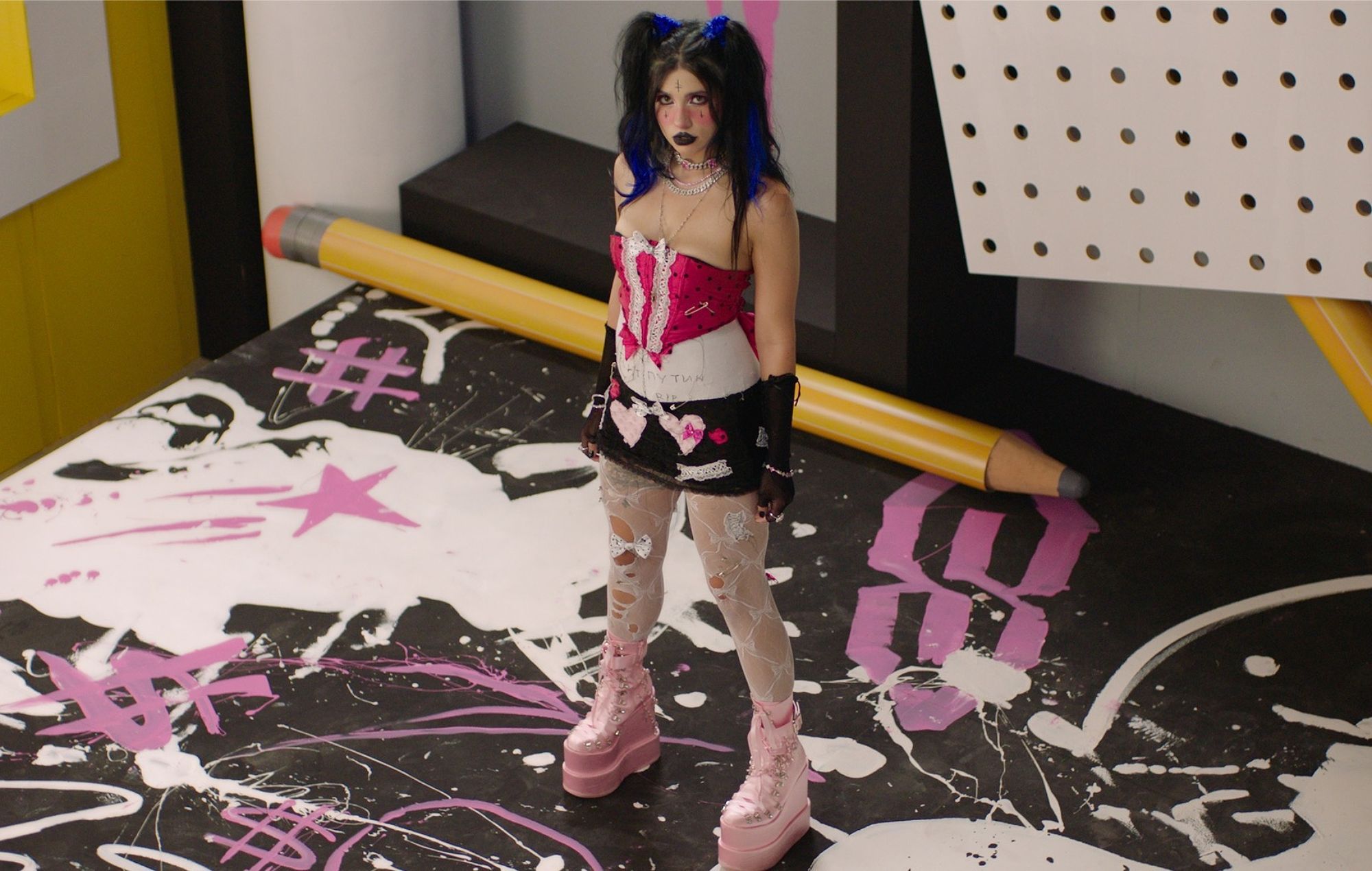 ‘MATRIARCHY NOW’ is released on August 5 via Neon Gold Records and arrives shortly before the 10th anniversary of their August 17, 2012 conviction of “hooliganism motivated by religious hatred”, for which some members of the Russian feminist collective spent two years in jail for protesting against President Vladimir Putin.

Ahead of the mixtape’s release, the collective have today (July 8) shared ‘PLASTIC’ – one of seven tracks on the tape – featuring US rapper iLoveMakkonen. An accompanying music video directed by Haley Bowman has also been released.

‘PLASTIC’ and the mixtape follow Pussy Riot’s latest political action last June in which they hung a 4ft “MATRIARCHY NOW” banner from the third floor of the Texas State Capitol to protest the national attack on reproductive rights.

Tolokonnikova’s web3 efforts helped to raise more than $200,000 so far for reproductive rights non-profits, including Planned Parenthood and Center for Reproductive Rights. In February at the start of the Russian invasion of Ukraine, she was instrumental in raising $7million via UkraineDAO.

The activist and musician’s work has come as the debate about the Roe v Wade ruling in the US continues to make headlines. Pussy Riot yesterday (July 7) launched their Protest NFT Collection on Lens Protocol in opposition of the new ruling on Roe v Wade.

The collection, titled Proof Of Protest (made by Pussy Riot in a collaboration with the artist Ksti Hu), will provide anyone a way to support female reproductive rights and showcase opposition and protest against the US Supreme Court’s overturning. All funds will support reproductive rights.

Meanwhile, in March Tolokonnikova spoke out in an interview against Putin’s invasion of Ukraine, calling the Russian leader “insane”.