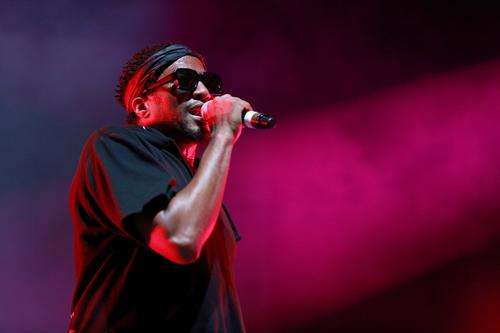 Q-Tip has put his stamp on the game; no autobiography required. The legendary emcee continues to make moves outside the realm music, proving that the brand is widespread and business is booming. Now, the Tribe Called Quest icon has landed a new endeavor in another realm creativity. Apparently, Q will be playing the starring role in an upcoming play about Miles Davis. The play, titled “My Funny Valentine,” will take place over the course one day in Davis’ life in 1981. We’re talking period piece here, so expect plenty cultural flavor; remember this was around the time when hip-hop was slowly manifesting in New York City.

The play’s author, cultural critic Nelson George has ficially co-signed the rapper’s involvement Instagram. It’s a good look for the Tribe legend. Many rappers have made the jump to movies, but few have dared dabble in the distinguished art live theater. As great as it might have been to see DMX take the stage in his heydey, some wishes are better left to the imagination. As for the play itself, the ficial event description describes the plot as follows: ““By responding to a fan’s letter the trumpeter ignites a chain life altering events.”