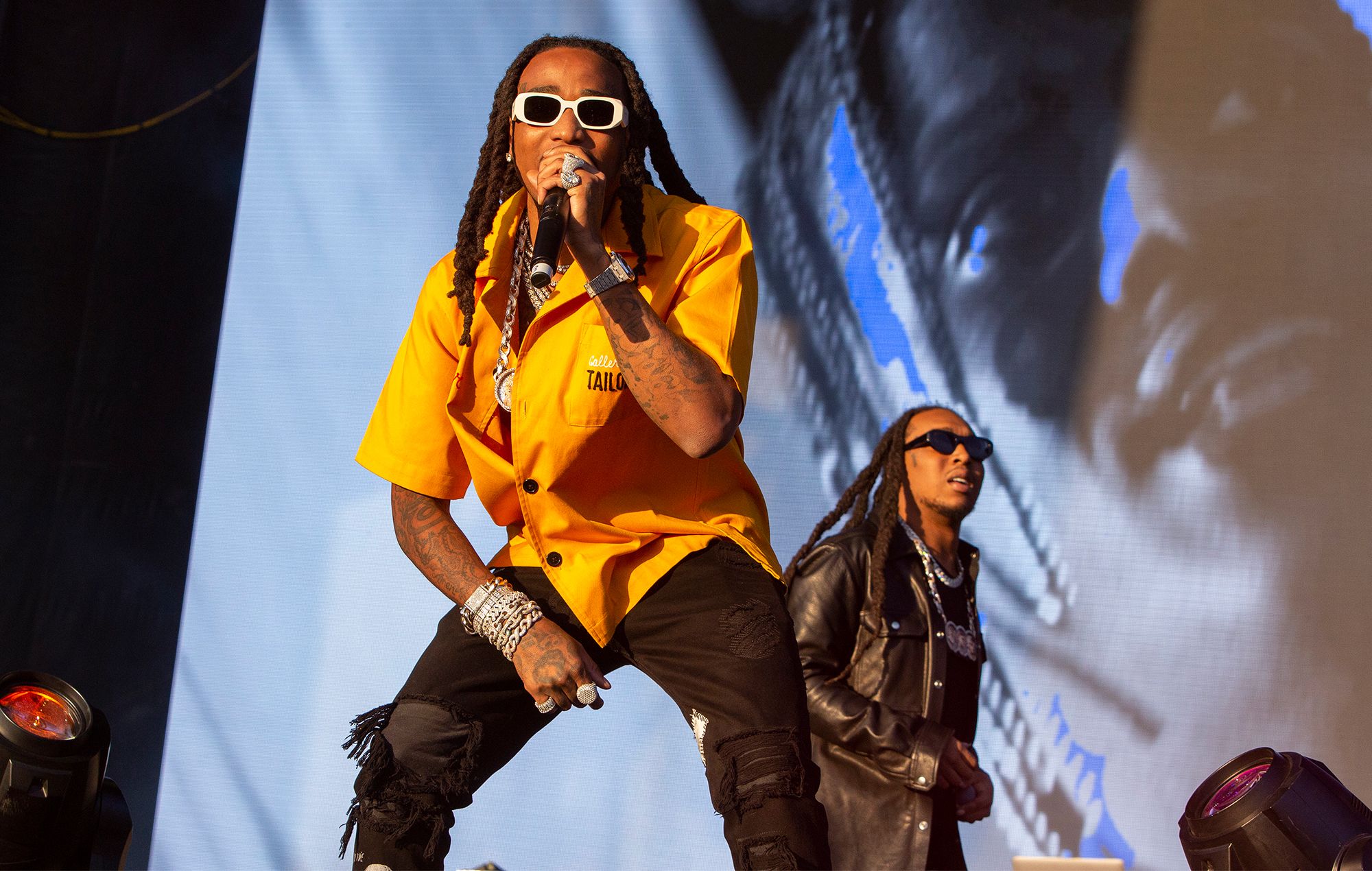 Quavo and Takeoff continue Migos breakup rumours with new Offset-free single ‘Us Vs. Them’

Quavo and Takeoff have added more weight to the rumours that Migos are no longer active, sharing a new joint single titled ‘Us Vs. Them’.

It comes as their second collaborative release for the year, following the May release of ‘Hotel Lobby’ (which they dropped under the moniker Unc And Phew). The new cut arrives under the two rappers’ usual stage names, and features a guest appearance from Gucci Mane.

Check out the accompanying music video for ‘Us Vs. Them’, directed by Keemotion, below:

Landing alongside ‘Us Vs. Them’ was the news that Quavo and Takeoff would perform a show as Migos without Offset in tow. The group were recently announced as a headline act for this year’s National Battle Of The Bands in Houston, however a flier for the event – scheduled for Saturday August 27 – only showed images of Quavo and Takeoff.

Rumours of Migos’ breakup started swirling shortly after the release of ‘Hotel Lobby’, when it was reported that Offset had unfollowed both of his bandmates on Instagram. Less than a month later, in June, Migos pulled out of their scheduled performance at the 2022 Governors Ball festival, with organisers for the event saying they would no longer appear “due to circumstances out of [their] control”.

At the time, a representative for Migos stated that despite the cancellation they were still a group, with TMZ reporting that the reason for their withdrawal from the lineup was due to Quavo being busy filming a movie, and being unable to work around the scheduling conflict.

In June, Quavo and Offset performed as Migos as part of the Summer Smash 2022 festival in Chicago, performing multiple tracks (including ‘Hotel Lobby’) without their bandmate present.

Migos’ most recent album together was last year’s ‘Culture III’. In a four-star review, NME said the record saw Migos “successfully pick up from where they left off” with ‘Culture II’, and that “the latest chapter in the trio’s career certainly seems unlikely to be overlooked by the masses who have embraced the group for the best part of a decade”.