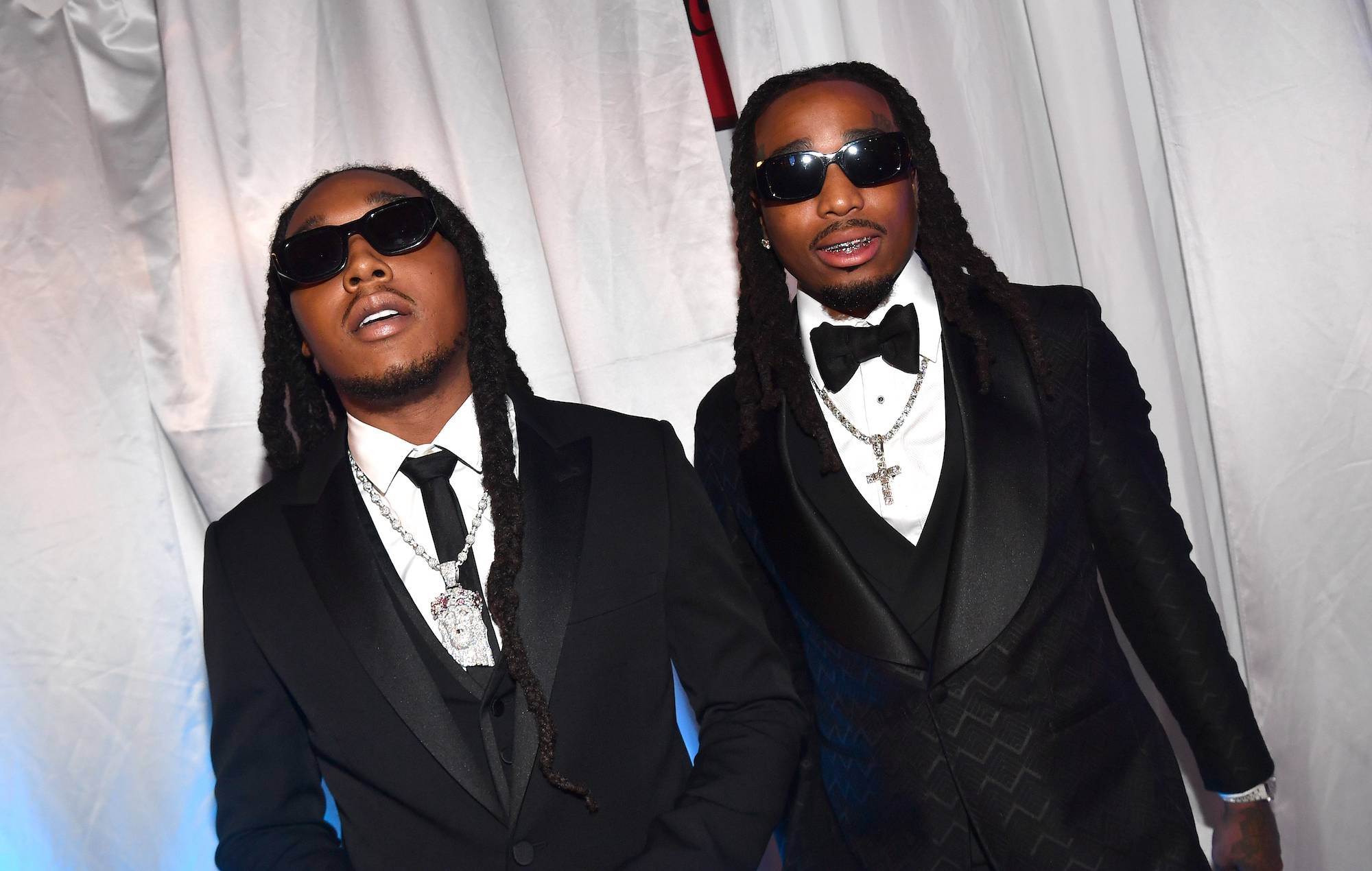 Quavo pays tribute to cousin and Migos bandmate Takeoff: “You are our angel”

Quavo has penned a lengthy tribute to his cousin and Migos bandmate Takeoff following his death this month.

Takeoff, real name Kirsnick Khari Ball, was shot and killed at a bowling alley in Houston, Texas in the early hours of November 1. He was 28 years old.

After Takeoff’s funeral took place yesterday (November 11) at the 21,000-capacity State Farm Arena in his home city of Atlanta, Georgia, Quavo has taken to Instagram to pay tribute to the rapper.

“It’s so hard to tell you Ima miss you because you always with me and we did everything together,” the message began. “Since we were kids you been by my side, lookin up at me, them eyes waiting on me to make the next move.. then you followed up right behind me.”

“Nothing ever bothered Take and he didn’t bother anybody,” Quavo wrote later in the tribute, going on to call his cousin “by far the funniest person in [the] room”.

He added: “This whole time I’ve been trying to figure out what you really are to me because nephew wasn’t it. We hated that word “nephew” or when they said “Unc and Phew” cuz we always knew we were way closer than that and it made me feel old too.

“But I knew you weren’t my brother cuz you are my sister’s son, so I couldn’t say brother.

“Now I finally get it…

“You are OUR angel.”

Other acts to have paid tribute to Takeoff include the likes of Beyoncé, Dave, Tyler, The Creator, 50 Cent and Rick Ross.

Drake also rescheduled his planned intimate gig in New York on Friday so that he could attend the service. The ‘Honestly, Nevermind’ star eulogised Takeoff during the opening segment of his Table For One radio show on SiriusXM last week (November 3).

Migos bandmate Offset has also delayed the release of his second solo studio album following the death of Takeoff.

It was confirmed by a preliminary autopsy report that Takeoff died as a result of “penetrating gunshot wounds of head and torso into arms”. The full report is not yet complete.

Meanwhile, Grand Theft Auto players recently came together to honour Takeoff with an in-game funeral service. An invite for the virtual event read: “Tonight, we laid Takeoff to rest. All fans welcome (at all) three locations. All white at the church, all black at the house party.”