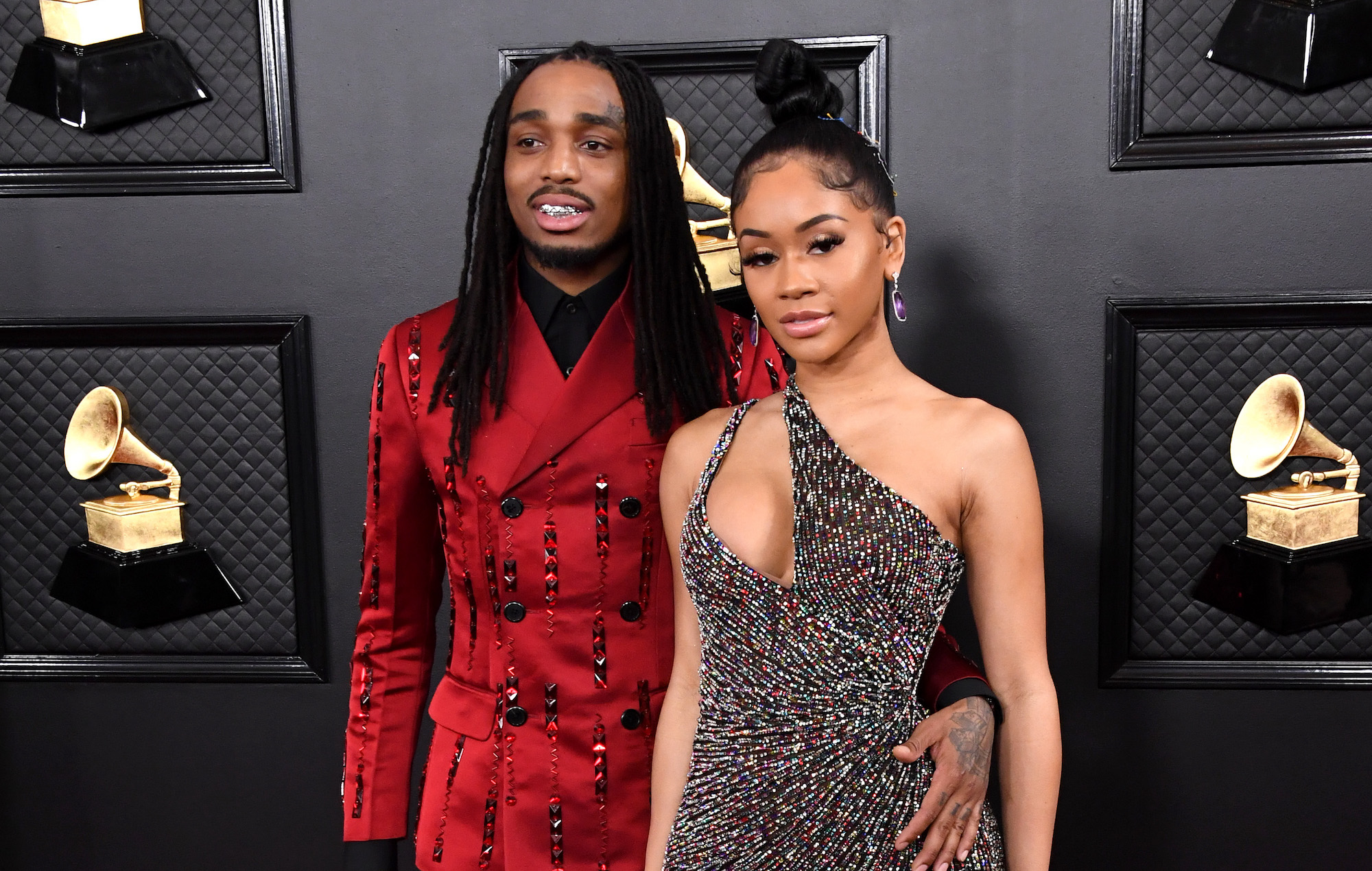 Quavo has responded to leaked footage of him getting into a fight in a lift with Saweetie, denying that he “physically abused” his former partner.

The two rappers were in a relationship at the time of the filmed fight, which reportedly took place last year. They confirmed their split last month after being together for over two years.

The video went viral when it leaked online earlier this week and showed the pair getting into a physical altercation over an orange case. The footage was taken from a CCTV camera in the lift in Saweetie’s North Hollywood apartment complex.

Speaking to TMZ, the stars have now both addressed the video. “This unfortunate incident happened a year ago, while we have reconciled since then and moved past this particular disagreement, there were simply too many other hurdles to overcome in our relationship and we have both since moved on,” Saweetie said.

Quavo added: “We had an unfortunate situation almost a year ago that we both learned and moved on from. I haven’t physically abused Saweetie and have real gratitude for what we did share overall.”

Law enforcement are reportedly looking to speak to both parties to discuss the incident, as well as the events leading up to it and the aftermath.

Meanwhile, last month Saweetie teased that she and Cardi B were in talks to collaborate on a track together. “Our teams have definitely been talking,” she said during an appearance on The Breakfast Club. “I think we’re just kinda waiting for that right record.

“I think the media just likes to take things out of context. I’m loving how women artists are starting to realise that sometimes it’s the media that creates something that’s not there. I think it just shows mature and it shows growth amongst me and my peers to not be affected by what the media says.”