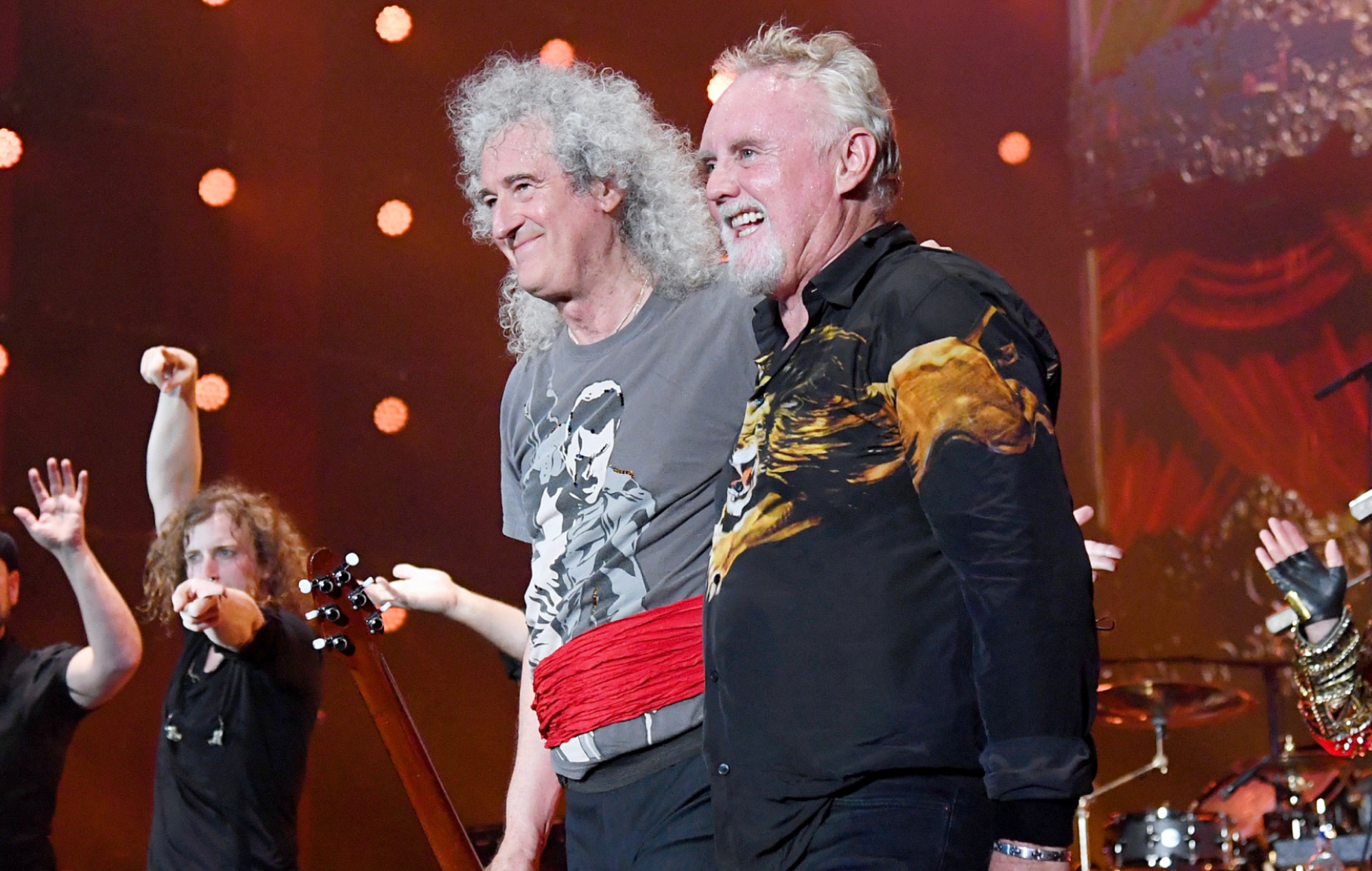 Brian May made a surprise appearance during Roger Taylor‘s show in London last night (October 22) – check out the fan-shot footage below.

The guitarist took the stage at the O2 Shepherd’s Bush Empire, where his Queen bandmate wrapped up a 14-date UK headline tour. Taylor was out on the road in support of his sixth solo album, ‘Outsider’, which arrived on October 1.

After performing a string of solo and classic Queen tracks – including ‘Under Pressure’ and ‘These Are the Days of Our Lives’ – Taylor wrapped up the main set by welcoming May onstage to cover Little Richard‘s ‘Tutti Frutti’.

“It’s my brother from another mother!” Taylor then told the crowd, making way for a rapturous applause for May. The pair then played a special rendition of Queen’s ‘A Kind Of Magic’ together.

Ahhhh Brian May went to see Roger Taylor tonight in London at the O2 Shepherds Bush Empire! And he went on stage and they played together! 👏 pic.twitter.com/T9CpfLccei

Meanwhile, Taylor recently revealed that Brian May had started working on a new Queen song but then “suddenly lost interest”.

“We started it in Nashville when we were all quite tired,” the drummer explained. “We couldn’t decide on a title and the lyric felt a little too negative for Queen, maybe. But it was pretty damn good, and I hope it comes to light.”

Earlier this month, Roger Taylor criticised anti-vaxxers for being “ignorant and stupid”. “But here we are; it’s a clear cut case,” he said. “Vaccinations have been with us a long time now, and they work. Please, get vaccinated.”