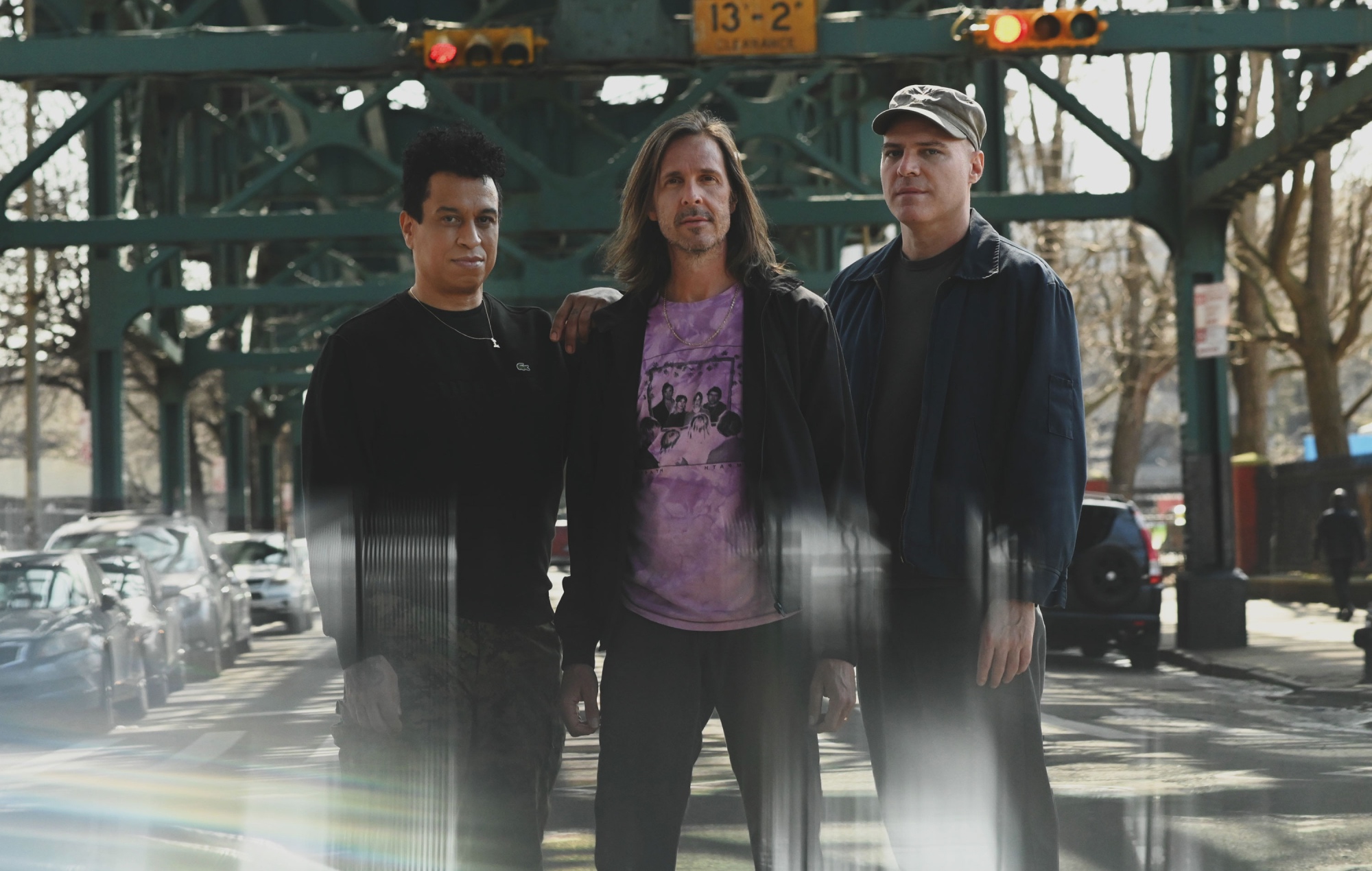 Quicksand’s Walter Schreifels: “I feel kinship with a band like Turnstile”

Cult post-hardcore band Quicksand have hailed Turnstile as a band they feel a “kinship” with, while also revealing the political themes of new album ‘Distant Populations’ and the “romance” of their past break-up.

The New York band’s first two albums (1993’s ‘Slip’ and 1995’s ‘Manic Compression’) were seminal in establishing the post-hardcore scene, alongside work by the likes of Fugazi, Refused and At The Drive In. Around that time, the trio supported The Offspring across America and Europe just as the Cali punks’ thid album ‘Smash’ became a global hit. Soon after, they headlined the first ever The Warped Tour in 1995 but had broken up by the end of that year.

Speaking to NME, frontman Walter Schreifels said he had few regrets about that period.

“We were playing 300 shows a year in this big machine, trying to get a platinum record,” said Schreifels. “It made us all nuts and very prideful, which wasn’t healthy. Looking back now, I know I needed to say, ‘It’s not that I don’t love you, we’ve just been playing too much together’ but there’s a certain romance to breaking up.

“The drama of a rock band deciding it’s all or nothing, it’s the stuff legends are made of. I don’t regret the band breaking up, I’ve done so much cool shit outside of Quicksand that I wouldn’t have done otherwise, but it’s not an unusual story either.”

A brief 18-month reunion came in 1997 that saw the band support Deftones and back head into the studio, but those old tensions hadn’t healed and in 1999, the band split once more without releasing anything new.

Schreifels went on to form alt-rock heroes Rival Schools while bassist Sergio Vega started working with Deftones, eventually joining the band full-time in 2009. In 2012 though, Quicksand decided to give things another go with a series of tours and festival dates before third album ‘Interiors’ finally arrive 2017. Last week the band released their new full-length, ‘Distant Populations’.

The singer said that they still feel a world apart from the rest of the scene, but they see some of their spirit in bands like Maryland hardcore punk Turnstile.

“I had more confidence going into this one,” Schreifels said. “‘Interiors’ was more of a stab in the dark because we had no way of knowing what would happen. When we were doing it in the ’90s, we were part of a scene. Now, either our peers aren’t doing it anywhere or they’ve become massive institutions like Tool or Deftones. There are younger bands like Turnstile that I feel a kinship to, but in many ways we’re out here on our own.”

Despite the completely different musical landscape and the band growing a cult legend over the last two decades, the frontman explained how “the only real pressure on ‘Interiors’ came from the fact we financed it ourselves. If the album came out shitty, it would have been our money that we wasted. I thought that was a healthy pressure to have.”

He went on to explain their growth as a band, telling NME: “After ‘Interiors’, we knew what worked. We always had chemistry but now, we knew how to talk to each other. Once you’ve gone through all that hard stuff and gotten to the good part, it would be stupid to just say goodbye. ‘Interiors’ is a great album but it by no means was our definitive statement. If anything, it just opened up more questions.“

With the mission statement of ‘Distant Populations’ to be “more open to challenging people”, the band set about showcasing the broad church of their influences and for the songs to have more impact

“We wanted it to be more compact,” said Schreifels. “We wanted to crack our knuckles and hit it harder. The first song we put out was ‘Inversion’ because it would have fit really well into our set in those early days. It also takes things to the next level though because we are evolved people. We’ve continued to create so there are certain complexities we can get into, or choose to avoid, which is where the fun is.”

Lyrically, the record deals in themes of technology, apocalypse and the desensitising amount of information we’re all exposed to in the social media age.

“We’re so wrapped up in our own bullshit, we’re more isolated than any group of people that have ever lived,” Schreifels said. “You might think your life is so much better than a servant in the dark ages but if you’re working in a fast-food place, not making enough money to feed your family…”

He went on: “Everything was heightened by the pandemic and political tensions across America but it really does feel like there’s a massive amount of trauma in the world right now as well as a societal evolution going on. I took these very simple ideas that I’ve had since my early punk days – kindness, empathy, don’t be racist, save the oceans – and found myself digging deeper.

“In a literal sense; the planet is dying and we need to work together to fix it. I’m not political in the same way as some of my peers but I wanted to put some empathy out there.”

Schreifels also explained that that while the band enjoy “a great legacy,” they’re set on continuing to do more “interesting shit”.

“No one sounds like us,” he said. “Sure, adding something new is always a potential threat to what’s come before but if you worry about that, then you work yourself into a corner. That’s not really an option. Our legend’s not that big that we can’t try to be who we are.”

He added: “It’s one thing to have a legacy that means people will come out to see you at a festival, it’s another to make a new record and build on that excitement. The downside of legend is that it implies the story is over. Once you hit legend status, whatever your legend is, it’s tough to compete against that. The more you fight against it, the more sparkle you get from it. It’s a fun challenge because we can always surprise people.”

‘Distant Populations’ by Quicksand is out now. The band embark on a US tour next month. 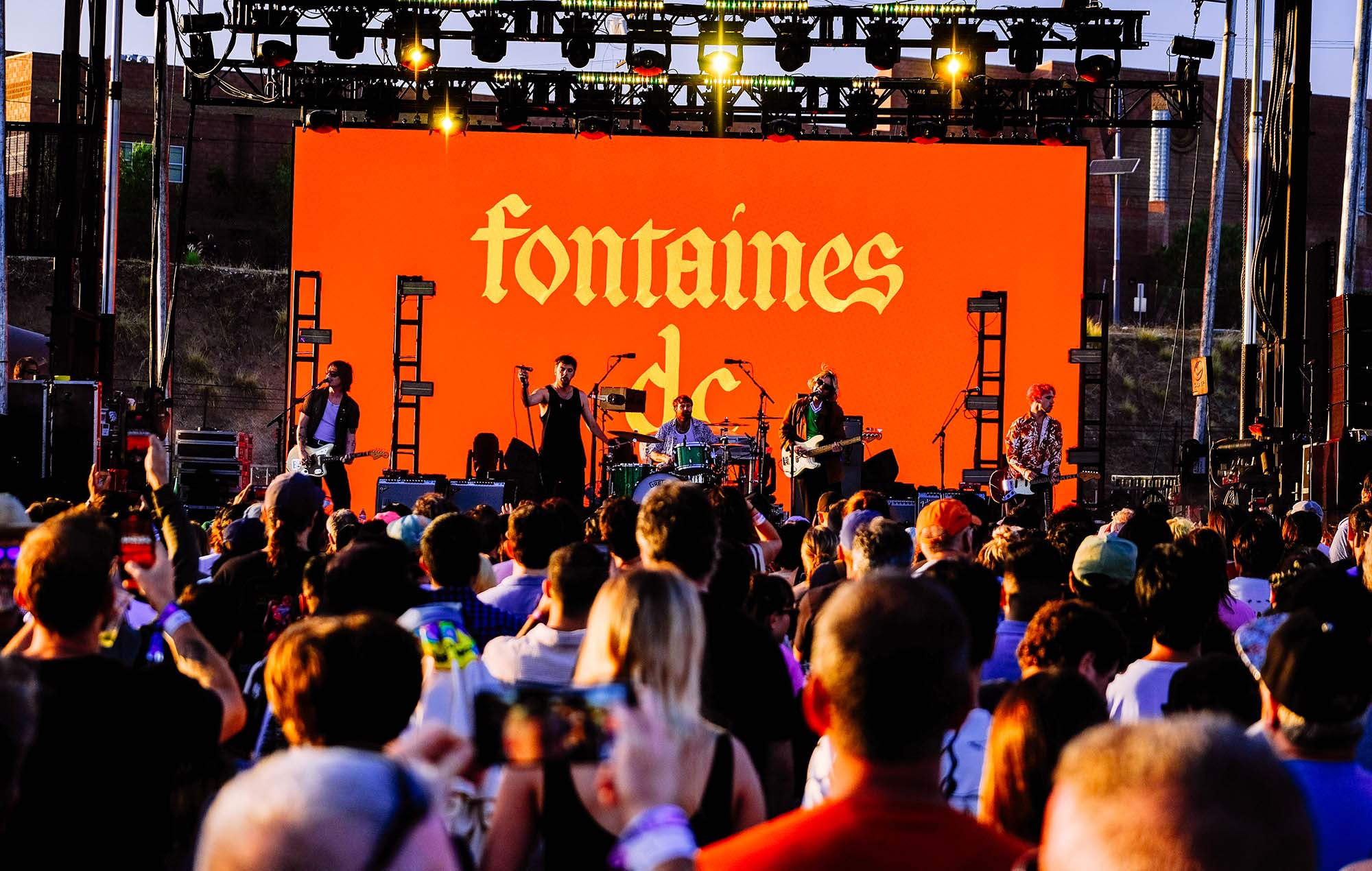