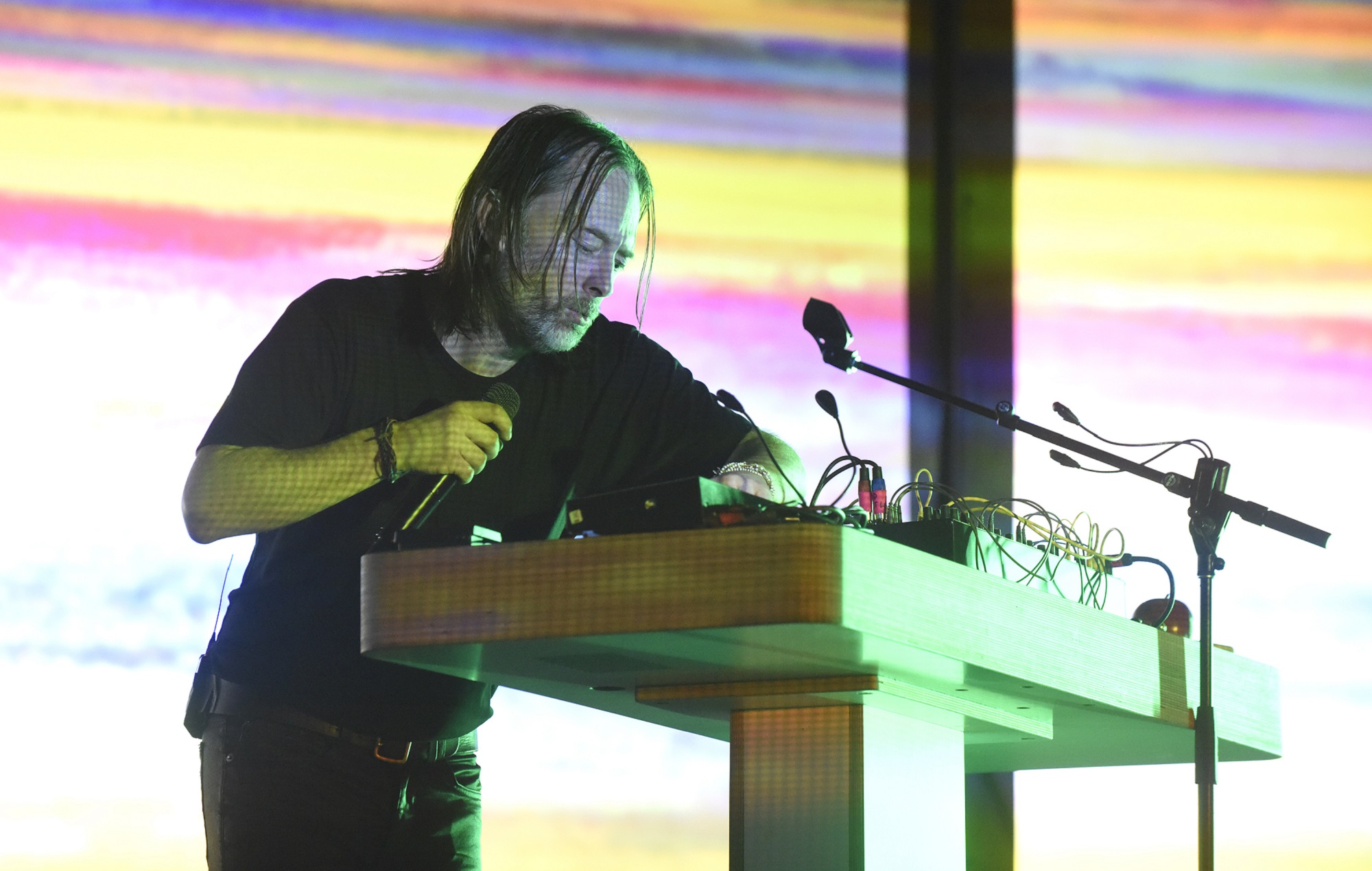 Radiohead and PlayStation have announced a new ‘virtual exhibition’ themed around the band’s forthcoming reissues of ‘Kid A’ and ‘Amnesiac’.

The band announced a triple-album reissue compiling the two releases, plus an album of previously unheard material from their sessions, earlier this week.

Now, a trailer has been revealed for an accompanying PlayStation experience. It features ‘Kid A’ track ‘Everything In Its Right Place’, and a collection of Radiohead logos etched on a virtual wall.

Details are scant about the release, but PlayStation describes it as “An upside-down digital/analogue universe created from original artwork and recordings to commemorate 21 years of Radiohead’s Kid A and Amnesiac. Coming in November 2021.”

The triple album ‘KID A MNESIA’ will be released by Radiohead via XL Recordings on November 5. A previously unheard track, ‘If You Say The Word’, has already been shared.

Two art books by Thom Yorke and Stanley Donwood cataloguing the visual works created during the ‘Kid A’ / ‘Amnesiac’ era will also be published on November 4.

Last year, Radiohead guitarist Ed O’Brien teased to NME that fans might be in for something special to celebrate the two albums.

“It would be nice to honour it, but then there’s the struggle – how can you get that excited about an album that came out 20 years ago? I can’t,” he said. “I’m thankful it was a moment and know that it means a lot to people, but it was a long time ago.”

O’Brien’s comments came after frontman Thom Yorke previously revealed in 2019 that the band were planning to do something “really cool” with material from ‘Kid A’ and ‘Amnesiac’ in the coming years.