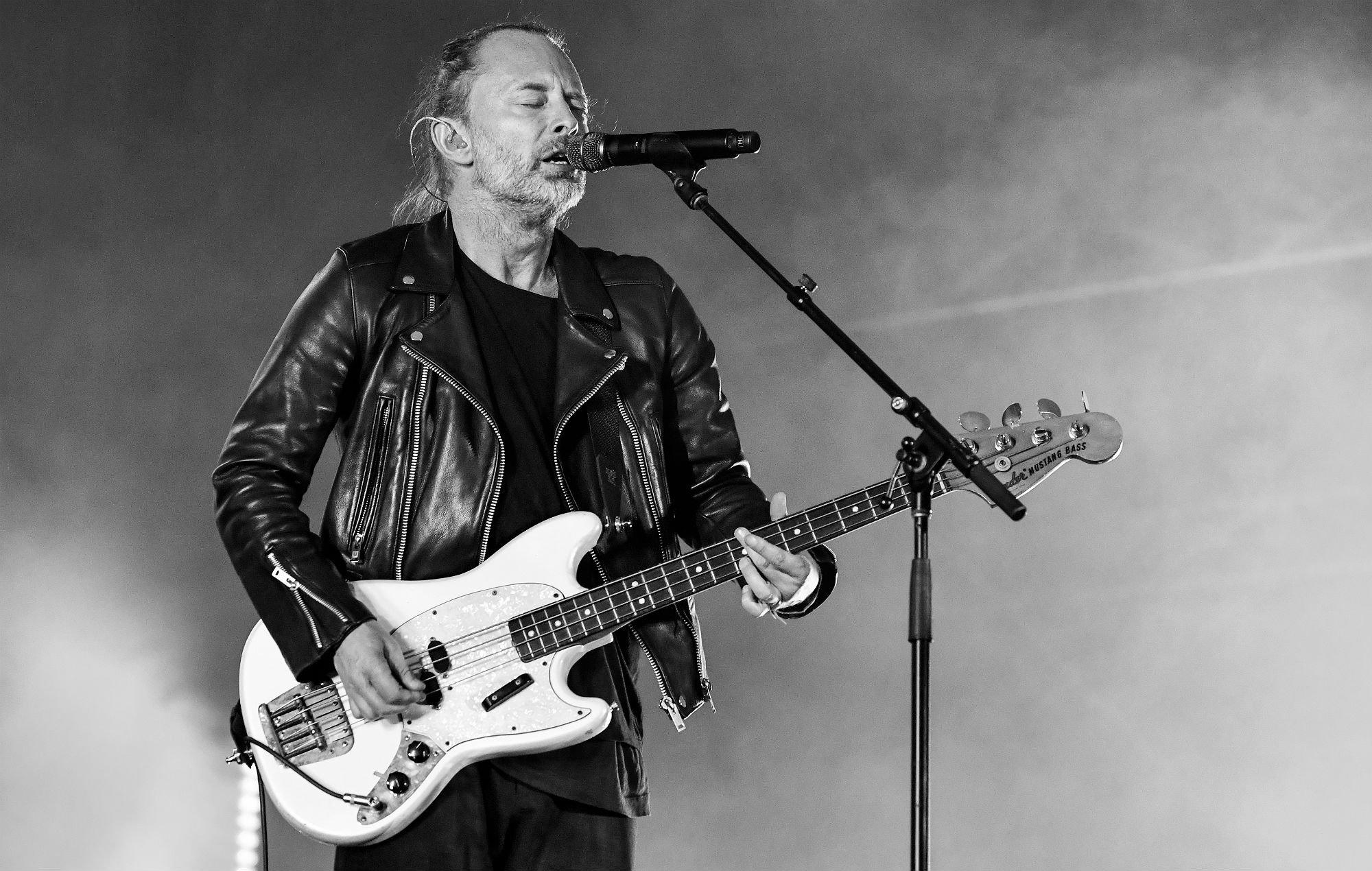 Radiohead have joined TikTok today (April 1) and have shared a cryptic new video.

A verified account for the group appeared on the video app for the social media site earlier today.

The group shared a short clip of mysterious Radiohead associate, Chieftain Mews, who can be seen delivering a dystopian news broadcast at a desk which has the words ‘Mews’ displayed and Radiohead’s logo in the background.

The black-and-white, low-fi video has a grainy filter and a ‘Mews’ sign can be seen on the desk. You can watch it below:

Against a clip of ‘Paranoid Android’, Mews says: “Well, what do you want me to say?” Mews asks a voice off camera who can be heard uttering: “say something.”

A few moments later, static cuts in the video and he adds: “This is your wakeup call,” Mews says with a grave tone. “Have a good day.”

Some fans are speculating that the new video could mean new Radiohead music is on the way, whilst others are pointing out the timing of the release – April Fool’s Day – could suggest it’s part of an elaborate prank.

Last year, Radiohead guitarist Ed O’Brien reassured fans that the prospect of the band reconvening to make a new album “will definitely happen”.

The guitarist told NME back in April that he and the band were having “online meetings” and “talking about stuff”. While he stressed that “for the foreseeable future, everyone is doing their own thing,” O’Brien did add that “when it feels right to plug back into Radiohead, then we will.”

Back in March, frontman Thom Yorke remixed the solo acoustic version of ‘Creep’ to contribute to a high-profile Japanese fashion show.