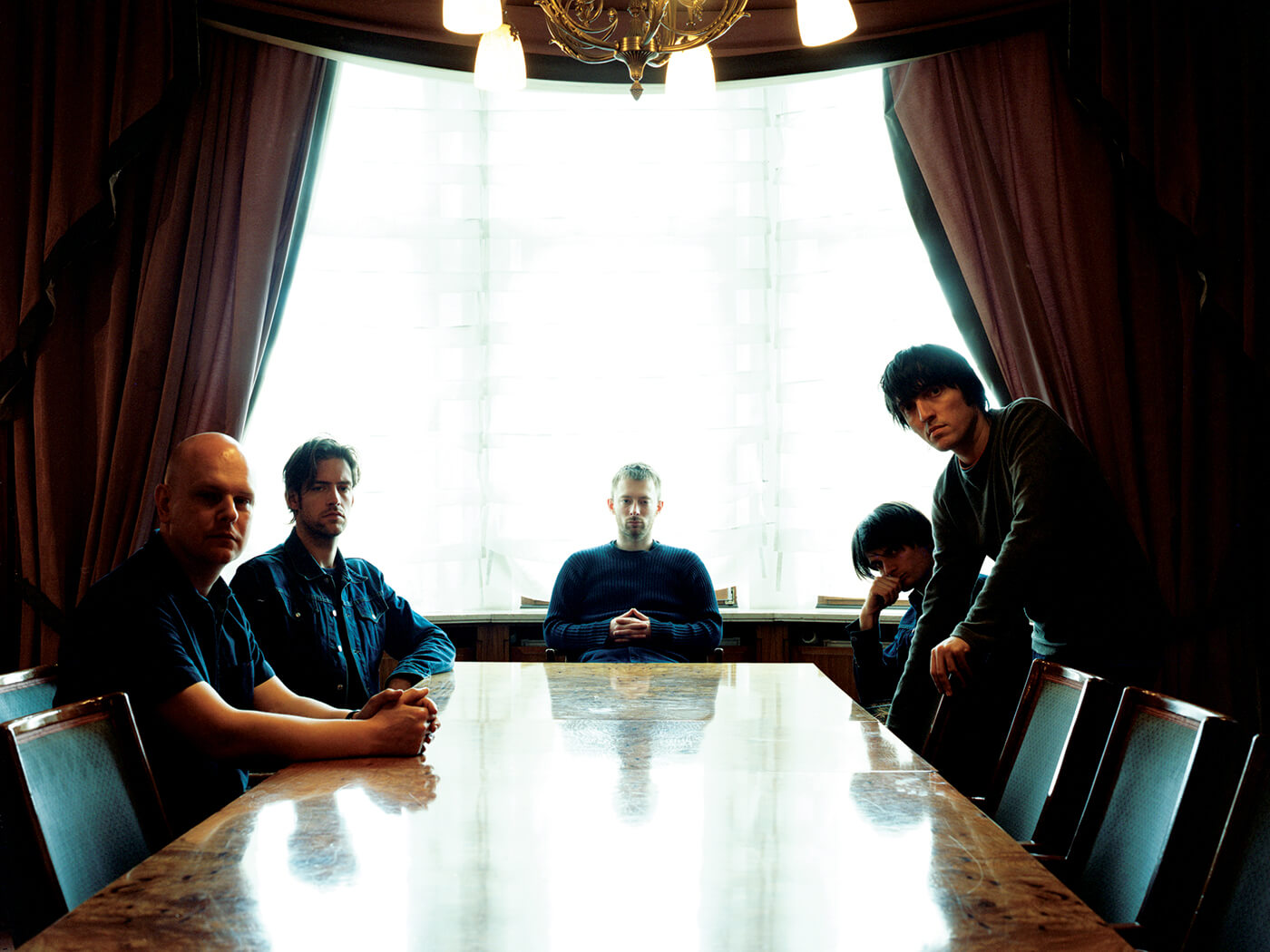 Riding high on their career-crowning post-rock masterpiece OK Computer, Radiohead could have gone anywhere. And they did. Partly in reaction to the depression, writer’s block and nausea that Thom Yorke experienced in the wake of huge critical and commercial acclaim, the Oxford quintet radically changed their writing methods and sound palette. Guitar-centric rock songs were out, replaced by avant-jazz mood pieces and electro-classical soundscapes. Melody was deconstructed, rhythms scrambled, vocals mangled and manipulated, lyrics spliced into cut-up collages. No longer seeking to emulate Scott Walker, Björk, Jeff Buckley and DJ Shadow, Radiohead were now aiming for a plateau beyond rock: to Aphex Twin and Arvo Pärt, Mingus and Messiaen, Can and Eno and Penderecki.

Repackaging sister albums Kid A and Amnesiac with an extra disc of alternate cuts and lost tracks, this boxset revisits the most divisive chapter in Radiohead’s career. Released in October 2000, Kid A certainly wrong-footed many reviewers: hipper gatekeeper critics deemed it derivative and self-congratulatory, while mainstream pundits found it impenetrable and wilfully obtuse. But two decades later, it mostly stands up as a boldly ambitious experiment for a major rock band, from the spiralling lounge-jazz incantation Everything In Its Right Place to the piledriving cyber-funk earworm Idioteque, the sumptuous orchestral ballad How To Disappear Completely and the gorgeous ambitronic reverie of Kid A itself. For all its challenging elements, the album became Radiohead’s first transatlantic chart-topper.

Recorded during the same sessions but released in May 2001, Amnesiac seemed at least partially designed to soothe more conservative Radiohead fans unsettled by Kid A. It certainly feels richer and broader overall, with more conventionally melodic, guitar-focused numbers like the swooping, circling Knives Out and the luminous torch song You And Whose Army, on which Yorke takes veiled potshots at Tony Blair in a plaintive Chet Baker falsetto. There is even an inspired guest appearance by veteran jazz icon Humphrey Lyttleton and his band, who clothe Yorke’s paranoid anti-fame ballad Life In A Glasshouse in bluesy, woozy, half-drunk swirls of New Orleans brass.

Even so, the experimental pieces on Amnesiac are as uncompromising as anything Radiohead have ever recorded: the desiccated techno chatter and squished vocalese fragments of Pulk/Pull Revolving Doors, the electro-jazz sizzle and throb of Hunting Bears, the deliciously wobbly disintegration loops of Like Spinning Plates.

Radiohead have always been more Bowie than Prince with their unreleased tracks, recycling rather than hoarding. They famously spent years honing lost gems like “Nude”, Lift and True Love Waits before unveiling their official versions. So it comes as no surprise that the extra disc Kid Amnesiae mostly puts a fresh spin on pre-existing material, with just a handful of previously unheard compositions.

Already widely trailed as a promotional teaser, the most fully realised all-new song here is If You Say The Word, a fairly straight acoustic-heavy ballad that was reportedly shelved during the sessions for being too tasteful. Over nimble swing-jazz percussion, fingerpicking guitar and a glistening patina of Ondes Martenot, Yorke croons a qualified message of empathy laced with typically barbed asides: “When you change your friends, like changing your clothes.” While not quite a stone-cold classic, this is an unusually high-calibre track for any band to sit on for 20 years.

First heard on the soundtrack to Meeting People Is Easy, Grant Gee’s 1998 Radiohead tour film, Follow Me Around is a campfire strum of jungle-jangling mourning with a sinister stalker lyric. This arrangement is slightly slower and more polished than previously released live and compilation versions, with an extra nasal twang of rustic Americana in Yorke’s layered vocals.

More interesting for fans of Radiohead’s avant-rock side is an alternate reading of B-side track Fog, its dark nursery thyme lyric here couched in luminous burbling electronica, sounding cleaner and brighter and more unapologetically lovely than the gnarly, knotty version released with the Knives Out single. And die-hard deep-cut devotees will already be slavering over Pulk/Pull (True Love Waits Version), which marries the mechanised rhythm bed of Pulk/Pull Revolving Doors to the soaring, imploring vocal from much-loved cult rarity“True Love Waits. While not the best version of either track, this is an enjoyably playful mash-up experiment.

A handful of short instrumentals, mostly untitled, are mildly diverting but fairly inessential studio sketches. Far more engaging is the romantic piano version of Like Spinning Plates, its tumbling arpeggios largely uncloaked by studio fuzz, and the sumptuous string arrangement of How To Disappear Completely, its legato swoons and gleaming glissando gradients sounding like Mahler remixed by Mica Levi. Sublime.

In a superb 2007 retrospective piece on OK Computer for Uncut, the late, great music writer David Cavanagh lamented how few bands rose to the challenge of Radiohead’s millennial post-rock masterpiece. But Radiohead themselves did, and it led them to Kid A and Amnesiac. These fertile musical experiments shattered the band into multiple new identities, from Jonny Greenwood’s avant-classical film scores to Yorke’s electro-heavy side projects Atoms For Peace, Tomorrow’s Modern Boxes and more.

Taken together, these kaleidoscopic dual albums remain game-changing landmarks in the spirit of Bowie’s Berlin trilogy or Remain In Light by Talking Heads. Hearing them again two decades later, the shock of the new has faded, but the sonic richness and meticulous attention to detail endures. Behind the fizz and crunch and crackle lies a surprisingly lush, soulful beauty.