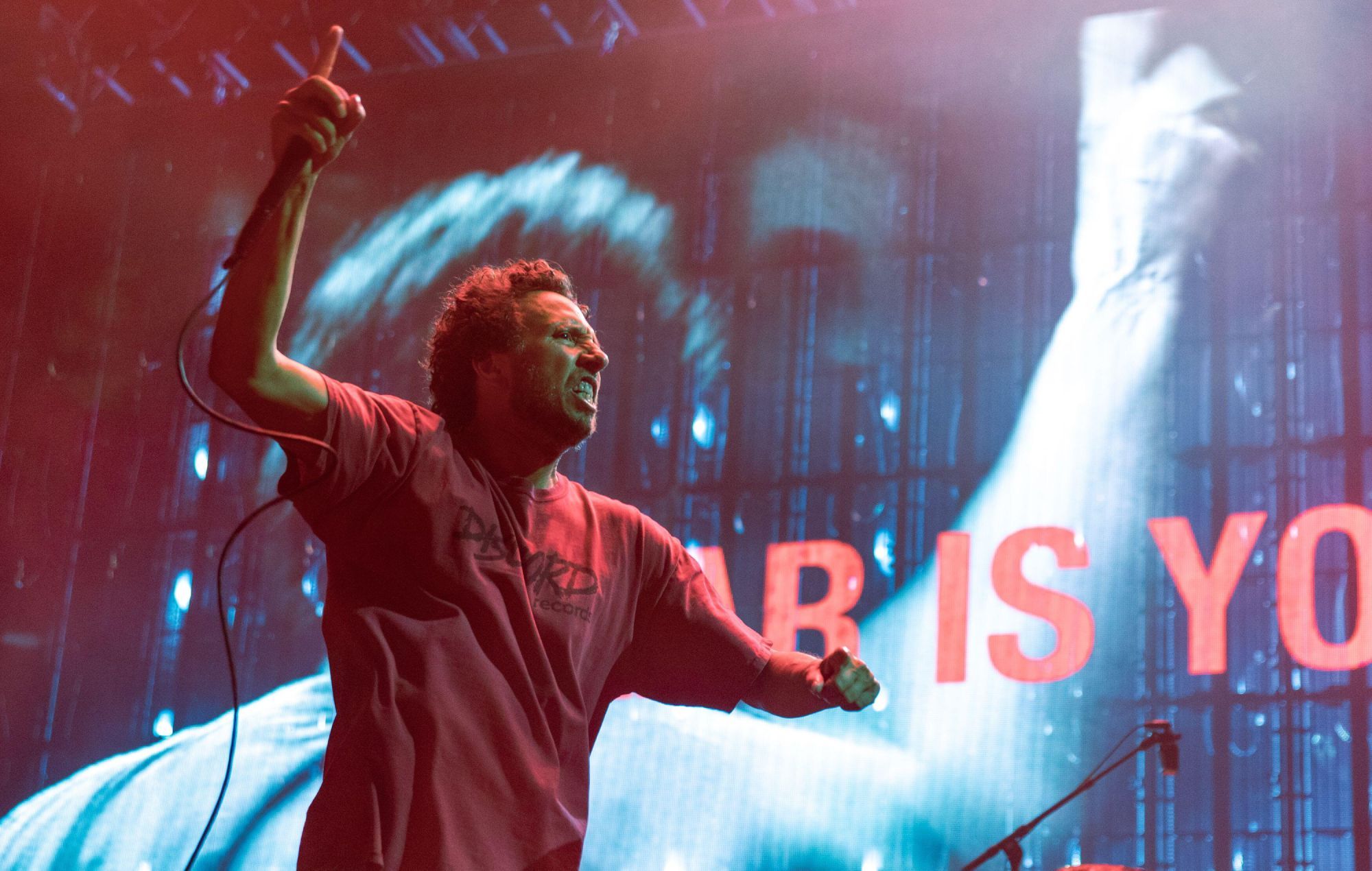 Rage Against The Machine played ‘Born Of A Broken Man’ for the first time in 14 years at their show in Cleveland, Ohio earlier this week – check out the footage below.

The band were performing at the city’s Rocket Mortgage FieldHouse arena on Wednesday night (July 27) as part of their current ‘Public Service Announcement’ North American tour with Run The Jewels.

Towards the end of their 18-track set, Rage dusted off ‘Born Of A Broken Man’ from their third studio album ‘The Battle Of Los Angeles’ (1999). It marked the track’s first live outing since 2008, per Setlist.FM.

You can watch a fan-shot video of the performance here:

Elsewhere in the show, RATM once again teamed up with their tour mates Run The Jewels to play a joint rendition of ‘Close Your Eyes (And Count To Fuck)’. The single appears on RTJ’s second album, 2014’s ‘Run The Jewels 2’, and features Rage frontman Zack de la Rocha.

Last weekend, Tom Morello was inadvertently tackled by a security guard at Rage Against The Machine’s show in Toronto after a member of the crowd stormed the stage.

“Don’t try that shit,” de la Rocha told the audience after the incident unfolded. “We’re cool, we love y’all… but don’t do that.”

At their second Chicago stop-off, meanwhile, Rage aired ‘No Shelter’ for the first time in 15 years.

RATM’s ‘Public Service Announcement’ tour is due to resume in Pittsburgh, Pennsylvania tonight (July 29). Prior to this current run of dates, the group hadn’t performed live since 2011.