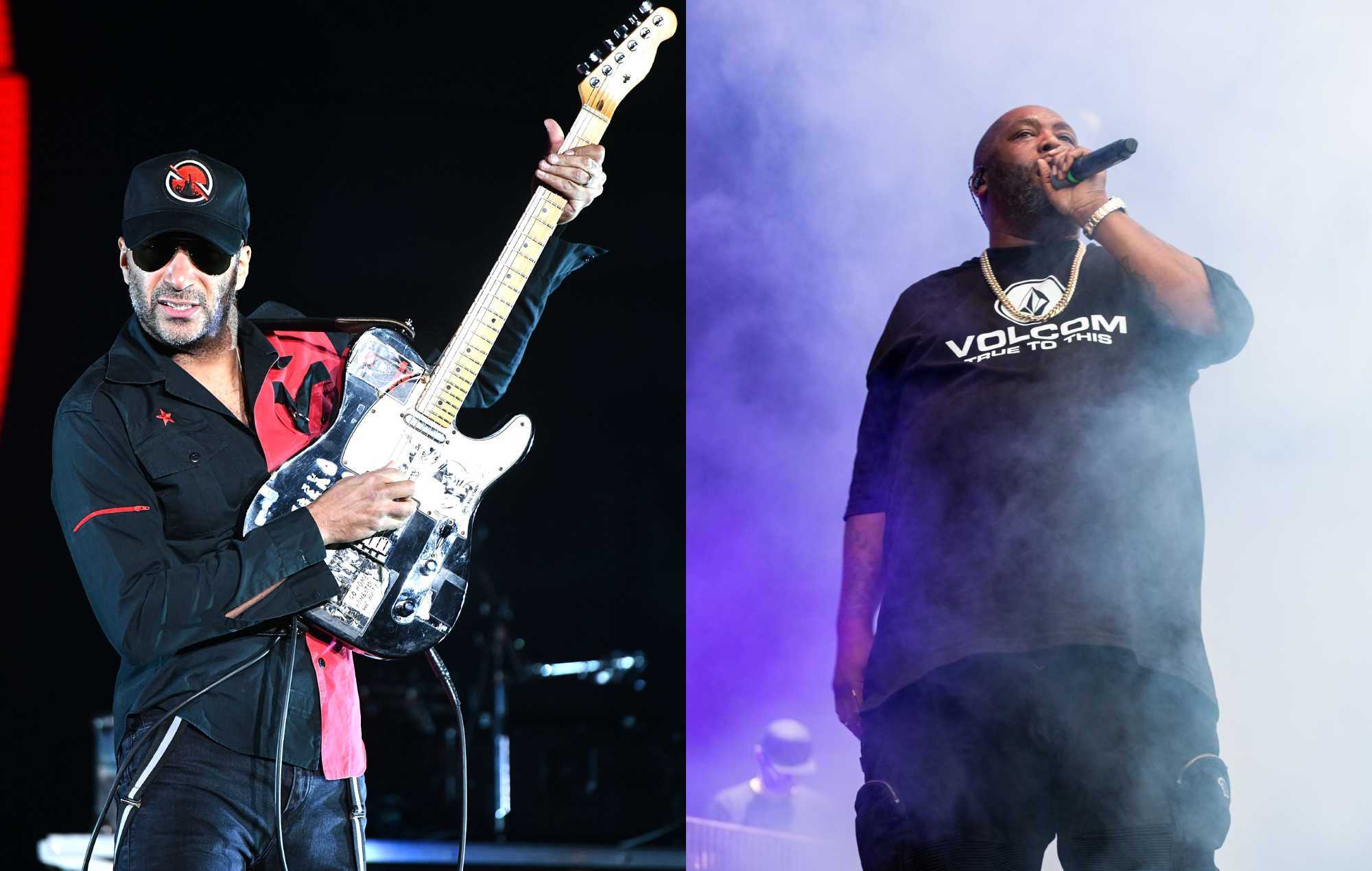 Rage Against The Machine brought out their tour openers Run The Jewels for a performance of ‘Close Your Eyes (And Count to Fuck)’ – watch fan-shot footage below.

Rage Against The Machine are currently on their ‘Public Service Announcement’ North American tour, which began on July 9. Prior to this current run of gigs, Rage hadn’t played live since 2011.

During their show in Toronto on July 23, the band brought out RTJ after playing ‘Wake Up’ and ‘Guerrilla Radio’. Elsewhere in their set, they played a cover of Bruce Springsteen‘s ‘The Ghost of Tom Joad’.

Zack de la Rocha was once again performing while sitting down due to a leg injury he sustained during Rage’s show in Chicago on July 11.

At the same gig, Tom Morello was inadvertently tackled by a security guard during closing track ‘Killing In The Name’ after a fan managed to make it up on stage.

A security guard was quick to respond, and ran towards the man in an attempt to remove him. The stage-crasher, however, fell into the pit as Morello was accidentally taken down.

Morello eventually managed to get himself back up on the stage, and was met with cheers and applause from the crowd. “Don’t try that shit,” de la Rocha announced. “We’re cool, we love y’all… but don’t do that.”

Next month, Rage Against The Machine return to the UK to play a huge outdoor show in Edinburgh and headline Reading & Leeds 2022. Find tickets for RATM’s UK dates here, and North American ones here.

Meanwhile, Run The Jewels will be supporting Rage Against The Machine in Edinburgh and will also be heading to Reading & Leeds 2022, followed by shows in Europe with the band.