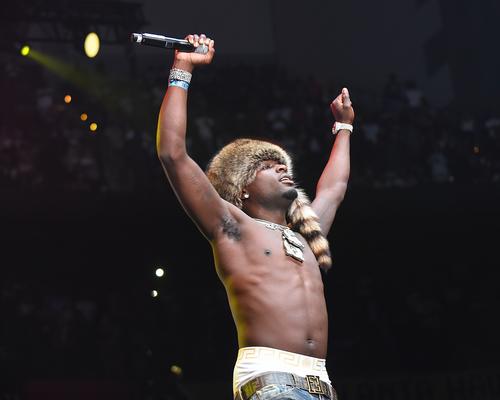 Ralo Pledges To Avoid Drama, Beefs With Rappers In 2018

New year, new you – it’s a motto that Ralo seems to be trying to follow very closely in 2018.

The Atlanta native recently posted a video clip on his Instagram prile that, among other things, pledged to those watching that he would be avoiding drama and, in particular, beefs with other rappers this year. In his own way, he’s trying to turn over a new leaf.

As is typical in a Ralo video, the rapper opened things up by giving fans a few gratuitous glimpses his many bags cash, which he had laid out on the countertop, in the sink and even next to the stove in his kitchen. Shortly thereafter, he decided to get real and let everyone know what was up with his new goals for 2018.

“If I did anything to you in 2017, I beg you to forgive me,” he began. “No more motherf**king drama. No more beef with no motherf**king rappers …] I don’t want nothing to do with that s**t.” While some skepticism is sure to set in among those who follow Ralo and his doings on social media, it’s worth noting that video seemed to be the utmost sincerity. Only time will tell if the emcee can keep his good behavior up and keep himself away from any situations or dialogues that might invite any drama.

RELATED: Ralo Fires Shots At Moneybagg Yo On “Trending”

If Ralo is pledging to clean up his act in 2018, who’s another rapper that could stand to stay away from the beef market this year? Let your voice be heard in the comments.