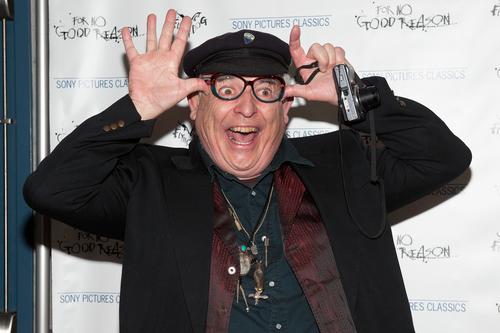 One the most highly anticipated projects that came out in 2017 was Travis Scott and Quavo’s joint album, Huncho Jack, Jack Huncho. The project was in the works for a while and there was even a point when no one was really convinced it would’ve been released last year, if ever. However, they ended up dropping it earlier than expected. One thing that stood out in particular on the project was the album artwork which was handled by famed illustrator, Ralph Steadman. In a recent interview, he detailed how the collaboration came to be.

“I had to familiarize myself with this whole new world rap. I liked Travis and Quavo’s faces and their dreadlocks. I knew I could make some use those,” he said.

He later elaborated and said that even though he had no idea who either rappers were, it didn’t play much a factor in his decision to work with them.

“Though I had never heard them I did not consider that important, it was for me unknown territory, and I went along with it out curiosity as much as anything,” he said.

Despite the fact that he’s unfamiliar with hip hop, he did admit that he enjoyed the project due to their enthusiasm and youthfulness. He even said it reminded him the time he was a choirboy.

Regardless their totally contrasting worlds, Steadman came through with an exquisite cover art that represents Scott and Quavo’s collaborative effort well.