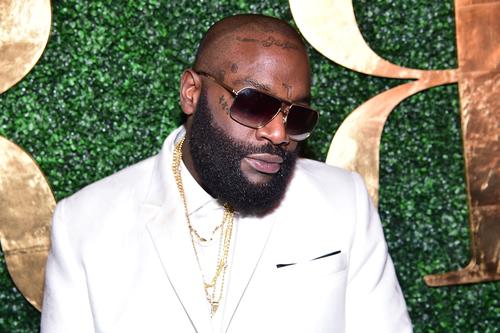 Sometimes, people will go to strange lengths in an attempt for recognition. While many are content to wild out on camera in the hopes going viral, there are some who take things too far, opting to break the law for a perceived greater good. Such was the case for aspiring rapper Cedric Miller, who recently found himself arrested after attempting to rob a Memphis Wingstop. His motivation was a simple one – to get the attention the restaurant’s owner, rapper Rick Ross. Unfortunately for Miller, his attempted robbery was unsuccessful, as reported by CBS’s local Memphis outlet.

Surveillance footage reveals Miller and his crew attempting to seize money from the Wingstop. While they managed to get away, police received a tip naming Miller as one the robbers. Afterward, a Wingstop employee was able to identify Miller out a lineup, and he was arrested shortly thereafter. Police then went on to inform the Wingstop manager that Miller’s motive was to get Rick Ross’ attention, in the hopes landing a record deal with the mogul. And while it seems unlikely that Rozay will actually sign the now-incarcerated Miller, it wouldn’t be surprising if the story actually managed to spread to the boss. On that note, Ross has yet to comment on the robbery, and it’s unclear if he ever will.

Check out video the report below, including some footage from the robbery.