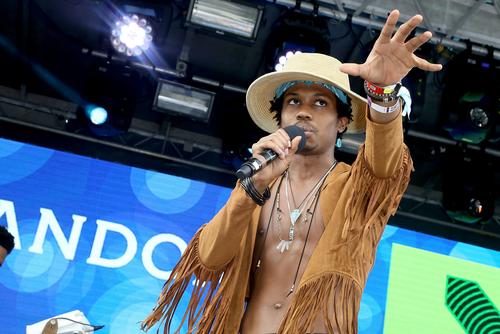 Raury Leaves Columbia Records: "I Would Rather Die Than Be Controlled"

Today, Raury has ficially parted ways with both Columbia Records and creative agency Love Renaissance. In an interview with DJ Booth, Raury explains the motivation behind his decision, which ultimately came about during a shift in personnel. Granted, there were clearly many factors behind his decision, but he ultimately stated”I want out the label when the people who believed in me transition jobs to be replaced by strangers who don’t know me.”

He proceeds to talk about a time in which he went to Coachella with no label support, which he felt was the label’s attempt to take control:

“I went to Coachella without any support from the label. It was like they were trying to put me in a position fear and weakness so I could run out money and they could control me. I would rather die than be controlled. I would rather take my career on a path where I can play with my friends, stay with family, and remain physically, psychologically and spiritually well.”

Raury also drops some wisdom on the miscommunication that ten transpires between artist, label, and fan, which also contributed to his decision:

“I’m sick and bored with everything these record labels] have been fering fans,” he continued. “The fans are not having fun. The artist may love the fans but the management and label don’t. So the relationship between the fan and artist is built like god and worshipper when it should be artist serving the people. Sadly, they tell us to come into this square, oppressive, dark, dingy building, get sweaty and drunk and be told to put our hands up and jump. I think the fan is worthy more an experience.”

That’s not to say he wanted to end things on a sour note. Raury tweeted out some kind words to Love Renaissance, although Columbia was notably absent. Check out the full interview here, and the tweets below.