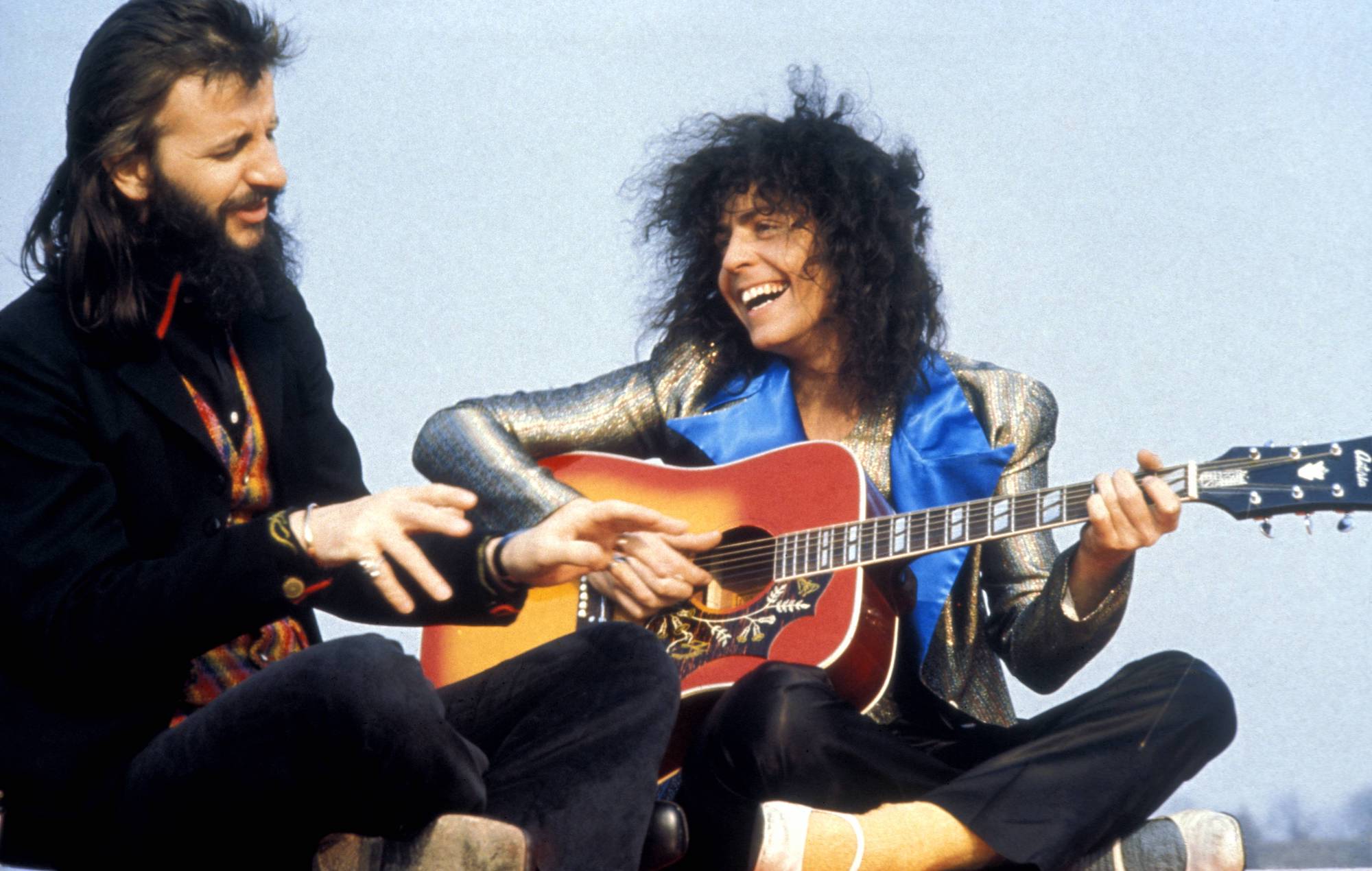 At last night’s (November 7) Rock and Roll Hall of Fame ceremony, late T-Rex frontman Marc Bolan was among the new inductees, and he was welcomed into the Hall by Beatles drummer Ringo Starr.

“People knew him as a great musician, a songwriter, a guitarist, but he was also a poet,” Starr said of his friend, who died in a car crash in 1977. “And he was really proud of that.

“He was always telling me that he was the Number One selling poet in Britain. In fact, his poetry was as important to him as his music. He had great style and was really unlike anyone else I have ever met.

Ringo added: “He was a great performer, just incredible. And that’s why I called the film we did together Born to Boogie, because he really was. I told Marc, I’ll bring the camera and everything else, you just bring yourself. We had a lot of fun together. I remember lots of laughter.

“We lost him way too young, but in his short life, he made over 12 albums that are as far out and ahead of their time as he was. With the help of [producer] Tony Visconti and his band T. Rex, Marc’s style started a lot of trends. They called it glam rock with singles such as ‘Get It On’, ‘Children of the Revolution’, and, of course, ‘Born to Boogie’.”

Starr’s speech concluded: “But it was always just great music to me. And that’s why people are still listening to T. Rex today. There’s no doubt they believe in the Rock and Roll Hall of Fame — finally. And I’m very proud to welcome them in right now. Peace and love to [T. Rex members] Marc, Mickey, Steve, and Bill, and peace and love to all the fans from me and T. Rex. Peace and Love.”

When Bolan’s induction into the Hall of Fame was announced back in January, his former girlfriend and bandmate Gloria Jones discussed what she feels it would have meant to him.

“He would have said, ‘It’s about time!’” Jones joked in an interview with Billboard, before adding: “He was a very humble spirit, but he understood who he was. He understood his worth.”

Earlier this year, a Marc Bolan tribute album ‘AngelHeaded Hipster’ was released. Included on the album are Nick Cave’s stripped-back cover of ‘Cosmic Dancer’, Peaches’ version of ‘Solid Gold, Easy Action’, and Kesha’s take on classic ‘Children Of The Revolution’.

The album also includes contributions from U2, Elton John, Joan Jett and more. It was produced by the late Hal Willner, who died in April.