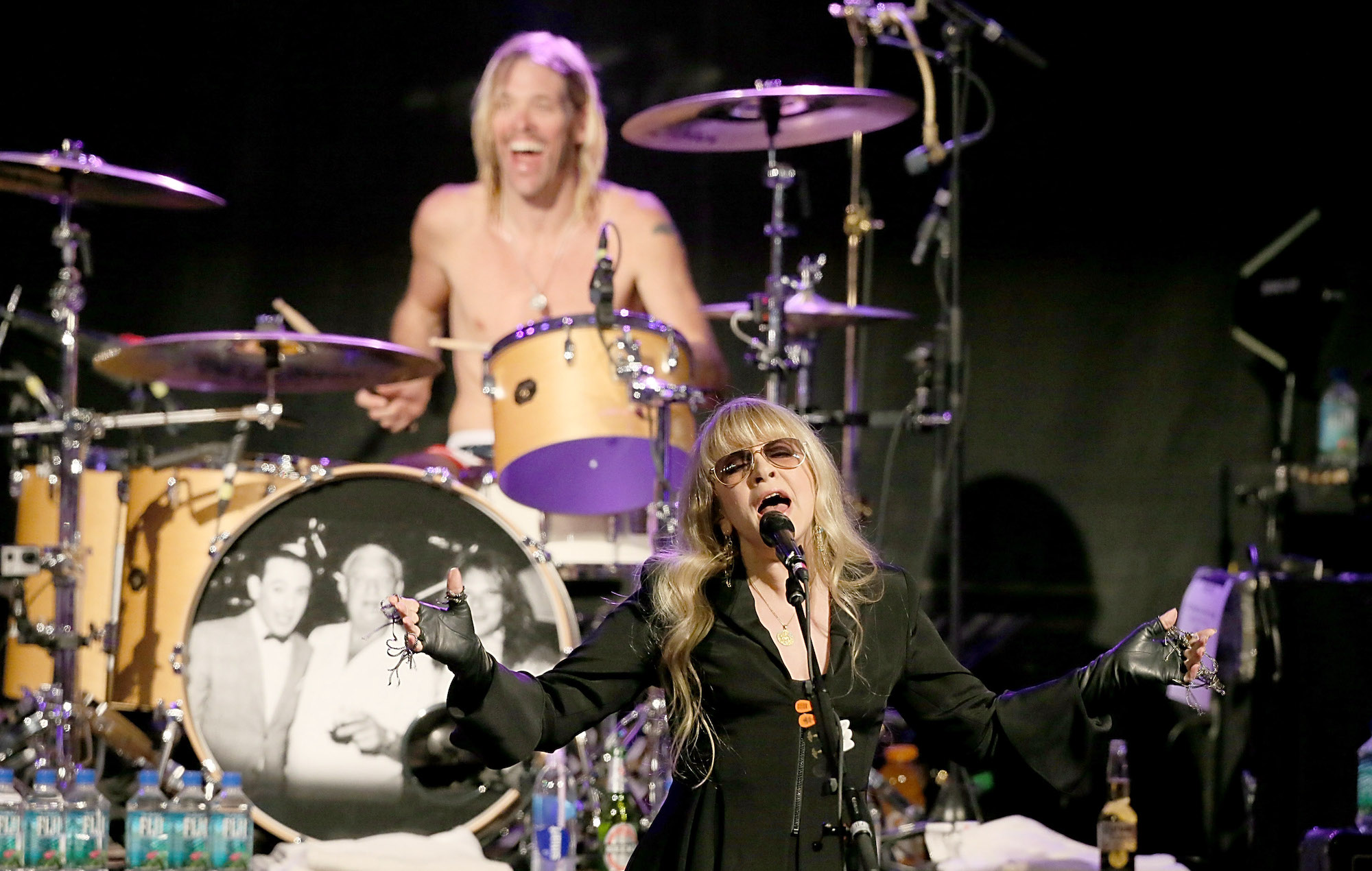 Stevie Nicks has written a new poem in tribute to late Foo Fighters drummer Taylor Hawkins – read it in full below.

Hawkins died in Bogotá, Colombia on Friday (March 25) at the age of 50 and was found in his hotel room, hours before Foo Fighters were set to headline a festival in the city as part of a South American tour.

Since news of his death broke, thousands of tributes from across the music and entertainment world have poured in, with Coldplay, Liam Gallagher, Miley Cyrus and Stereophonics all dedicating songs and performances this weekend to Hawkins.

In her own tribute, Fleetwood Mac singer Nicks shared a photo of the pair and wrote a tribute alongside a specially-penned poem.

“Thank goodness for the photo booth in the Foo Fighters studio,” her message began. “Because of these pictures my friendship with Taylor will always be at my fingertips. He always came to my shows. He and his best friend Dave even let me be a Foo Fighter for a little while. We recorded a kick ass version of ‘Gold Dust Woman’ (live).”

She added: “Taylor was very handsome and he was very cute. Sometimes that combination is way better than ‘beautiful.’ I think it’s everything. He had a huge heart and a glorious smile. When he walked into the room, everyone looked up. When he left the room, everyone was sad.”

“I am sad now
I am really sad
It’s like rolling thunder
Yes, that’s what I said
It’s like a bad dream~
Comes like a wave~
Gives you a moment
And then drags you away.
Our hearts are broken,
We will never be the same.
As I write these words~
I feel the pain.
But I will always remember~
That the laughter and the fame
Brought us together
To play the game
And we played it, again and again and again
And it was extraordinary~
Don’t forget us, “I.”
We’ll be right here
Love you,
Stevie.”

An initial toxicology report into the death of the Foo Fighters drummer has been carried out by health officials in Bogotá.

Colombia’s attorney general’s office and the National Institute of Forensic Medicine have revealed that a preliminary toxicology test found that multiple drugs including opiates, antidepressants and marijuana were found in Hawkins’ system at the time of his death.

A statement added that emergency services were called after a patient complained of chest pains. When they arrived, they attempted to resuscitate the drummer but were unsuccessful and he was declared dead at the scene.

Foo Fighters confirmed Hawkins’ passing on Friday afternoon, with a statement reading: “The Foo Fighters family is devastated by the tragic and untimely loss of Taylor Hawkins. His musical spirit and infectious laughter will live on with all of us forever. Our hearts go out to his wife, children and family, and we ask that their privacy be treated with the utmost respect in this unimaginably difficult time.”