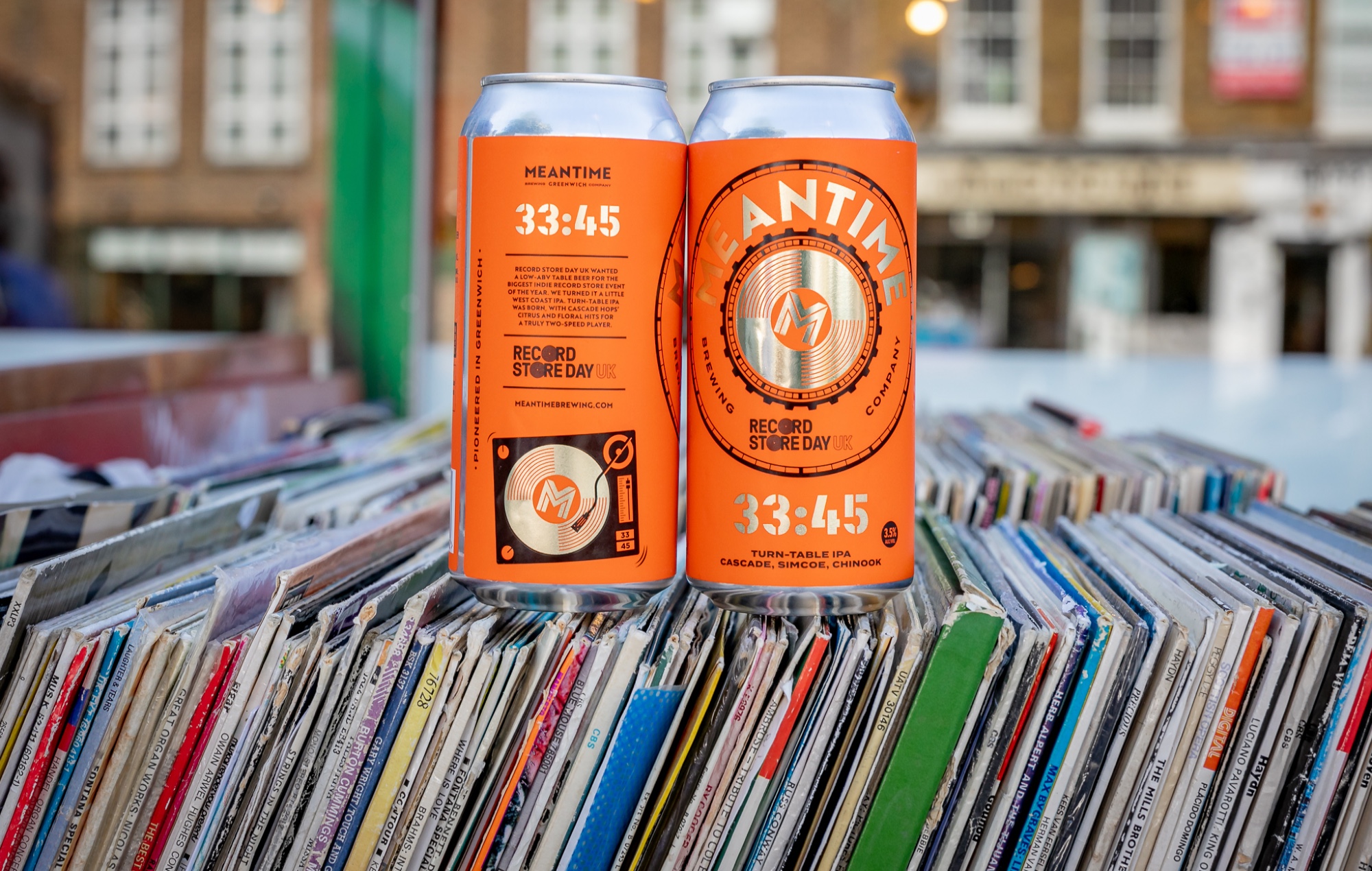 The annual celebration of independent record stores across the UK is due to take place on June 12 and July 17 this year. To mark the occasion, Record Store Day has launched the new beer in collaboration with the Meantime Brewing Company.

The Greenwich-based brewery will become RSD’s “official beer partner” for the event, which celebrates over 200 independent record shops across the UK.

Proceeds from the sale of ‘Meantime 33:45 beer’ will be donated to War Child, the specialist charity for children affected by conflict and official charity partner of Record Store Day. You can buy the beer here.

A description of the beer reads: “The table beer (3.5% ABV) has been brewed especially for the biggest indie record store event of the year and is inspired by the American west coast to offer a Turn-table IPA with Cascade, Chinook and Simcoe hops’ citrus, pine, and floral hits for a truly two-speed player.”

Music lovers visiting their local record store on the official days, will also receive limited edition Meantime t-shirts and Tote bags at participating record stores as a thank you for their support.

The former Oasis musician will take on the role as well as releasing a limited edition coloured vinyl of his upcoming High Flying Birds Best Of album, ‘Back The Way We Came: Vol 1 (2011-2021)’.

Arriving as part of RSD 2021’s first drop on June 12, the numbered hand-pressed LP will come with an art print created exclusively for indie record stores – you can find out more information here.


“Record shops were really important when I was growing up. It’s something that’s in my DNA,” Gallagher said in an official announcement video. “I think if we can keep record shops open for as long as possible, we owe it to the young people of this country. For this year’s Record Store Day I’ll be getting involved. I’ve got something unique coming out.

“Hopefully the fans will like it and they’ll keep the flame burning for your local record shop.”

You can check out the full list of special releases for this year’s. UK Record Store Day here.