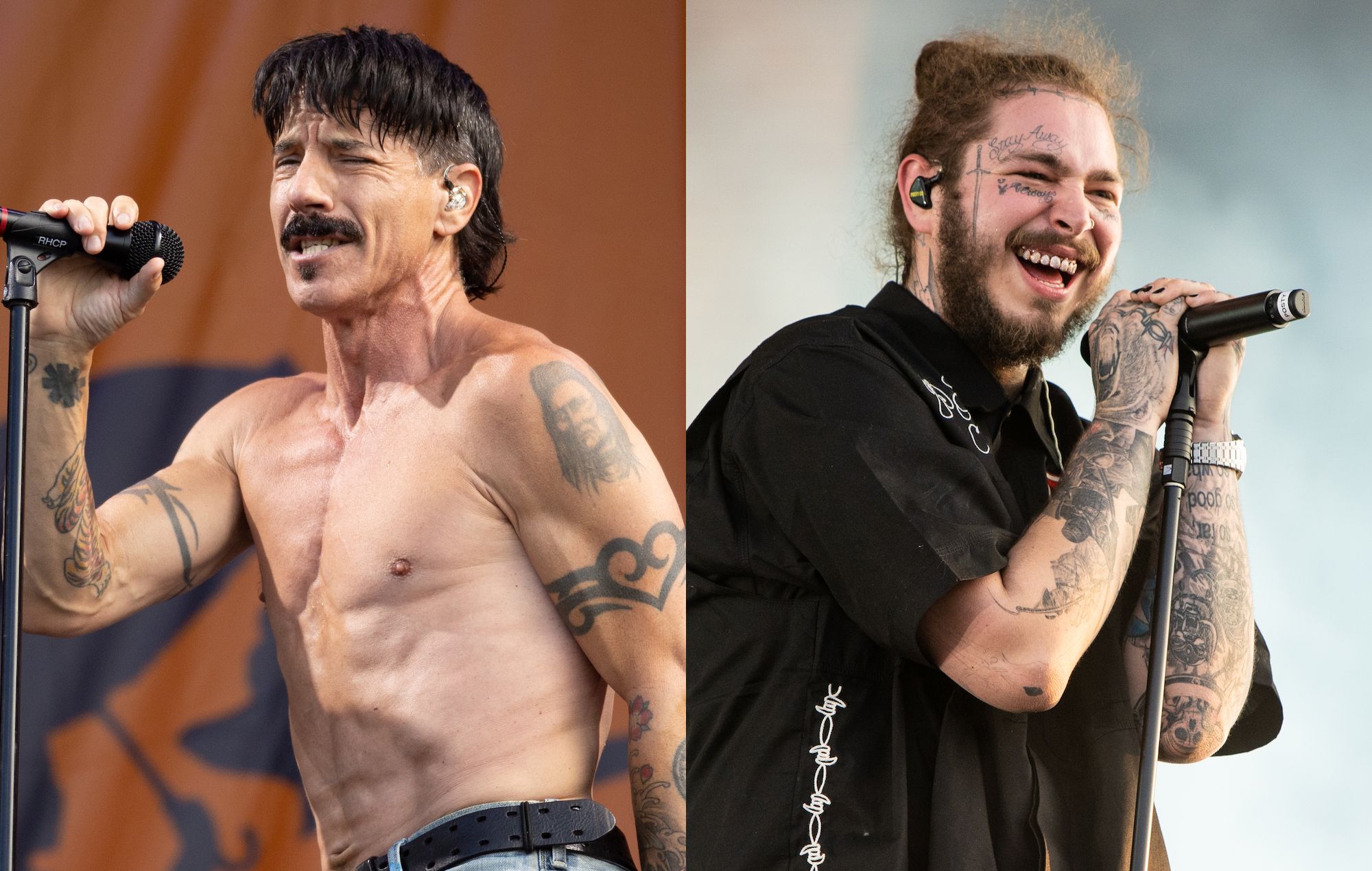 Red Hot Chili Peppers have announced a six-date tour of Australasian stadiums, for which they’ll be joined by Post Malone.

It’ll be the first tour for both acts in 2023, kicking off in the New Zealand city of Auckland on Saturday January 21. They’ll play in Dunedin next, before heading over to Australia for shows in Brisbane, Sydney, Melbourne and Perth.

Tickets for all shows can be found here. Those for the Auckland and Brisbane shows go on sale at 12pm next Monday (July 11), while Dunedin, Melbourne and Perth will all be available from 1pm, and Sydney’s from 2pm.

A pre-sale for Live Nation members will open this Friday (July 8), starting at 11am in Dunedin and Brisbane,12pm in Auckland, Melbourne and Perth, and 1pm in Sydney. Find details on the Live Nation pre-sales here (New Zealand) and here (Australia).

Additionally, Australian fans signed up with Telstra will be able to access a pre-sale this Wednesday (July 6), beginning at 10am in Brisbane, 11am in Melbourne and Perth, and 12pm in Sydney. Kiwi fans will have a similar pre-sale via Vodafone, with Dunedin’s starting at 10am and Auckland’s at 11am. Find details for the Telstra Plus pre-sale here, and for the Vodafone pre-sale here.

Reviewing the Chili Peppers’ recent show in Barcelona, NME’s Ali Shutler said: “The second Anthony Kiedis struts onto the stage and launches into a thundering ‘Can’t Stop’, the Chili Peppers are urgent and excited. What follows next is a viciously playful 100-minute set that sees the band show off their impressive legacy but also underlines why they’re still such a daring rock band.”

Meanwhile, last Friday (July 1) saw the Chili Peppers cancel a show in Glasgow just hours before it was due to begin, citing an unknown illness. Thundercat was meant to open the show, but instead performed a last-minute headline gig in a club. A$AP Rocky was due to open for the Chili Peppers at an earlier show in Manchester, but was so late to arrive that he ended up performing his 20-minute set after the band’s own.

The Chilli Peppers are still underway with the European leg of their ‘Unlimited Love’ world tour, with a North American leg set to begin next month.

Upon its release, ‘Unlimited Love’ quickly became the best-selling rock album of 2022 so far, racking up more than 145million streams and 97,500 album sales in the first two weeks of its release.

The band have also said that they have a “loose plan” to release another new album in the immediate future “We’re gonna put out music by the handful – literally,” singer Anthony Kiedis told NME. “Don’t be surprised if another wheelbarrow of songs comes your way in the near future. We have a lot of shit to turn people onto.”