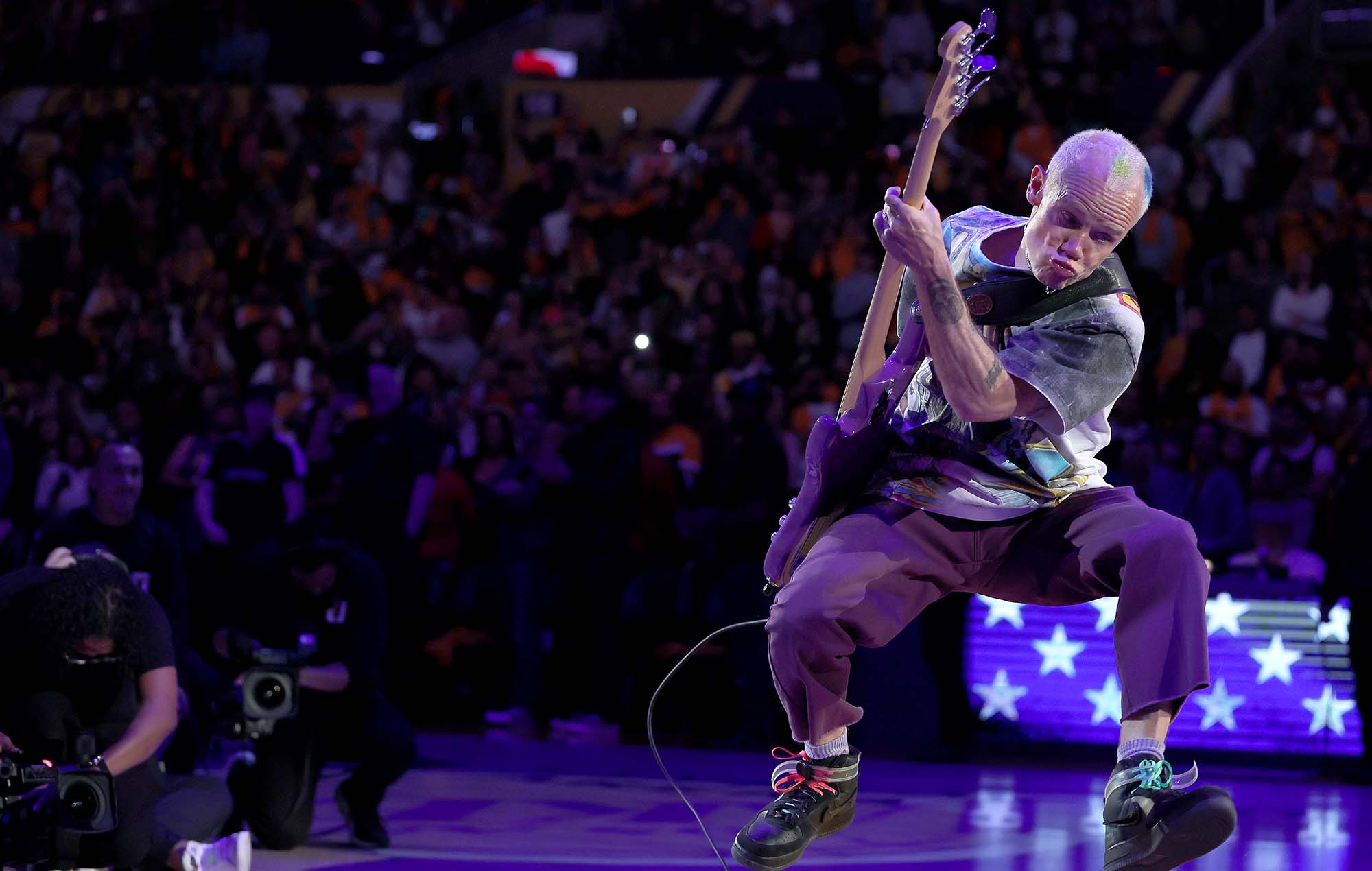 Red Hot Chili Peppers’ bassist Flea recently performed a wild and distorted rendition of the ‘Star-Spangled Banner’. Watch a clip of him playing below.

The rock aficionado wielded a Lakers-branded bass, providing his own intense spin on the song.

“I was so happy to have had a brief conversation with Kareem Abdul Jabbar before I walked out there,” Flea said via Instagram.

He continued: “Knowing Kareem’s deep love for and knowledge of jazz, I told him I would do a Charlie Parker riff, which I did in the second stanza (on the word ‘fight’.)”

He also wrote about his fellow RHCP bandmates, noting that frontman Anthony Kiedis and drummer Chad Smith were both in attendance and that “everyone got a bitchin RHCP hoops shirt.”

The band released their 12th album, ‘Unlimited Love’, last month via Warner. In a four-star review of the record, NME’s Ali Shutler wrote: “There’s a lot to ‘Unlimited Love’, both in scale and ambition. It’s at once familiar – without being boring – and fresh (but never at the expense of the band’s identity).”

Sales-wise, the album is currently on track to top this week’s UK chart, outselling its closest competition – Ed Sheeran‘s ‘=’ – by 8:1. If it holds on until Friday (April 8), it will be the Chili Pepper’s fifth UK Number One album, and the band’s first in over a decade – their last being 2011’s ‘I’m With You’.