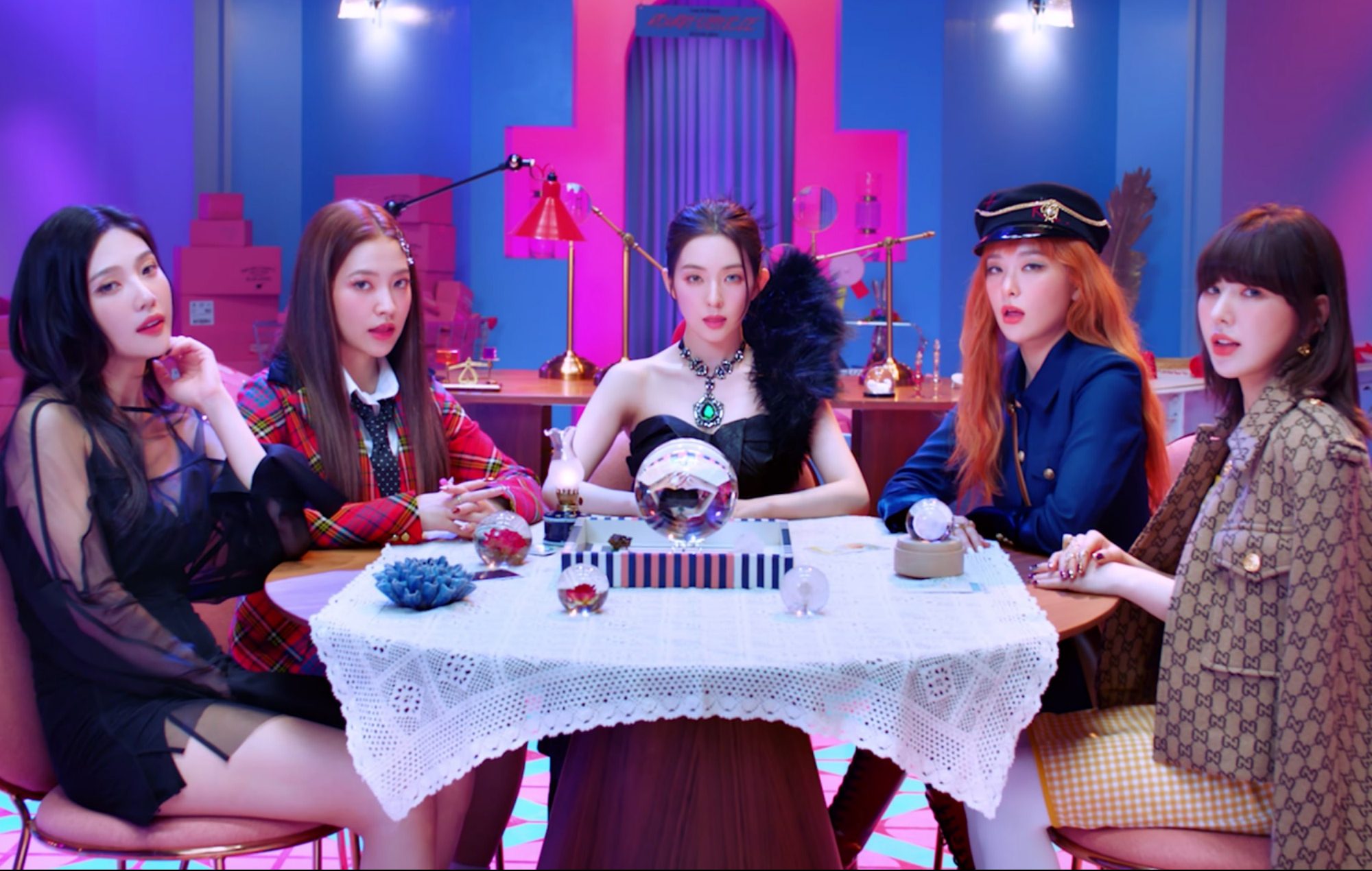 On August 16, the five-member group returned with their sixth mini-album, alongside a whimsical, colourful new music video for the title track ‘Queendom’.

In the visual, Red Velvet wander through a series of magical corridors taking them across different realms. The girl group take viewers through a myriad of scenes, from a flying car, to a blindingly vibrant Alice In Wonderland-esque world.

“‘Cause we are kings and queens, put your hands up higher / The more it gathers, the more beautiful it gets, shining bling bling / Even if it rains, strong and beautiful / Rainbow completed in all different colours,” they sing on the uplifting and bright track.

The group had gone a short hiatus after their main vocalist Wendy suffered a stage accident at the end of 2019, which left her hospitalised for several months. She officially returned from hiatus earlier this year with her debut solo album ‘Like Water’. Around the same time, fellow member Joy also made her solo debut with her remake album ‘Hello’.

Using a “vintage store” concept, the project took fans on a trip down memory lane, showcasing costumes and objects from the group’s previous music videos. It also featured the ‘Queens Archive’ video series, comprising mini-music videos for beloved B-sides such as ‘I Just’, ‘Bad Dracula’ and more.