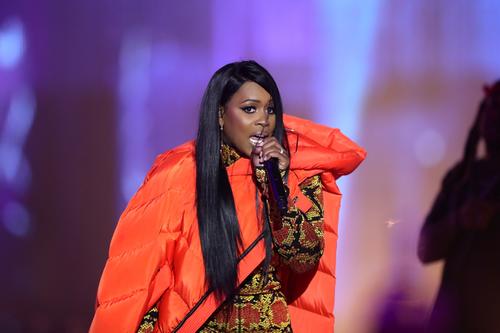 As is true to her form, very rarely does Rem hop on a track and not remind rivals and fans alike her top tier status and “Roll in Peace” is anything but an exception.

“You can’t fuck with me baby you don’t understand bitch/This for Remy Mafia I do this for my fans bitch/I get 100 bands bitch/You ain’t even got no man bitch/Why would I give you a chance shorty when I can give you these hands bitch?/You don’t want no smoke with me/You really a joke to me,” she unleashes.

The easiest way to chalk this up would be to place Nicki Minaj on the receiving end bars such as these, but given Remy’s recent spat with Azealia Banks who even threatened to take legal action, it’s logical to peg Banks as the target here.

Of course, the Internet had much to say on the perceived shots and plenty opinions came in tow along with speculation that Cardi B could possibly be somewhere in this equation. Given the two women’s past encounters including Remy bringing out Cardi along with other notable female emcees past and present during her Hot97 Summer Jam set, it seems unlikely.

Check it out below and decide for yourself.