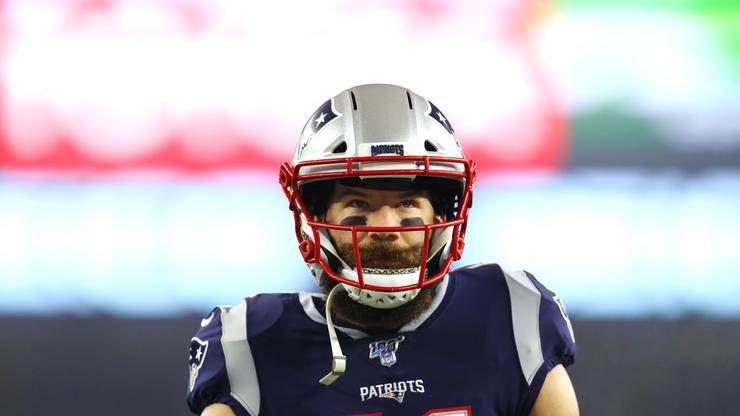 If only the Patriots were still in the playoffs, this wouldn’t have happened.

Sources in law enforcement tell TMZ that Edelman had been walking alone in Beverly Hills at 9 PM when he jumped onto a car and began damaging it. Police who were working on a nearby robbery case were flagged down and told what was happening.

Police sources also tell TMZ that it was apparent Edelman had been drinking when he was arrested.

The L.A. County D.A. will decide whether to file charges and TMZ says the case will be buried if Edelman “squares up with the owner.”

Edelman and the Patriots would be playing against the Chiefs this weekend, had it not been for the Wildcard loss to the Titans last week. Edelman caught 3 catches for 30 yards in the teams’ 20-13 loss. On the season, he recorded 100 receptions for 1117 yards and 6 touchdowns.

Fog clouds the Patriots’ future as Tom Brady, Bill Belichick, and Josh McDaniels could all either retire or be working for different teams next season. Yesterday, Brady, on the teams’ future, told Jim Gray, “We are a week removed from the end of our season. There is a lot of time to figure these things out. I don’t think any player or team is ready to make any commitments at this point, and I’m sure as the offseason progresses those things will take care of themselves.”