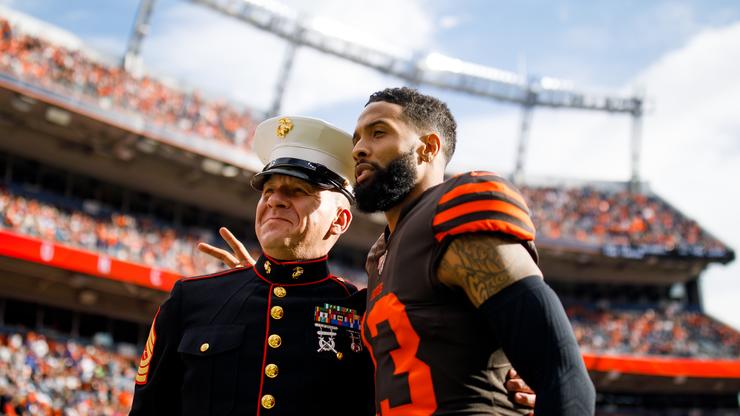 Is there truth to these rumors?

“Odell Beckham has told other players and coaches before games, during games, ‘Hey, come get me,'” Glazer said on Fox Sports today. “I don’t see that relationship ending well for them after this year.”

Rumors were sparked when Beckham answered a question about his future earlier this week: “No one knows what the future holds tomorrow,” Beckham said. “I couldn’t tell you. My locker is right next to one of the people that mean the most to me in the world. I think about coming to work and seeing him every single day and how special this could be, so I couldn’t sit here and tell you whether I’m going to be here, want to be here, don’t want to be here. This is exactly where I’m at right now, and I wouldn’t rather be anywhere else.”

Later, when rumors about his discontent started, Beckham tweeted: “Ok😑😑😑… I NEVER said I was not happy in Cleveland, just like everyone else I’m hopeful for better results. Period. Next story plzz 😭 …”

The report comes after news of Beckham dealing with a sports hernia that will require surgery in the offseason broke this morning.