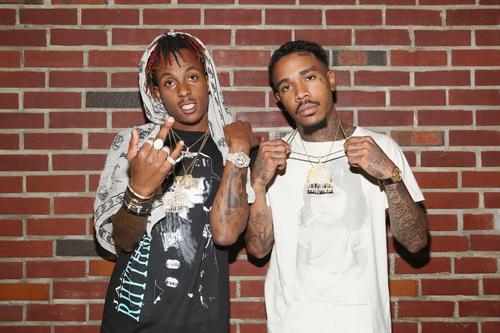 Rich The Kid’s on his way to making even bigger waves this year than he did last. It’s common knowledge at this point that Rich The Kid is a voice and personality his own that starts trends rather than following them. In 2016, he launched his record label, Rich Forever Music, and since then he’s released four projects with his label. Today, he announces that Rich Forever Music will be dropping another one this year.

Rich The Kid took to social media today to announce the upcoming Rich Forever 4. “Rich Forever 4 is on the way *PAY ATTENTION*,” he wrote on Twitter and attached the project’s album cover along with it. The cover consists Jay Critch, Rich The Kid and Famous Dex as Anamaniac characters popping out a pseudo Warner Bros. logo. He’s yet to announce a release date for it but we’re hopeful it drops in the coming months.

Aside form working on the upcoming collaborative project with his team, we’re still waiting to get more information on his debut project. In June last year the rapper revealed that he penned a deal with Interscope Records. A few months later, he wound up recruiting Kendrick Lamar for one his biggest songs to date, “New Freezer.” Since then, Rich The Kid’s been grabbing the attention a much wider audience. He’s dropped f several collaborations and remixes within the past few weeks including Rae Sremmurd’s “Perplexing Pegasus” and Cuban Doll’s “Unbothered.”