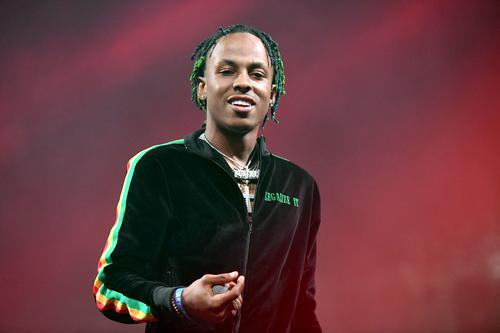 Rich The Kid’s been having a great few months thusfar. As the rapper’s been gearing up to drop his debut album through Interscope, he’s been enjoying the fruits his labor. However, the rapper’s manager recently got the two taken f the flight earlier today (Jan. 9).

Rich The Kid and his manager got thrown f their American Airline flight earlier today, according to TMZ. The gossip site reports that the rapper and his manager were on their way to L.A. when RTK got up to use the washroom on the American Airlines flight prior to reaching the gate. However, the rapper was told he needed to sit down while they were taxiing which led to his refusal. His road manager later involved himself and allegedly, he threatened to cut the heads f the flight attendance.

According to the report, Rich The Kid wasn’t arrested but his road manager caught a misdemeanor criminal threats charge.

RELATED: Rich The Kid Explains How Kendrick Lamar Joined Him On “New Freezer”