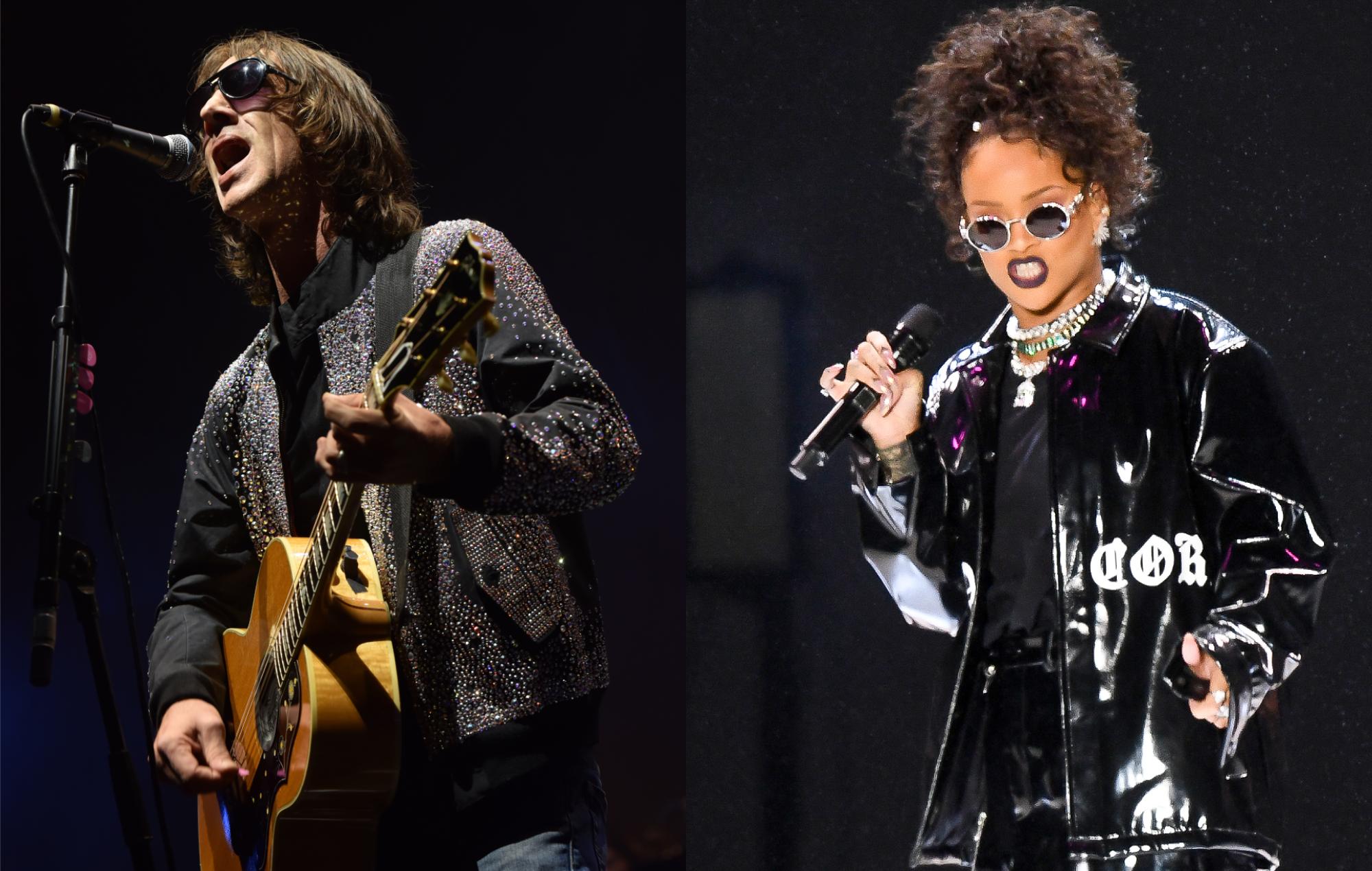 Richard Ashcroft has said that he wants to write hits for Rihanna.

The former The Verve frontman said in a new interview that he’d like to write for the Bajan pop star – and thinks he’d be good at it because he pens “big melodies and big choruses”.

He told the Daily Star‘s Wired column: “A big thing I want to do is write for other people. I want to know who writes for Rihanna and get an introduction.”

The musician, who recently released an album of acoustic reworks, ‘Acoustic Hymns Vol. 1‘, added that he would also like to write for Adele. “Adele would be great, but there’s big competition there. I like big hits. I write big melodies and big choruses.”

He added: “I like singers where you know the chorus will be heard by billions of people.

“That’s not for the dough, but the idea that you can get your melody heard by so many people.”

Ashcroft also said that he’d like to get into the studio with his friend Liam Gallagher one day. “I’d love to write a song with Liam. If he’s up for it, I’m up for it,” he said.

“I’ve got loads of ideas for what me and Liam could do and I’d love it if we had a bit more time to make it happen.”

Ashcroft’s comments follow claims he made last week that Netflix wants to make a docudrama about the ‘Bitter Sweet Symphony’ copyright dispute.

The singer-songwriter was at the centre of an infamous copyright row with The Rolling Stones’ ex-manager Allen Klein over its sampling of the Stones’ ‘The Last Time’.

The dispute was resolved in 2019, with Ashcroft and The Verve no longer having to pay royalties to Klein’s company ABKCO. Speaking to the Daily Express, the band’s frontman said: “The way [the song] has come back to me is fantastic.”

He continued to say that Netflix was looking at making a docudrama about the dispute. “I saw an absolutely terrible script Netflix were going to do about ‘Bitter Sweet Symphony,’” he said. “It was an insight into just how far from reality these shows can go.”