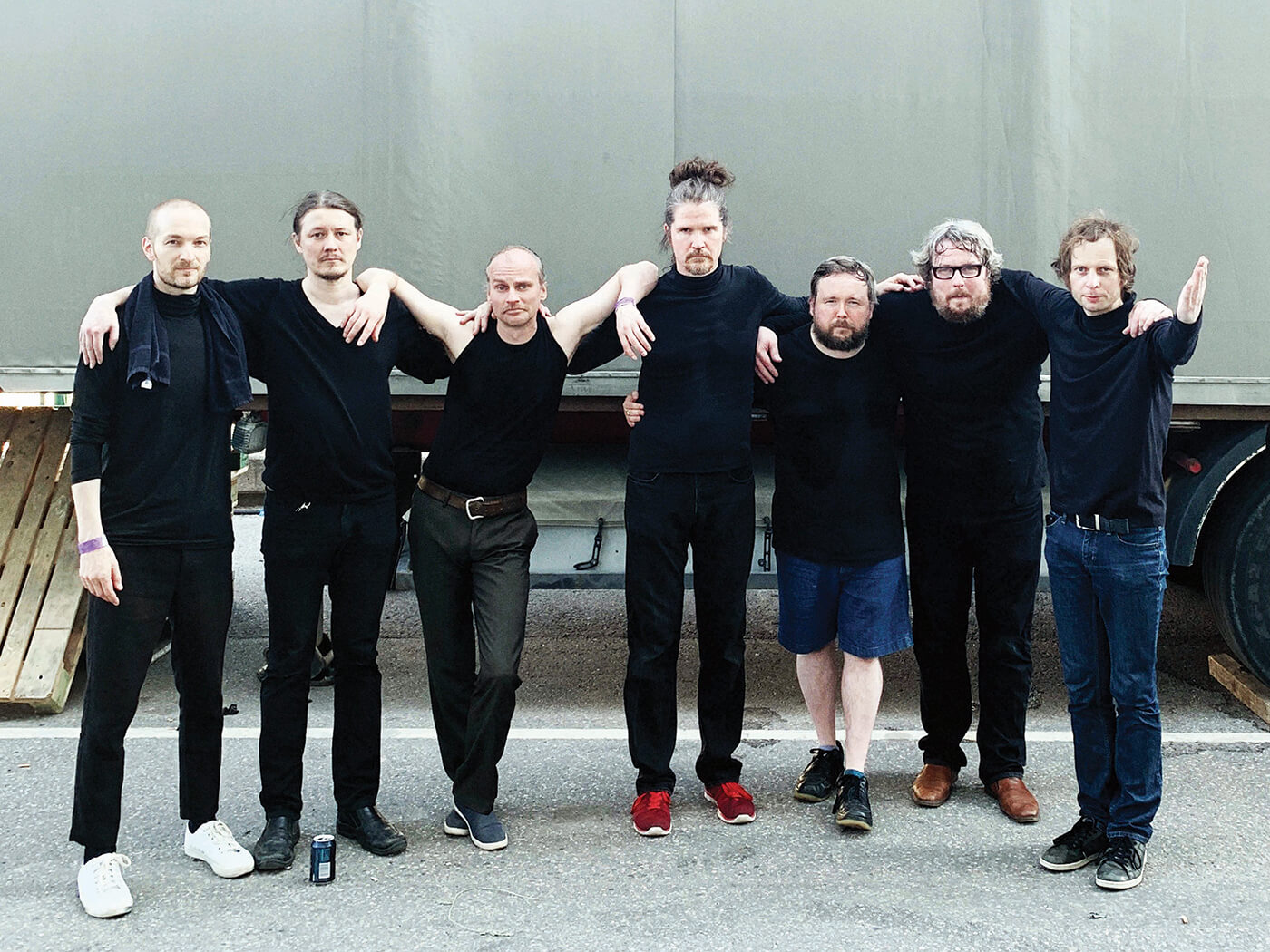 When Richard Dawson picked his favourite records for Uncut in 2017, his choices provided an unusually deep insight into his music. Mix Éliane Radigue, Orchestra Baobab and Sun Ra and you may, if you’re as talented and hard-working as the Newcastle songwriter, end up with records as special as Peasant or its 2019 follow-up, 2020.

Dawson’s first choice for that list, however, his earliest mind-blowing moment, was Iron Maiden’s self-titled debut. Their influence has always been present in his music, from his bellows and screeches, and Peasant’s dissection of medieval matters, to the chugging gallop of 2020’s “Jogging”. Henki, however, is Dawson’s first actual heavy metal album. He’s long been a huge fan of Circle, and described being invited onstage with them at Helsinki’s Sideways Festival in 2019 as “like being a teenager and suddenly being asked to go onstage with Iron Maiden”. The group soon suggested making a full album together, and the bulk of it was tracked in their hometown, Pori, before the pandemic hit.

While Dawson often flirts with conceptual and aural overload, teetering deliriously close to ‘too much’, his Finnish collaborators joyously hang-glide across that abyss – over their 30-year career they’ve produced a mountain of albums, and gone through almost as many members as they have genres. Generally, though, a Circle album will encompass metal, heavy rock, ambient drones, free jazz, electronica, folk and even funk.

Perhaps it’s a surprise, then, that Henki sounds as cohesive as it does. There’s no sense of compromise or awkwardness in these seven long tracks – Dawson and Circle fit together naturally, as if they’d been lifelong collaborators.

Adding Dawson means four guitarists, and Henki makes the most of its six-stringers: “Methuselah”, “Ivy” and “Silphium” feature brilliant harmonised solos, while one section of “Ivy” shows off intertwining riffs on both electrics and acoustics. There are pile-driving, heavy-rock rushes: the manic metal that opens “Pitcher”, taste be damned, and in the charging middle section of “Methuselah”, a reminder of just how thrilling unselfconscious rock can be.

The word “section” is necessary: these songs are twisting labyrinths, artfully built out of disparate materials. What Dawson said of Maiden in 2017 – “I loved the raw sound of it, but there’s also stuff in there that’s as complex as classical music” – could also apply to Henki: “Silphium”, a 12-minute epic originated by the singer, incorporates sinuous motorik, a jazzy breakdown and finally free improv suggestive of King Crimson at their most abstract. At the eight-and-a-half-minute mark, the opening section begins to re-condense from thin air and the motorik begins again.

The music is only half the appeal, though. While Dawson has previously learnt about the art of weaving and researched fatal incidents in a 17th-century scrapbook to prepare lyrics, for Henki he immersed himself in the subject of ancient flora. “Silene” is sung from the viewpoint of a seed, buried by a squirrel 32,000 years ago and “preserved in the permafrost/Surrounded by woolly rhinoceros bones/Unearthed by a research team from Moscow…” That its eventual “germination inside of a test-tube” feels ecstatic is testament to Dawson’s power to draw an emotional story out of scientific and historical material.

“Ivy” deals with Greek myths, from Ikarios, “taught the secret of winemaking” by the gods and promptly murdered by shepherds who believed he had poisoned them, to Midas, tormented by his greed: “The petals of his flower petrified, falling scentless/Reaching out to hold his daughter, he recoiled in horror as she froze in his embrace.” “Silphium” begins and ends in Cyrene, a port in present-day Libya whose main trade was the mysterious Silphium plant – “the silvery cold of a coinface,” sings Dawson, beautifully alluding to the plant’s appearance on Cyrenean currency.

There are modern historical figures too: “Cooksonia” is narrated by the late botanist Isabel Cookson and mentions her colleague Ethel McLennan, while “Methuselah” references Donald Currey, a geographer who unwittingly felled a 5,000-year-old tree while “searching for the oldest living bristlecones/On a former glacier in the Snake Ridge of old Nevada”.

Not that Henki is that cerebral, of course: this is the sort of album where the word “lightning” is followed by the sound of thunder. It is, in other words, a lot of fun. Everybody wins, too: freed from his complex finger-picking, Dawson is able to soar gloriously over Circle’s layers of sound, while the group are stronger with his mighty voice and melodies elevating their tumult. The rest of us are just lucky to be able to dive into these seven songs, as heavy as Redwood trunks and as complex as cladoxylopsids. Cue thunderclap.