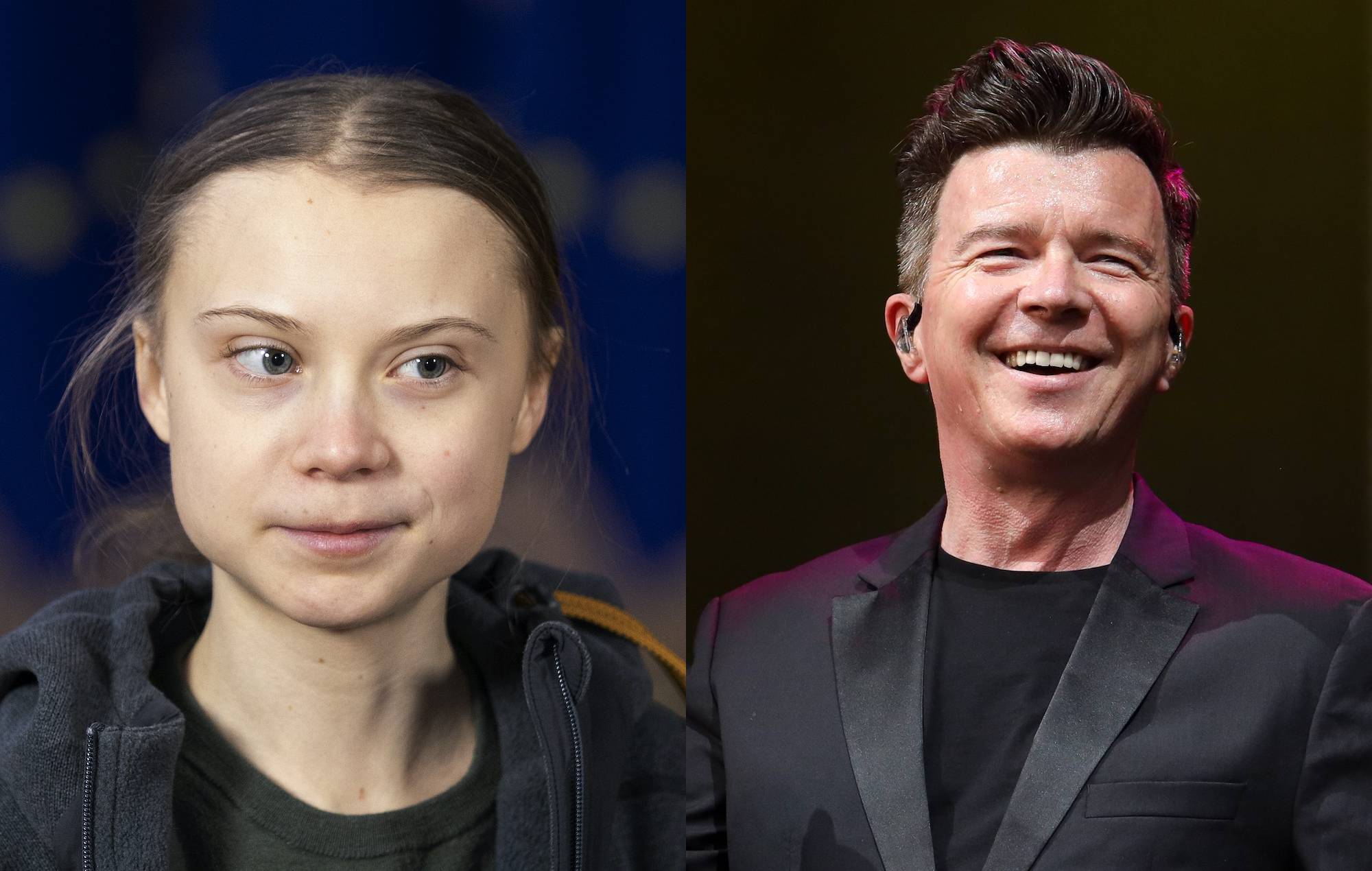 Rick Astley has shared his approval of Greta Thunberg’s recent trolling of her audience by ‘Rickrolling’ the Climate Live concert in Stockholm.

The environmental activist began her speech on Saturday (October 16) as expected with important messages on climate action, before slipping in the familiar phrase: “We’re no strangers to love…”.

As the crowd cheered, immediately understanding the reference, a fellow activist joined her on stage to complete the lyric, with Astley’s 1987 classic ‘Never Gonna Give You Up’ continuing in the background.

Sharing the clip on Twitter, Astley tweeted his approval, commenting in Swedish: “Fantastic and Tack så mycket! Rick x”, which translates to “thanks so much.”

The clip was originally shared on Climate Live’s official TikTok account, where the pair of activists can be seen singing, dancing and laughing along to the song.

“At the end of the day, we are just teenagers fooling around with each other, not just the angry kids the media often portrays us as,” Thunberg told Swedish newspaper Aftonbladet.

Earlier this year, Thunberg called on humanity to take “brave” action to avoid a catastrophic climate change crisis, in the wake of a report from the Intergovernmental Panel on Climate Change (IPCC).

Reacting on Twitter, the activist wrote: “The new IPCC report contains no real surprises. It confirms what we already know from thousands previous studies and reports – that we are in an emergency. It’s a solid (but cautious) summary of the current best available science.

“It doesn’t tell us what to do. It is up to us to be brave and take decisions based on the scientific evidence provided in these reports. We can still avoid the worst consequences, but not if we continue like today, and not without treating the crisis like a crisis.

This comes after Astley recently played two Smiths tribute shows with Blossoms, to great critical acclaim. While Morrissey was pleased with the tribute, his former bandmate Johnny Marr was less impressed when the gigs were first announced.

A week later, Marr told NME that the issue had been “dealt with”, adding of his grievances: “There was an M.O. there that just wasn’t very cool.”